Missionary Experience: To live the present with passion 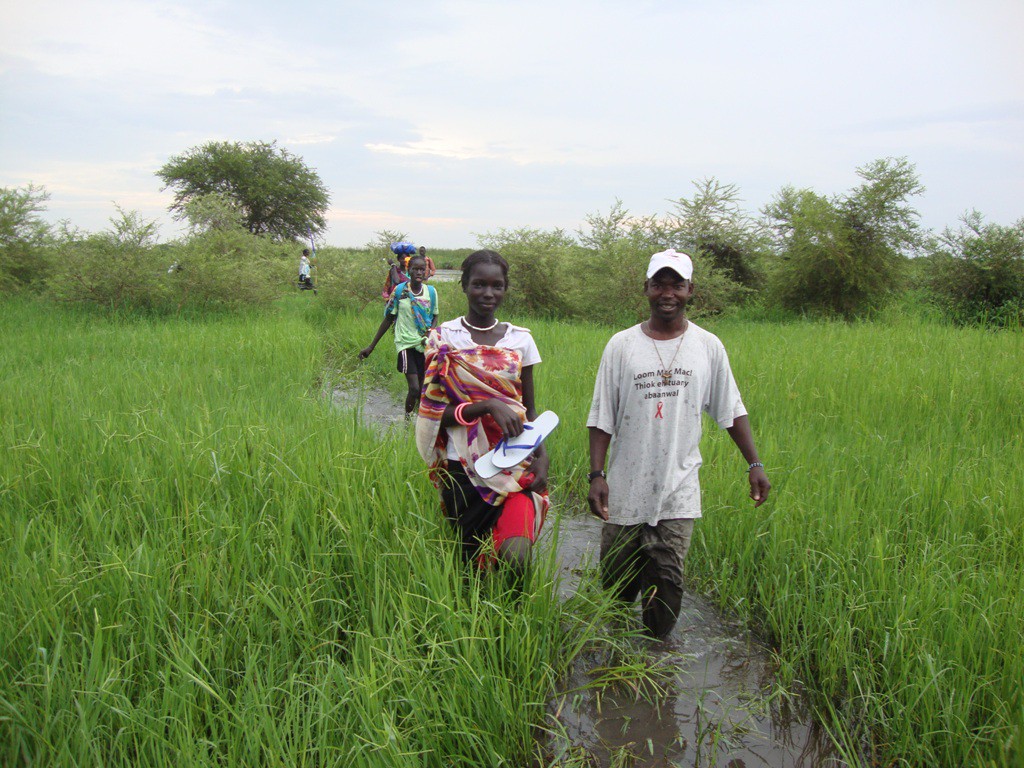 Father Alfred Mawadri, a young Ugandan Comboni Missionary, talks about his pastoral activities in one of the most remote Comboni missions in South Sudan.

Our mission in Old Fangak is the remotest in South Sudan, located in the northern part of Jonglie State, in the diocese of Malakal. There are no roads; no vehicles, motorcycles, bicycles, or mobile telephone networks. Because it is a remote place, Old Fangak has become the safest place in South Sudan since the beginning of the current conflict, and many people have taken refuge in the area. As a result, our population has tripled.

We live among pastoralists – the “Nuer”, who call themselves “Naath”, meaning “the people”. We dedicate our lives to caring for the different communities in and around Old Fangak, promoting education and women’s rights and empowering local people to build a better future. It takes 4-5 days by foot to reach the farthest communities in Ayod! We cover an area of 30-40 thousand square kilometers and all our pastoral visits are done on foot.

Most of the pastoral outreach is made possible through the catechists, who stay in the villages. They keep the Christian communities together and in fervent faith. About 98% of the population in the area is illiterate, and the majority of the women can hardly read or write. Since the start of the conflict in December 2013, the only functioning primary schools in the whole region have been the three which we have assisted.

The South Sudanese conflict is still ongoing, and our region is under the control of the rebels (the SPLM in opposition). Being in rebel territory has proved to be an obstacle for the mission. Although the rebels respect us missionaries, we cannot perform our activities with freedom, because we are constantly monitored. It is even more risky for me as a Ugandan to be here, given the military intervention of Uganda in the conflict. I have to remain prudent in what I say.

The current conflict can be understood as a continuation of unresolved internal tensions in the south of the country which were perhaps never adequately addressed by the Comprehensive Peace Agreement (CPA). Contrary to its name, the CPA was in reality an elitist bargain between Sudan’s ruling National Congress Party and the strongest element of the southern resistance, the Sudan People’s Liberation Movement Army (SPLM). It was not comprehensive at all, because it did not include other political parties, groups of rebels, armed militia, nor the local people. It was an agreement solely between the SPLM and the Khartoum government, and there was no proper process integrating the militias into a single national army. Many soldiers remained faithful to their leaders, so that when the current conflict started, the soldiers were able to regroup very quickly under their leaders. With the rainy season well underway and peace negotiations not having made much tangible progress, the conflict has now settled into a stalemate.

According to the latest UN report, thousands have died in the fighting; 400,000 have become refugees in neighbouring countries; and 1.1 million have been internally displaced. By August 2015, an estimated 3.9 million people were facing alarming levels of food insecurity. Many child soldiers have been drafted into the army; recently about 1,500 children and youths have been recruited in our mission area.

Every day, in our mission in Old Fangak, we can hear gun shots. People are traumatised; living in fear not knowing what will happen tomorrow or next week. The conflict has disrupted the only affordable transport system on the Nile – boats that connect our area with other towns. This has become a problem for our basic human needs: soap, salt, sugar, clothes, and so on.

In addition to us, there were other two Comboni Missionary communities established among the Nuer pastoralists: the Ayod and Leer communities. But last year, Ayod was captured by government forces and the entire population fled. The two elderly Missionaries fled with the community and settled in Mogok. They have been pastorally assisting the local communities by running a wartime emergency school. Leer mission was in the war zone; it was closed last year after being looted by both the SPLA and the rebels. The Comboni Missionaries were forced to flee into the bush and stay there for many days, until they finally had to vacate because of the lack of adequate security. Only recently have they resumed some of their missionary activities in Leer. Our life in this challenging mission reminds us of Pope Francis, who advised in his Letter for the Year of Consecrated Life:

“Remember the past with gratitude, embrace the future with hope, and live the present with passion”.