Comboni Bishop of Bangassou: “Pope Francis managed to leave all Central Africans with a smile” 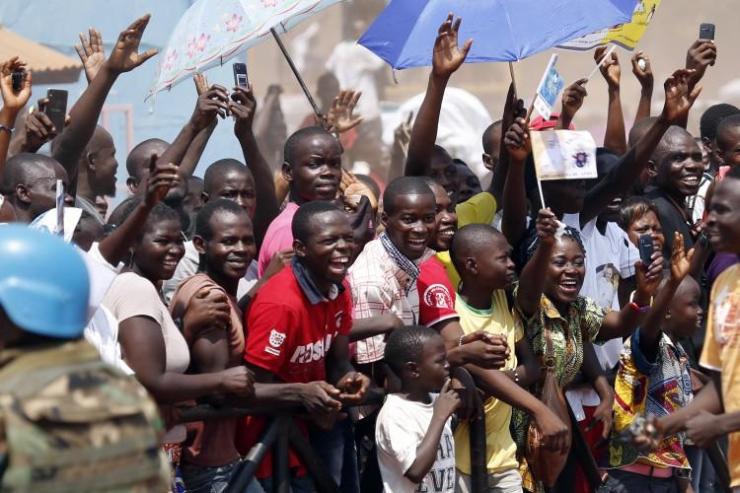 Monsignor Juan José Aguirre Muños, Comboni Bishop of Bangassou, commented: “Seeing the Pope’s smile at the time of his departure for Rome filled us with joy”.

“Everyone was happy to see how the crowd was united as a single person with Pope Francis.”

Asked for his impression of the papal visit to a mosque in Bangui, the Bishop said: “In my view, the most significant thing is the calm in which it was held, and that nothing bad happened. The Holy Father was greeted by a crowd of 300 people, who were very impressed by the fact that Pope Francis prayed in their place of worship for five minutes”.

Father Pietro Ciuciulla, General Assistant of the Comboni Missionaries, was also in the country during the Pope’s visit. He said: “Each time the Pope spoke of fraternity and peace, the crowd approved, cheering and applauding”.

During his visit, Pope Francis opened the Holy Door of the Cathedral of Bangui, leading an early inauguration of the Jubilee Year of Mercy. Reflecting on this significant moment, Father Ciuciulla said: “The Pope explained that in that moment, Bangui became the ‘spiritual capital of the world’. In a city still torn by violence, this gesture means expressing trust in its residents and their strength to lift themselves from this situation, embracing the path of forgiveness and peaceful reconstruction, in fraternity. Christians must be the source of this”.

Father Ciuciulla also reported that during his visit, the Pope launched an appeal to the citizens of the nation, afflicted by civil war for nearly three years now. Pope Francis said: “Dear Central Africans: May you look to the future and, strengthened by the distance you have already come, resolutely determine to begin a new chapter in the Christian history of your country, to set out towards new horizons, to put out into the deep.” This last part is a reference to the motto of the papal visit, “Cross to the other side”.

He finished by saying: “Each of you is called to be, with perseverance of your faith and missionary commitment, an artisan of the human and spiritual renewal of your country”.