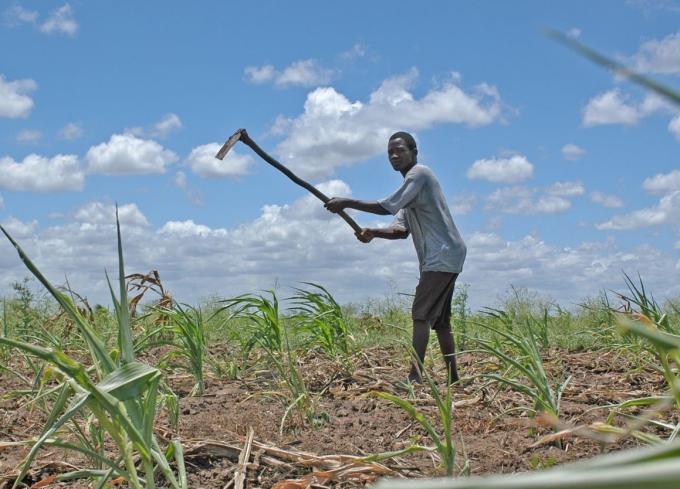 A special and unique pan-African conference on land grabbing and just governance was held recently in Nairobi, Kenya.

Land grabbing – the buying or leasing of large pieces of land in developing countries by domestic and transnational companies, governments, and individuals – is a serious food security problem across Africa, requiring more urgent attention from governments, civil society, and Churches. It has already dislocated hundreds of thousands of people from their land, deprived them of natural resources, and threatened their livelihoods. The cry of citizens and peasants is resonating across Africa: “We produce what we don’t eat; we eat what we don’t produce!”

The conference was organized by the Symposium of Episcopal Conferences of Africa and Madagascar (SECAM), the Africa Faith and Justice Network (AFJN), the Africa Europe Faith and Justice Network (AEFJN), and the International Alliance of Catholic Development Agencies (CIDSE), with the Association of Member Episcopal Conferences in Eastern Africa (AMECEA) acting as host.

Comboni Missionary Father Daniele Moschetti, who attended the conference, said: “We are witnessing the biggest land grab in modern history in Africa. More than 60% of global land-grabbing cases are in Africa, with deals sealed for 39-99 years between investors and African political leaders. These leaders – discarding the wisdom of the African ancestors that ‘We who are alive now do not inherit the land from our ancestors; we borrow it from our children and grandchildren’ – mortgage the resources of future generations for a ‘bowl of soup’.”

“Investors and their collaborators act with impunity when they claim ownership of the land: violating the rights of the local people, relocating them from their homes and their ancestral sacred rites, and threatening their livelihood and that of future generations. The land grabbing is at its most intense this time, with more exploiters participating in the practice – achieved through devious ‘legal’ contracts facilitated by collaborators. Land grabbing and corruption run on the same road.”

The conference documented the state of land grabbing in Africa with official statistics, highlighting cases of resistance across the continent as well as the response of the Church and its increasing engagement on the issue. The Church is spreading awareness of the fact that resisting land grabbing is part of evangelisation, and that it represents a due cause for the communities of peasants, pastoralists, women, and young people who are still very much dependent on their land and on agricultural production.

The conference participants developed strategies to support and strengthen local communities in their efforts to stop this menace, by building resilience through local, national, and international networks. People who care for the poor and marginalised need to increase awareness, propose actions, and advocate for the oppressed. The participants felt the importance of solidarity and a unity of intentions, and of following what an African proverb reminds us of – the strength of working together: “When spider webs unite, they can tie up a lion”.

For this reason, the written final commitment mirrors the intensity of the people’s desire to work hard for future generations of the continent. The title of the commitment is also an invitation to all: “Our land is sacred, our land is our life, our land is not for sale!” A great hope and challenge for the people of Africa.

PreviousMother Teresa set to be canonised in September 2016
NextPope Francis: Mercy, not Judgment