Brazilian Catadores: A Path of Dignity 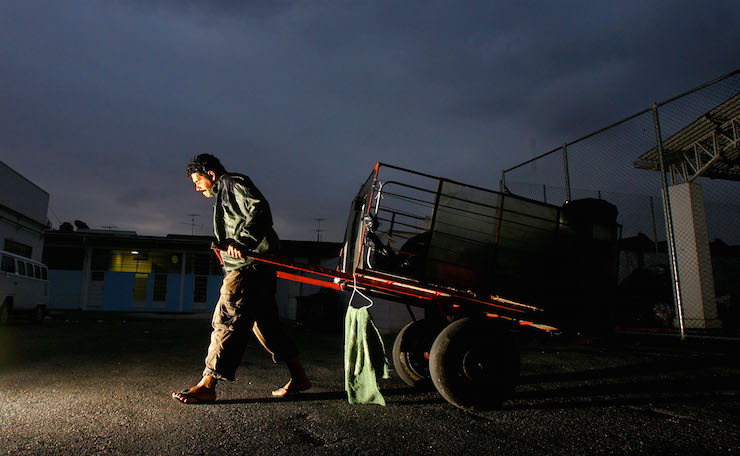 A Comboni Community living on the outskirts of Santa Rita, a city in the state of Paraiba in northeast Brazil, shares a story of its waste pickers – a tale of redemption that shows the way to hope.

Marcos Moura is one of the poorest and most violent areas of the city of Santa Rita, where a criminal gang known as “Al-Qaeda” controls the drug trade, inspired by the terrorist network of the same name. The district is home to about 40,000 inhabitants – 80 percent of whom live under miserable conditions. Everything is precarious there: the schools, health, trade – it is a forgotten neighbourhood. The inhabitants of Marcos Moura have been deprived of everything; even of their dignity. As Pope Francis would say it is a barrio, or neighbourhood, where people are discarded as if they were trash. In the absence of alternatives, many families in this barrio earn a meagre living by sieving through rubbish; collecting, sorting, and selling it. Only in this way can the catadores – waste pickers – provide their children with food.

Two years ago, the Comboni Community launched Projeto Legal, which sees about 120 children in difficult conditions receive two meals a day, as well as a place of recreation. The Missionaries also opened the Casina Felice (“Small Happy Home”) – a play centre for children.

The catadores, often marginalised and forced to survive by collecting garbage, have decided to share a special experience of love and solidarity with the Comboni Missionaries.

Today, the catadores are respected people because of their commitment to hard work. The uniform they wear symbolizes an organised group which prevents recyclable materials from ending up in landfills, protects natural resources from use in production, and offers solutions to environmental problems. The catadores of the Cooperative lead a dignified life now, and know that they are citizens with rights and duties like everyone else. This a community characterised by great faith and hope for the future, made up of strong and capable entrepreneurs who are using their initiative to improve the world they live in.

PreviousBethany: “Our hearts are open to all who knock at our door”
NextThe African Way and the Environment