The African Way and the Environment 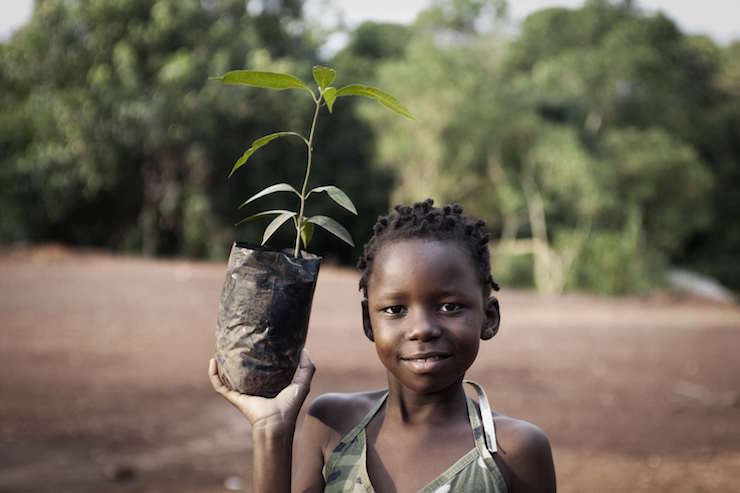 Many aspects of the world views and beliefs held in different African countries, which promote the sacredness of the universe and of all created beings, should be considered if contemporary Africa wants to preserve the environment.

This means that, though God, humans, and nature are distinct, they are interrelated and interdependent. Therefore, plants, animals, and other non-living beings are part of nature, which is the product of God’s creation. They deserve respect as much as human beings, who are also part of nature. Relations between people and nature are rooted in God – the creator of all. Plants, animals, minerals, and other inanimate beings form an interdependent whole, with humans at the centre.

In this African worldview, other beings were made to strengthen humans. All beings lived in peaceful and harmonious connection, thus strengthening humanity. In other words, in traditional African societies the world was a gift for the benefit of humanity. One sees this in the way most African ethnic groups define Mundu (a person). For instance, the Akamba will define Mundu according to their relation to nature and to others; and good acts are those that preserve harmony and peace in the community’s web of relationships.

Traditional African religions involve diverse practices, traditions, and customs through which people express themselves. The religious values beneath these practices helped people to maintain a good relationship with their environment. For instance, the Sukuma in Tanzania believe that some wild areas have a spiritual force. As a result, nobody can hunt, cultivate, or cut trees there. There is a cult for the spirits of the land who protect the soil, and for keepers of nature in places where traditional plants and animals live undisturbed. This cult involves offering sacrifices to appease the spirits of the land. Goats and cows are slaughtered, which is to ensure that human activities don’t disturb the environment.

In Malawi, the Achewa people consider the forest to be sacred. They have a hut where the chief offers sacrifice and prays for rain, fertility, and new life for the whole community. Forests are places of abundant life, to be revered and honoured. Nobody disturbs them because it would mean disturbing life itself. Sacrifices are offered to divinities, ancestors are venerated, and traditional Africans worship God to preserve an ecological balance. Through traditional community rituals – ceremonies, sacrifices, and prayers – people establish a good relationship with their environment.

In traditional Chagga society, when the weather was good people were in peace and harmony with nature, their ancestors, and God. If there was a drought, famine, or floods, then the Chagga believed they didn’t have a proper and good relationship with nature, their ancestors, God, and others. They believed people’s evil deeds towards nature upset the natural order God had established during creation, which put humans at the centre. To abide by God’s order, every individual in traditional African society had to strive to live an upright life. Everyone tried to maintain harmony in the community and to take care of the environment.

In many traditional African societies, people also believed that trees and forests manifest the power of the Supreme Being. They saw them as ideal places to meet God. Traditional African societies had many shrines associated with big trees like figs and baobabs. These, alongside the surrounding vegetation, were sacred places for worship. The Agikũyũ people regarded trees, shrubs, grass, and forests as valuable gifts from God. They performed sacrifices and made offerings under the mũgumo tree. Even today, you cannot cut a mũgumo tree, because it is sacred.

The Chagga thought of sacred trees in a similar way, associating extraordinary trees with God. They held much respect for these trees; no one could cut them, or collect firewood from their dry branches. Under these trees, named Kiungu or Kitasioni (“places for offering sacrifices”), people worshipped and offered sacrifices. This attitude preserved the trees, vegetation, and ecology. Africans didn’t attribute importance to trees and herbs only for spiritual purposes, but also because they were useful for human life. Apart from being symbols of God’s presence among people, trees, leaves, roots, and grasses also provided herbal medicines to humans, domestic, and wild animals.

The Maasai, who live in Kenya and Tanzania, respect trees and shrubs because the most important social gatherings in Maasai communities take place in their shade. The Maasai also have great respect and love for grass, which they consider a blessing of God for their animals and a valuable wealth. The Maasai also use trees for purification ceremonies and rituals, called naipok: the wood, bark, and leaves prevent bad luck. The special ritual value of trees and shrubs is closely associated with certain notions of Maasai cosmology.

African beliefs and taboos therefore help to preserve the environment, because people stop using resources carelessly. Ancient customs, which foster respect for sacred places, can lead the way in the contemporary mission to reduce degradation of the environment.