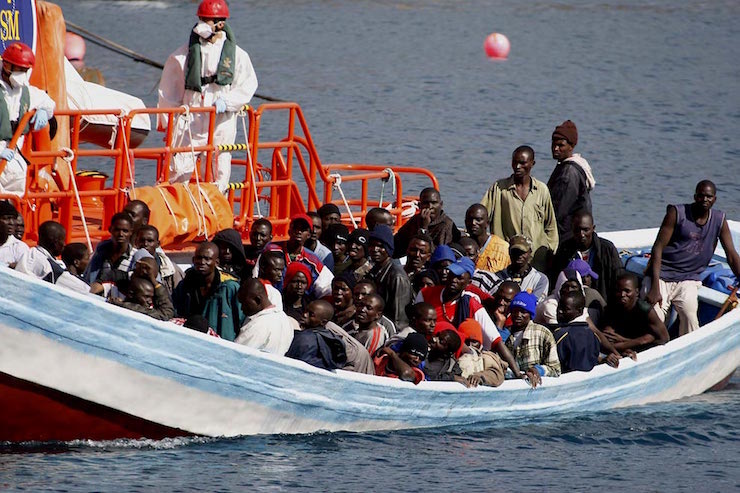 The refugee crisis is “one of the greatest challenges for the future and for the conscience of the European Union”.

“At a moment when ‘new nationalist sentiments’ are resurfacing and walls built up across the old continent, raising the ghost of the Iron Curtain, this time to fend off refugees and immigrants, we European bishops need to speak out as one, joining forces to defend a spirit of welcoming, giving concreteness to Europe’s Christian values”. Schönborn stressed that international, continental, national and regional congresses “are intended as a response to the Gospel call, which was emphasised by Popes John Paul II and Francis”.

The next European events will take place in Rome and will see those devoted to the Spirituality of Divine Mercy participate in the Jubilee with Pope Francis, on the evening of Saturday 2 April and at the mass in St. Peter’s Square on Sunday 3 April. One of the addresses will be dedicated to “Robert Schumann and political mercy in Europe”, an issue which Cardinal Schönborn has previously focused on, illustrating his answers with current examples. Schönborn said about Schuman, one of the founding fathers of the EU:

“The example of Robert Schuman is still current, the issue of mercy in politics is very current, just think about what the refugee challenge, for example, means for Europe’s politicians. Schuman, who experienced the tragedy of European division on his own skin, brought together the two cultures and sensitivities, through his own self and faith. He, along with De Gaspari and Adenauer, were among the great champions of European integration, which was a peace project, and as such a project of mercy too. Hence it is opportune to recall him as a figure today.”

The refugee crisis, Schönborn went on to say, “is one of the greatest challenges for the future and for the conscience of the European Union. It challenges the authenticity of its values, starting with the welcome given to people in difficulty”. As such, Schönborn hopes “that European integration will occur not just on a political, economic and monetary level, but that it will first and foremost imply the integration of values. It is opportune to remember Robert Schumann at this time, because we must not forget that Europe was blood and tears during centuries of war between Christians. And now, in the face of the immigration and refugee challenge, which is a big challenge, there is a risk of people retreating into their shell; of borders, barriers and walls being raised again. We are faced with a new Iron Curtain. The challenge is whether prudence, charity and Christian mercy can overcome fears. There are new forms of nationalism that seem to have been overcome, but here we are in the midst of a new wave of nationalism in Europe.”

Schönborn said that although John Paul II, Benedict XVI, and Francis in Strasbourg provided a vision of Europe, “we lack a common vision to some extent. I hope European bishops are able to send out a joint message, give joint encouragement, but to be quite honest, we are not there yet.”

According to Schönborn, “The primary duty is to help refugees, in compliance with national conventions. But then there is the issue of integration, and it is not a new problem: the Paris attacks were not carried out by newly arrived immigrants but by immigrants’ children or grandchildren. This shows integration efforts have not worked. In Austria we have young people leaving to join Daesh; they are not refugees who have grown up in Austria. So the problem extends beyond the refugee issue.”