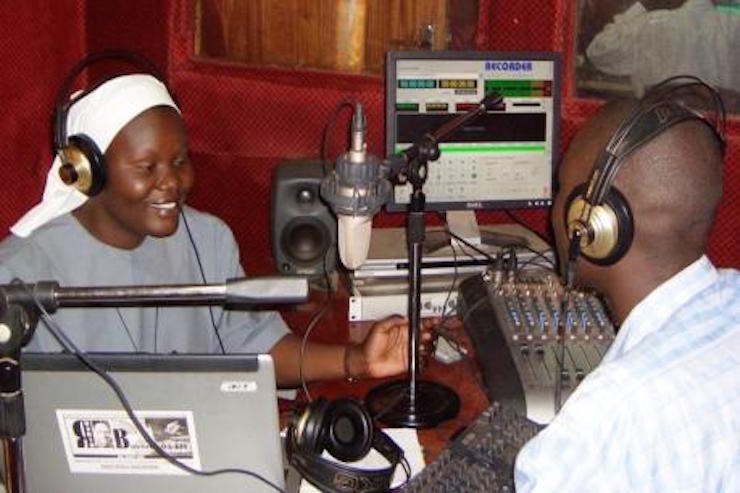 The Catholic Radio Network, with its nine radio stations, reaches out to the people of South Sudan and the Nuba Mountains, acting as a means of communication and information that builds peace and reconciliation.

The Catholic Radio Network (CRN) is a vocal communication hub in the youngest nation of the world: the Republic of South Sudan.

The project started in 2006 as Sudan Catholic Radio Network (SCRN), masterminded by the Comboni Family (consisting of the Comboni Sisters and the Comboni Missionaries). The Comboni Family provided personnel and funds for the Network’s central office as well as personnel in understaffed dioceses, in order to launch the project and then progressively hand responsibility over to the local Church.

Every diocese named its own radio station and produces local programmes in indigenous languages, sensitive to each cultural context. However, to avoid reinforcing the existing fragmentation in Southern Sudan, and to promote “unity in diversity” instead, the radio network develops common programmes across all stations. “We wish to cultivate the sense of belonging to a nation, beyond tribal affiliations”, explains one of the project coordinators.

The vision of the CRN is that of a reconciled society, built on human and spiritual values, rooted in justice and honesty. The network does not side with any political party; rather, it helps the listeners develop a mature civic conscience.

Its mission is to reach out to people by way of communication and information, promoting peace through reconciliation. It also aims to contribute to spiritual welfare, spreading good information and providing civic education, paying special attention to vulnerable groups.

At present, CRN radios broadcast in 18 different languages, and are a means to reach out to the rural population and the illiterate. They also play a special role in promoting native music.

Each bishop appoints the directors of the radio station. CRN News is a joint venture between the central news desk and the local stations, which contribute news items from different parts of South Sudan and translate the English bulletins into local languages. Each station is a forum for discussion on issues affecting the local population, though the call-ins on live programmes can sometimes become a bit animated in a country that is still a young democracy. The latest estimates indicate that CRN already has a combined audience of about seven million people in South Sudan and the Nuba Mountains.

PreviousHuman Life, a Gift of God the Creator
NextSouth Sudan’s Wounded Church Has Not Lost Hope