Philippines: Cardinal Tagle Calls for 10 Pesos a Day to Save 25,000 Children from Hunger 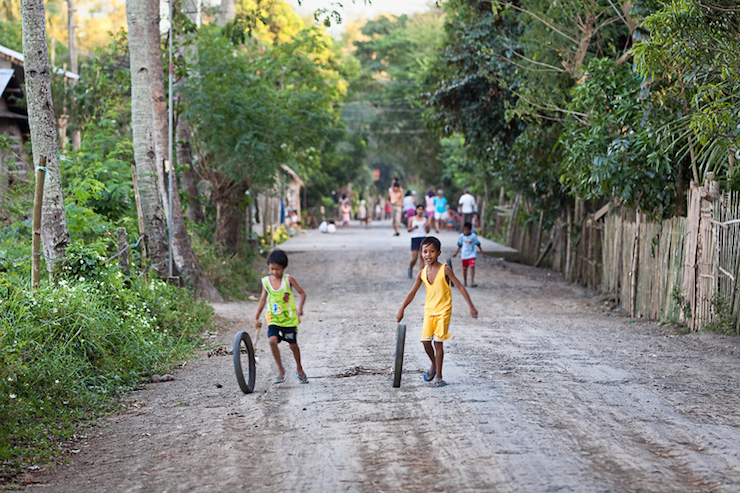 In his pastoral letter for Ash Wednesday, the archbishop calls on the faithful to revive the Pondo ng Pinoy programme – a movement started by the Archdiocese of Manila, which advocates a lifestyle of giving and caring for the poor and disadvantaged, in the name of Jesus. Helping to feed children is a concrete act of charity during the Extraordinary Jubilee of Mercy.

In his pastoral letter for Ash Wednesday, which falls on this day, the Archbishop of Manila, Luis Antonio Cardinal Tagle, calls on Catholics to support a Church-based feeding programme for the country’s malnourished children. The target for this year is 25,000 children.

“It only takes 1,200 Philippine pesos, or ten pesos a day, to return a hungry and malnourished child to a healthy state within six months,” the Archbishop wrote.

As Ash Wednesday signals the start of Lent, this is a special occasion to “heed Pope Francis’ call to practice mercy through concrete acts of charity,” Cardinal Tagle adds.

During this Extraordinary Jubilee of Mercy, Catholics are especially called on to do good works, fast, and pray. Feeding hungry children is a concrete act of charity in this endeavour.

Cardinal Tagle’s appeal is part of Pondo ng Pinoy (Funds for Filipinos), a broader charity programme launched in 2004 by Cardinal Gaudencio Rosales, then Archbishop of Manila, to give Filipinos an opportunity to help others with any amount they can spare, however small.

In 2012-13, the programme raised 15.8 million Philippine pesos (US$ 330,000). The programme provides not only nutrition, but also early childhood education, clothing, and livelihood and skills training for parents.

Last year, donations provided more than 21,000 malnourished and undernourished children in the Pondo ng Pinoy member dioceses with warm and nutritious meals every day for six months. This year, the Cardinal wants to extend the programme to feed 25,000 children.