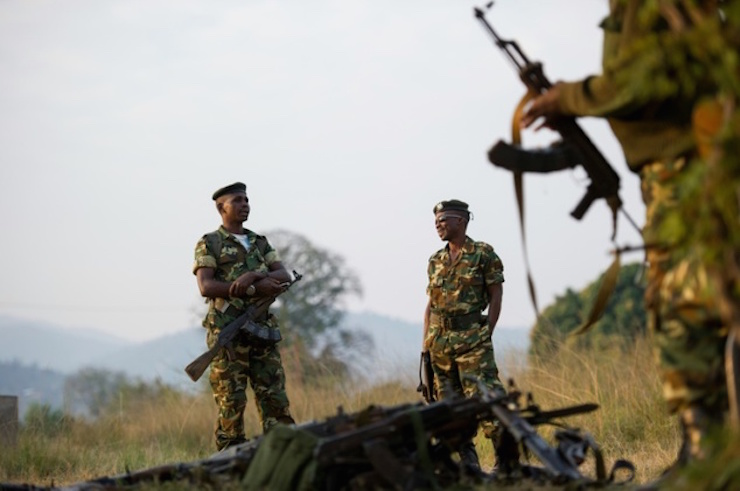 A confidential report to the United Nations Security Council found that there have been attempts to smuggle weapons from the Democratic Republic of Congo through Rwanda to rebels in Burundi, where a political crisis threatens to spiral out of control.

The report, produced by experts who monitor sanctions on the Democratic Republic of Congo, said Congolese authorities arrested Rwandan and Congolese civilians and two Congolese army officers in October and November on suspicion of arms smuggling.

They were caught at a border post between Congo and Rwanda with weapons, some of which “were hidden in bags of green beans or manioc, and others were hidden in the chassis of a car”.

“The group conducted interviews with the perpetrators, some of whom confirmed that the weapons were to be used in support of an armed group in Burundi. The group was able to identify one of the (Congolese army) officers as have been involved in selling arms from (Congolese army) storage,” the report stated. The UN experts did not say how many weapons were seized.

The UN report also accused parts of the Rwandan military of helping to recruit and train Burundian refugees, with the goal of ousting Burundian President Pierre Nkurunziza.

Nkurunziza’s re-election for a third term last year sparked the country’s crisis, and raised concerns that there could be a severe ethnic conflict in a region where memories of Rwanda’s 1994 genocide are still fresh.

Burundi and Rwanda have the same ethnic mix: about 85 percent Hutus and 15 percent Tutsis. A 12-year civil war in Burundi, which ended in 2005, pitted a Tutsi-led army against Hutu rebel groups.

The UN Security Council travelled to Burundi in late January, its second visit to the country in less than 10 months. The United Nations has estimated the death toll due to political violence to be at 439 people since last April, but has also said it could be higher. More than 240,000 people have fled abroad, and the country’s economy is in crisis.

A number of African leaders, who met in Addis Ababa recently, decided to send a team to persuade Nkurunziza to accept a 5,000-strong African Union peacekeeping force, after he rejected the plan and said that any such force would be treated as an invasion.