South Sudan: No Compromise in Sight 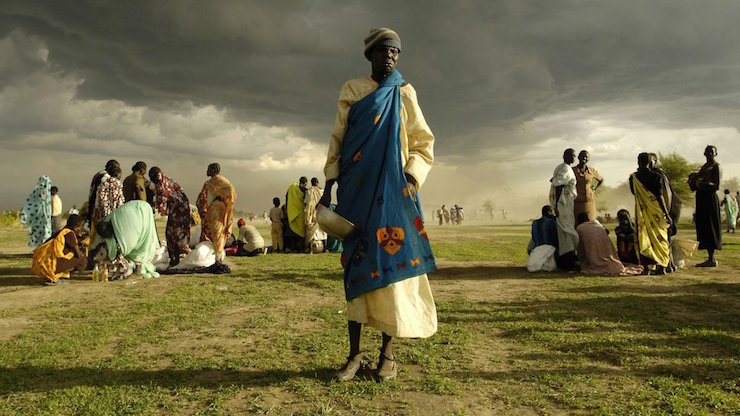 A second deadline for forming a transitional government in South Sudan passed without President Kiir and his political rival Machar reaching an agreement. International mediators fear the country could become a failed state.

Two years into South Sudan’s civil war, a transitional government was expected to end the conflict that has to date killed tens of thousands and displaced more than 2.3 million in Africa’s youngest state. The east African regional trade bloc IGAD spearheaded the peace talks and set the terms for the implementation of the deal, under intense international pressure. But the rebel leader Riek Machar opted out of the initial deadline, citing as a reason President Salva Kiir’s unilateral decision to divide the country into three regions comprising twenty-eight states. International mediators criticised both Kiir and Machar for their failure to compromise and come to an agreement.

Former Botswanan leader Festus Mogae, who has been tasked with overseeing the formation of the transitional government, expressed frustration about the political strategies of both Kiir and Machar. “I plead with you to form the transitional government of national unity without further delay,” a visibly vexed Mogae told a news conference in the South Sudanese capital Juba. “Restore stability; repair the damage that has been done before it is too late.”

Institutions in South Sudan have issued pleas to both Kiir and Machar to settle their political differences. The Head of South Sudanese Episcopal Church, Archbishop Daniel Deng Bull, said that the leaders need to unite the country first, and then address other underlying issues.

“Please form the government and then discuss the issue of your twenty eight states because we, the people, are not a party to what happened,” Deng Bull said. “We should not be held hostage of what we don’t know.”

The agreement signed between President Kiir and his rival Machar in August 2015 received endorsement from seven international parties. Norway, the United Kingdom and the United States, known as the Troika, played a key role in South Sudan’s independence from Sudan. The three countries also backed the peace agreement.

Keith Harper, the US representative to the United Nations Human Rights Council, said the US will continue to put pressure on the two leaders to find a find a political solution: “We’re going to lead efforts to continue to focus attention on South Sudan,” Harper said. “We have to have political leadership in South Sudan. We were as frustrated about South Sudan as anybody.”

Harper added, “We were involved in the Troika in creating South Sudan. And so we have a lot of equities in making sure that it is successful and when I say it is successful I mean is it secure and it is prosperous for the people of South Sudan not for a handful of political leaders”.

PreviousRural Markets in Africa: A Meeting Point
NextPope Francis: “Young people are the Hope and the Treasure of Mexico”