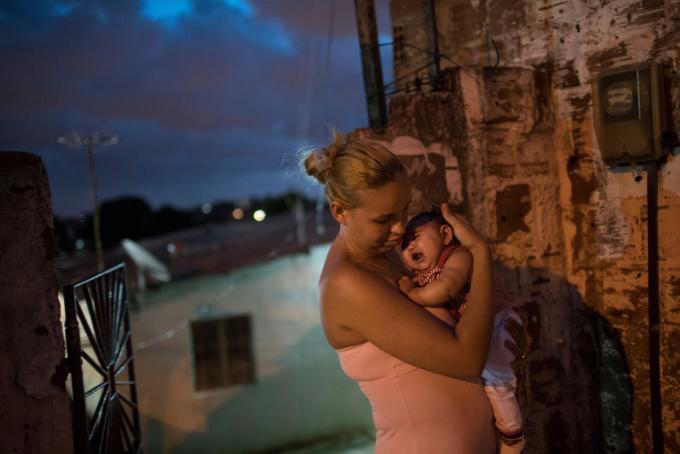 Global warming and the El Niño phenomenon are “partly to blame” for the spread of the mosquitoes that transmit the illness.

The World Health Organization (WHO) has declared the Zika virus a public emergency of international significance, especially in Latin America and the Caribbean. Brazil reported its first case in May 2015, and since then at least 20 further countries in the region reported the presence of Zika: Barbados, Bolivia, Brazil, Colombia, Ecuador, El Salvador, Guadalupe, Guatemala, Guyana, French Guyana, Haiti, Honduras, Martinique, Mexico, Panama, Paraguay, Puerto Rico, Saint Martens, Surinam and Venezuela.

According to the WHO, the Zika virus is found in tropical zones with a high density of mosquitoes. The virus is contracted by a bite from the Aedes mosquito – the same insect that transmits dengue fever, chikunguya fever, and yellow fever.

The WHO report gives the following information: “The Aedes aegypti mosquito breeds in stagnant water. Extreme droughts, floods, torrential rains and temperature increases are among the effects of El Niño – a warming of the central and eastern part of the equatorial Pacific Ocean. With the increase in areas with favourable conditions for breeding, it is to be expected that the number of mosquitoes will increase”.

US environmentalist Bill McKibben, founder of the climate change organisation 350.org, commented on the link between climate change and the spread of the Zika virus: “Spread by mosquitoes whose range inexorably expands as the climate warms, Zika causes mild flu-like symptoms. But pregnant women bitten by the wrong mosquito are liable to give birth to babies with shrunken heads”. Colombian health authorities recommended that women of reproductive age postpone their pregnancies while the Zika epidemic is ongoing.

The World Meteorological Organization (WMO) confirmed that, “for the first time on record, temperatures in 2015 were about 1ºC above the pre-industrial era”. According to the US National Oceanic and Atmospheric Administration (NOAA) and the National Administration of Aeronautics and Space (NASA), last year was the hottest in 135 years – since temperatures first began to be recorded in 1880.

In a report published on January 20th, NOAA and NASA confirmed that, “During 2015, the average temperature across global land and ocean surfaces was 1.62ºF (0.90ºC) above the 20th-century average. This was the highest among all 136 years in the 1880-2015 record, surpassing the previous record set last year by 0.29ºF (0.16ºC) and marking the fourth time that a global temperature record has been set this century. This is also the largest margin by which the annual global temperature record has been broken. Ten months had record high temperatures for their respective months during the year. The five highest monthly departures from average for any month on record all occurred during 2015”.

Petteri Taalas, Secretary General of the WMO, specified that, “an exceptionally strong El Niño and global warming caused by greenhouse gases joined forces with dramatic effect on the climate system in 2015. The power of El Niño will fade in the coming months, but the impacts of human-induced climate change will be with us for many decades”.

The high temperatures recorded in Central America and the northern part of South America, caused by El Niño, have come alongside extreme weather events like droughts, floods, heat waves – which are a breeding ground for the spread of Zika.

Taalas concluded: “We have reached the threshold of 1ºC above pre-industrial temperatures. It is a sobering moment in the history of our planet. If the commitments made during the climate change negotiations in Paris and, furthermore, a higher emission reduction ambition level is reached, we still have a chance to stay within the maximum of 2ºC limit”.