African Arms Imports Increased by 19 Percent over the Last Decade 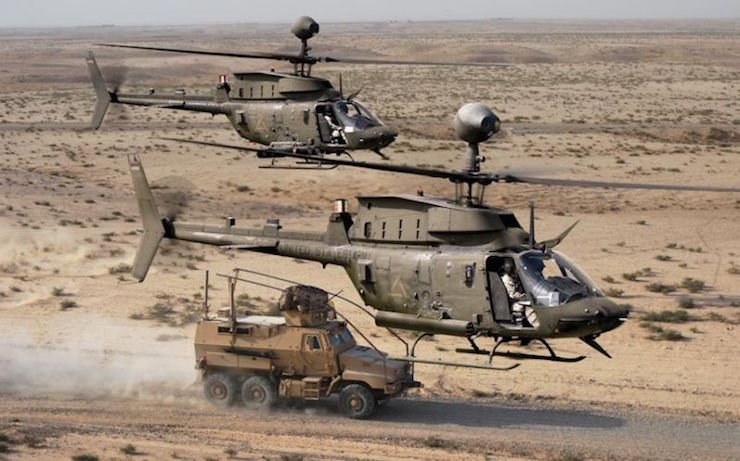 Between 2006-10 and 2011-15, major arms imports by states in Africa increased by 19 percent, according to the Stockholm International Peace Research Institute (SIPRI), which noted that Algeria and Morocco remained the two largest arms importers in the region, with a combined total of 56 percent of African imports.

New data on international arms transfers published by SIPRI reveals that the three largest importers in Africa between 2011-15 were Algeria (30 percent of imports), Morocco (26 percent) and Uganda (6.2 percent). Russia was the main exporter of arms to the region at 34 percent, followed by France and China (13 percent each), and the US (11 percent).

41 percent of total African imports went to states in sub-Saharan Africa. Uganda, Sudan, and Nigeria were the largest importers in the subregion, accounting for 15, 12 and 11 percent of the subregional total respectively.

Algeria’s arms imports fell by 18 percent between 2011-15 when compared with the 2006-10 period. However, a number of significant deliveries are already scheduled for the next five years, including 2 frigates from China, 2 frigates from Germany, and 190 tanks, 42 combat helicopters, 14 combat aircraft and 2 submarines from Russia, according to SIPRI.

Between 2006-10 and 2011-15, imports to Morocco increased by 528 percent, although they remained below the level of Algerian arms imports. However, by the end of 2015, Morocco’s only large outstanding order for arms was for 150 tanks from the US.

Most sub-Saharan African states import only small volumes of arms, despite the fact that many are involved in or close to armed conflicts. For example, in 2015, Cameroon, Chad, Niger and Nigeria began a joint military campaign against Boko Haram. Their combined arms imports in 2011-15 accounted for 0.6 percent of world arms imports. The combined total is 0.35 percent if ships – which are not relevant to the campaign against Boko Haram – are excluded. Mali’s largest arms procurement since the outbreak of major armed conflict in the country in 2012 was an order placed in 2015 for six basic ground-attack aircraft (Super Tucanos) from Brazil.

With regard to the rest of the world, SIPRI noted that the volume of international transfers of major weapons has increased continuously since 2004, and rose by 14 percent between 2006-10 and 2011-15.

Wezeman commented that “a coalition of Arab states is putting mainly US- and European-sourced advanced arms into use in Yemen. Despite low oil prices, large deliveries of arms to the Middle East are scheduled to continue as part of contracts signed in the past five years.”

Chinese exports of major arms ranked just above those of France in 2011-15, increasing by 88 percent compared to 2006-10. French exports decreased by 9.8 percent and German exports halved over the same period.

Dr Aude Fleurant, Director of the SIPRI Arms and Military Expenditure Programme, said: “As regional conflicts and tensions continue to mount, the USA remains the leading global arms supplier by a significant margin. The USA has sold or donated major arms to at least 96 states in the past five years, and the US arms industry has large outstanding export orders, including for a total of 611 F-35 combat aircraft to 9 states.”

Vocation Story: Bringing Out the Best in People