Nigerian Archbishop Kaigama: “In our country, corruption is a social disease” 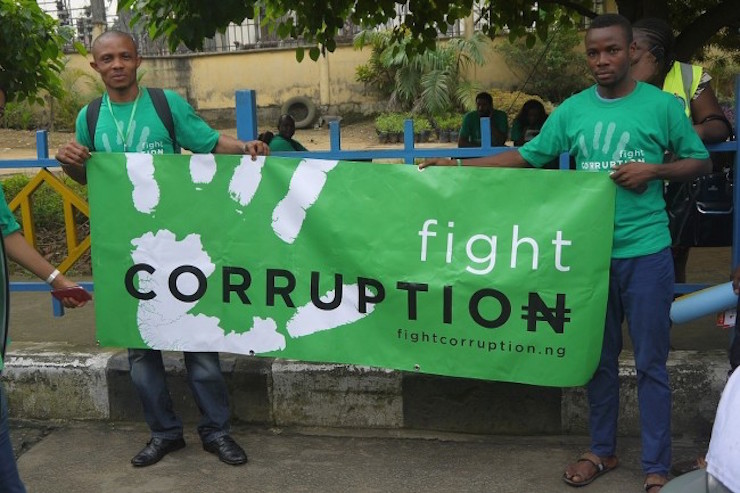 The President of the Nigerian Bishops’ Conference echoes his fellow bishops’ concerns about corruption – a national emergency that risks holding back Africa’s biggest economy and is also obstructing the fight against Boko Haram.

“Corruption is a social disease that has spread, permeating all echelons of society, from government to private enterprise, and even the religious realm.” The Archbishop of Jos and President of the Nigerian Episcopal Conference, Monsignor Ignatius Kaigama, does not mince his words. He urges decision-makers not to neglect the emergency, which risks catapulting Africa’s biggest economy into a crisis. Experts and NGOs have denounced the on-going situation many times over the years.

In the latest report on global corruption published by Transparency International, an NGO that monitors and publicises corporate and political corruption in international development, Nigeria ranks 136th out of the 168 states examined. Its corruption index is 26/100 (the lower the score, the higher the corruption).

Kaigama says that everyone is aware of this state of corruption: “We must recognise that we are all guilty; that it is not enough to point the finger at ‘the sinners’ or at ‘others’, because it is a virus that has infected everyone, from the illegal street salesman to the office worker”.

His voice is not an isolated one within the Church: in the concluding document of the Episcopal Conference’s last plenary session, corruption is one of the two main concerns addressed by the prelates, alongside he terrorist activities of Boko Haram.

Kaigama recalls the numerous addresses Pope Francis gave on the subject, as well as the appeal the Holy Father issued to diversify the Nigerian economy, which is still too dependent on oil.

Kaigama also comments on the consequences of Nigeria’s reliance on oil: “The discovery of oil has put a great deal of money in circulation, and this has played a part in creating a culture of ‘earning without effort’ – and the ‘easy money’ myth has led many young people to love wealth to the point of involving themselves in criminal activities. This mentality has even spread to government, where officials have come to embezzle enormous sums of money meant for the people; using it instead for their own purposes”.

This is a reference to certain close collaborators of the former President of the Republic, Goodluck Jonathan. Some of these collaborators faced trial, on charges of embezzling financial resources intended for the army that is fighting Boko Haram. Figures range from 400 million Naira (2.1 million USD) received by Olisa Metuh, spokesman for the party of the former head of state, to 68 million USD in the case of Sambo Dasuki, the former National Security Adviser. But this is only a small percentage of the full sum – approximately 2 billion USD, according to the new government, – which will never be traced completely.

“It was shocking to discover that enormous sums were handled this way,” Kaigama admits. “Stealing that money showed a serious lack of humanity, and we hope justice will be made.” He reiterates the Church’s “moral support” for the anti-corruption campaigns launched by the new head of state Muhammadu Buhari, inviting the religious and faithful to play their part: “It makes no sense to talk about love for one’s neighbour, charity, or works of corporeal mercy, if theory is not put into practice. Corruption must be tackled individually at first, and from there it can be dealt with collectively. We need a conversion that is not just spiritual but also social, and relates to Christians and Muslims without distinction.”

“Corruption has defaced this country; it has reduced it to slavery, and as a Church we cannot allow it, nor encourage it, nor back it!” the Archbishop adds. “We cannot allow dishonesty to enter the Church. We must always speak out against the corrupt, even if this person is a priest, a pastor, or a bishop.”

Kaigama concludes: “As a Church, we must send the message out to institutions that we too will commit to doing everything in our power to combat corruption”.