The Church is Growing in Africa and Asia, But Facing a Crisis in Europe 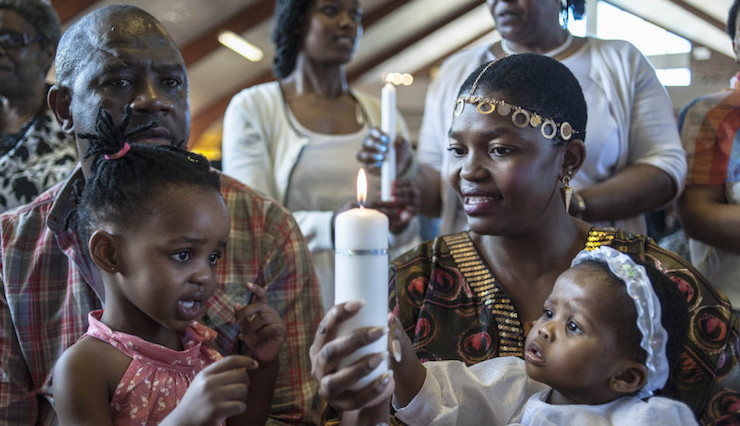 The Pontifical Yearbook 2016 and the Annuarium Statisticum Ecclesiae 2014 examine global trends. Findings based on these reports’ data were published recently in a long statement issued by the Holy See.

Both the number of Catholics and the number of priests in the world rose between 2005 and 2014, while the overall number of people with religious convictions continues to drop. Increases in the number of worldwide believers were recorded until 2011, when the trend reversed. The underlying pattern of the two reports shows that the Church is growing in Asia and Africa but shrinking in Europe and North America.

In 2014, there were 1,272 million Catholics in the world, compared to 1,115 million in 2005 – a growth rate higher than that of the overall world population. In the same period of time, the number of priests increased by about 9,300 globally (from 406,411 to 415,792). However, this last figure should be examined more closely, because the growth trend stopped in 2011. Equally, seminarians increased in number between 2005 and 2011, before the upward trend stabilised and then regressed in recent years.

The general trends governing the Catholic population of the world have been visible for some time: a progressive slump in vocations and numbers of priests in Europe and North America; a mixed situation in Latin America and Oceania; and substantial growth in Asia and Africa. As a result, the Church is becoming increasingly less European and increasingly affected by global dynamics. In the statement, source data is interpreted mainly in relation to demographic trends. As such, Europe’s low birth rates and ageing population have contributed significantly to the decline in clergy numbers.

The overall number of priests was on the rise between 2005 and 2014 – although a distinction needs to be made between the significant increase in diocesan priests and the marked decrease in religious priests. Europe’s losses in particular stand out, but are largely compensated by the positive trends for diocesan priests in Africa and Asia. In this period, Africa saw a growth of 1.6% in the number of diocesan priests.

Another finding important for the state of the Church is that the number of Catholics per priest has risen sharply – especially in African and America; while in Europe, the rise has been much more modest. It is plausible that the situation may change in the coming years, as Europe’s clergy is the oldest in terms of priests’ ages, and is weakened by low renewal rates; while in Africa and Asia, candidates for the priesthood are significantly growing in number. This shows that the Church’s axis is gradually moving from the Northern to the Southern Hemisphere.

Priests and deacons: Figures show that after a progressive increase up until 2011, there has been a slow decline in priestly ordinations since 2011, which is still continuing. Defections gradually decreased, while the number of deaths among priests has been growing in recent years, after a period of annual fluctuation. Specifically, the number of diocesan priests seems to be growing when compared to religious priests; and while the former are witnessing an upward trend in Africa, the Americas (excluding North America), Asia, and Oceania, numbers are decreasing in other areas, especially in Europe. Religious priests, on the other hand, are declining in number in the Americas as well as in Europe and Oceania.

Seminarians: The statement informs us that globally, “candidates for the priesthood, diocesan and religious, passed from 114,439 in 2005 to 116,939 in 2014, although in 2011 there were 120,616. The decrease in the last three years affected all continents with the exception of Africa, where there was an increase of 3.8 per cent in the number of seminarians. However, considering the entire nine-year period, clear territorial differences may be observed. Africa, Asia and Oceania demonstrate a lively evolutionary dynamic, with a growth rate of 21, 14 and 7.2 per cent respectively, while in Europe a decline of 17.5% may be seen and in America, especially due to a negative tendency in the southern region, there is a decrease of 7.9%.”

The inevitable consequence of this is that the European and American continents play a lesser role in rejuvenating the global body of priests. In 2014 in Africa, there were 133 candidates for the priesthood per one million Catholics, while in Asia the figure was 247. By contrast, European and American figures were much lower (66 and 55 respectively), and have been dropping since 2005 – suggesting that pastoral services could be spread more thinly.

PreviousTogo: The Beginning of Life
NextHoly Land: The Comboni Missionaries Celebrate 50 Years of Presence in Bethany