Democratic Republic of the Congo: “Why are you killing me?” 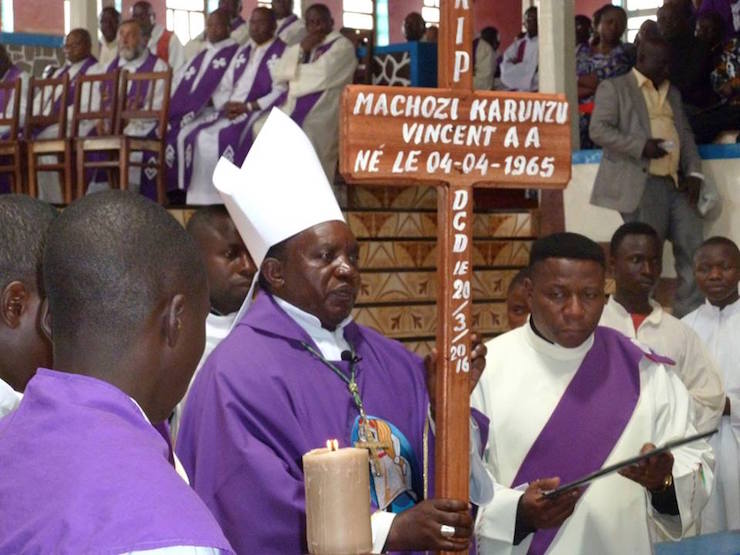 An Assumptionist priest, who often denounced the exploitation of coltan, a mineral used in the manufacture of electronic components for mobile phones, was killed in Vitungwe-Isale on March 20th.

“Why are you killing me?” – these were the last words of Father Vincent Machozi, the Assumptionist priest who was killed on Sunday, March 20th in the village of Vitungwe-Isale, located in North Kivu Province in eastern Democratic Republic of Congo.

Local sources confirmed that at around midnight on Sunday, a dozen uniformed soldiers of the Armed Forces of the Democratic Republic of Congo stormed the perimeter of the Mon Beau Village centre, where traditional tribal leaders had gathered for a meeting on peace. The reflection had been convened by Mwami Abdul Kalemire III, the head of the Basho community.

Father Vincent had already received death threats previously, to the extent that in 2003, he was forced into exile in the United States. Since his return to the Democratic Republic of Congo, he had survived seven bombings.

Father Vincent repeatedly denounced the suffering of the Nande population at the hands of different armed groups engaged in the illegal exploitation of coltan, a mineral used in the manufacture of electronic components for mobile phones, often carried out with the connivance of the army.

Born in 1965, Father Vincent entered the Congregation of the Assumptionists at age 17. After completing his studies in France, he was ordained a priest in Angers in 1994. He taught at the seminary in Kinshasa and later earned a doctorate in conflict resolution from Boston University.

On the same Sunday that Father Vincent lost his life, a priest of the Order of the Clerics Regular Minor (Adorno Fathers) was seriously injured in a road ambush in Katwiguru, 19 miles from Rutshuru in North Kivu Province.

PreviousAtuwa: Celebrating Friendship in Uganda
NextPatriarch of Constantinople: “Without Synod’s decision, discernment between orthodoxy and heresy is not possible”