Patriarch of Constantinople: “Without Synod’s decision, discernment between orthodoxy and heresy is not possible” 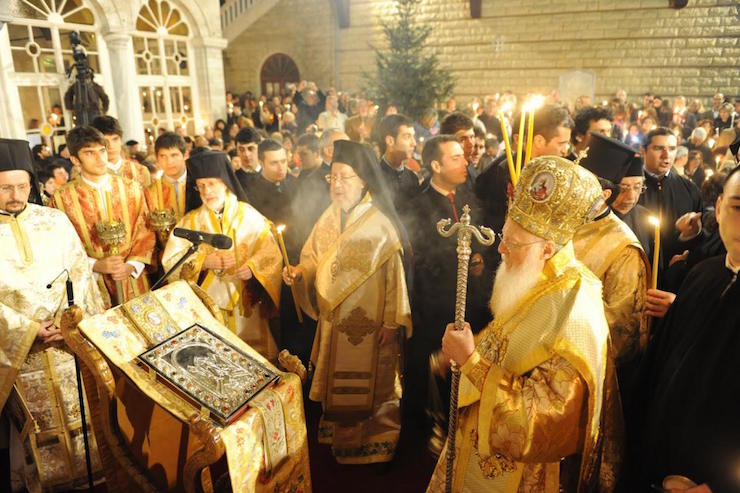 The ecumenical Patriarch of Constantinople has written an encyclical – a papal letter sent to all bishops of the Roman Catholic Church – announcing the pan-Orthodox Synod taking place from 18 to 27 June in Crete. The encyclical included a strongly-worded reference to the importance of collegiality.

The encyclical, officially announcing and convening the pan-Orthodox Synod – the first major gathering of the Orthodox world in fifty years – scheduled to take place in Crete from 18 to 27 June, was drawn up by Bartholomew, by the grace of God Archbishop of Constantinople, New Rome, and Ecumenical Patriarch.

He wrote: “the path that the Church has followed from the beginning throughout the course of its history [is] that of collegiality. The discernment between truth and lies, between orthodoxy and heresy, is not always easy. Even the heretics believed and believe they follow the truth and there will always be those that will characterize those who do not agree with their point of view as ‘heretics’. The Orthodox Church in this case recognizes one, single authenticity: the Synod of its canonical Bishops.”

He added: “Without a decision by the Synod, discernment between orthodoxy and heresy is not possible. All the dogmas of the Church and its sacred canons bear the seal of synodality. Orthodoxy is the Church of collegiality. The Orthodox Church has always emphasised this ecclesiological principle and applied it faithfully locally. This was the case for many centuries even at the ecumenical and pan-Orthodox level, however, it was then interrupted for a long time due to historical circumstances”.

It is possible that the Patriarch of Constantinople intended to address the attempts of extremist fringes within the Orthodox world to brand Catholics and Christians of other denominations as “heretics” with these words.

It is also possible, however, that the strong emphasis on synodality, aside from being a pointer for the future direction of the Church, is a response to a document issued by the Russian Orthodox Church which, in January 2014, clarified its own position on papal primacy. It stated that in the first millennium, the primacy of Rome was “honorary” and “of human order” – a sort of coordinating centre. Put simply, what Bartholomew seems to be saying in his encyclical is that Constantinople does not need to take lessons from Moscow when it comes to synodality.

The Patriarch goes on to say: “The main purpose and importance of this pan-Orthodox Synod is to demonstrate that the Orthodox Church is the One, Holy, Catholic and Apostolic Church, united in the Mysteries and of course in the Divine Eucharist and in the Orthodox faith, but also in synodality. […] This is why its preparation has required such a long period of time, through a series of Preparatory Committees and Pre-Synodal councils, so that the documentation of its decisions and reasoning would transpire as reached in unity, expressed with one voice and with one heart.”

Bartholomew recognises “that the world is waiting to hear the voice of the Orthodox Church on many of the burning issues that concern mankind today”. However, he explains that the Orthodox Church must first “look to the issues within its own home”. Bearing this in mind, the Patriarch says that the first pan-Orthodox Synod to be held in many centuries “is the first and decisive step which is expected that, through the grace of God, not long after others will follow.”

Bartholomew concludes, “Times are difficult, and the unity of the Church must be an example of unity of humanity which has been torn apart by division and conflict. The success of the Holy and Great Synod concerns all members of the Church, who are also called to show a willingness to achieve this.”

The encyclical was signed by Bartholomew and the 12 metropolitan bishops representing the Churches of the Orthodox diaspora. The bishops are elected each year on a rotating basis by the permanent Synod of the Church of Constantinople.

PreviousDemocratic Republic of the Congo: “Why are you killing me?”
NextPapua New Guinea: The Tapini Valley