Migration: Acceptance for a Better Europe 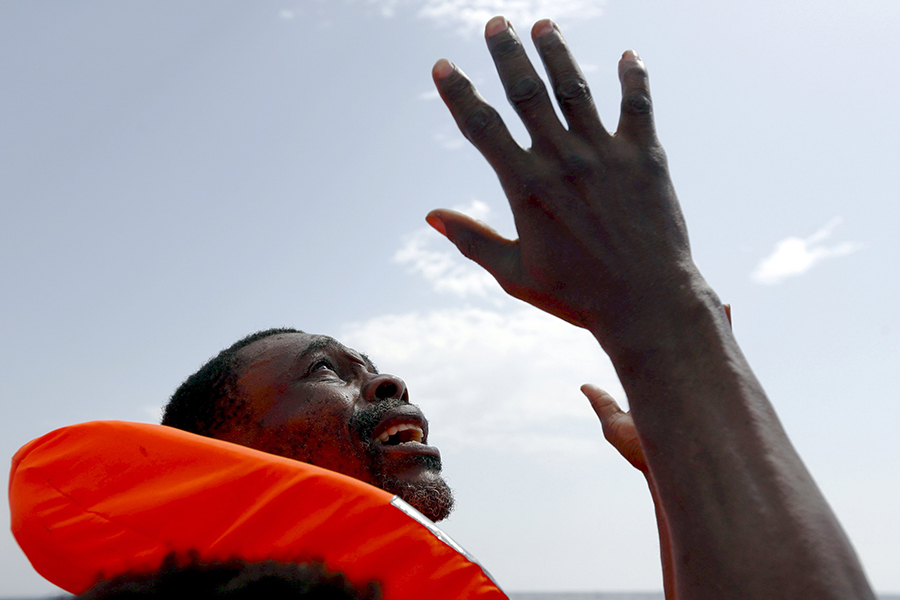 Forty Comboni Missionaries and Comboni Sisters stationed in the provinces of Europe recently took part in a symposium on the topic of “Mission and Migration”. The following is the statement of the Comboni Family signed by the participants of the symposium.

“At the conclusion of the Symposium of Limone on Lake Garda 2016 (March 29-April 2, 2016), held on the topic of “Mission and Migration,” we, Comboni Missionaries, Comboni Missionary Sisters, Secular and Lay Comboni Missionaries working in various countries in Europe, want to express our solidarity with our brothers and sisters who come to us as they flee from war, persecution, dictatorships and environmental crises.

“We state that accepting the stranger, as Pope Francis has strongly underlined: “refugees are the living flesh of Christ”, is a fundamental dictate of the Gospel. We also wish to stress that our openness to others, to their cultural and religious diversity is a source of growth which enriches our identity as human beings and as Christians.

“We worry about the increase of prejudice and of feelings of Islamophobia in our society, peddled by politicians and intellectuals who, by way of gross simplifications, do not seem to want to distinguish between Islam and Islamic terrorism, often insinuating that violence is part of the very fabric of the religion of Islam.

“This prejudice and these hostile stands strengthen feelings of exclusion in our Muslim brothers and sisters. The consequences are particularly destructive among the young members of second-generation immigrants, who more easily than others may end up joining the ranks of the Islamic State.

“We unequivocally state our commitment in favour of inter-religious dialogue, of the deeper understanding of other faiths, and our common stand in the rebuilding of a society based on respect for diversity and religious plurality. We can only envision the existence of a pluralistic humankind.

“As members of the Comboni Family in Europe we wish to express our total condemnation of the recent agreement on migration between the European Union and Turkey (March 18, 2016). The closing of borders by several European countries in order to block the entrance of refugees and the deportation of so-called illegal immigrants is a clear violation of international agreements legalizing the right of asylum. We believe that the presence of immigrants in our countries is a social, cultural and even economic asset.

“While Europe is busy building walls to block the exodus of refugees – exodus determined mainly by wars in the Middle East and in Libya – too little is being done to put an end to these conflicts that are the reason for this forced migration. Therefore, we demand that our governments stop the sale of weapons to warring nations and exercise pressure on these countries so that they may arrive to a peaceful solution.

“As members of the Comboni Family we apologize for our silence as we face the scandal of the race towards global rearmament. We recognize our complicity with this financial-economic system that allows a few to own almost everything, thus robbing a large segment of humankind of what is necessary, a system that needs weapons and wars in order to survive.

“As Christians, disciples of Jesus of Nazareth, we renew our commitment to the building of a more just and liveable world for all.”

PreviousGhana: Garments that Speak of History
NextKenya: “Practicing Peace Rather than Creating Structures for Violence”