Europe’s Bishops: “Lesbos as an example of hospitality towards migrants” 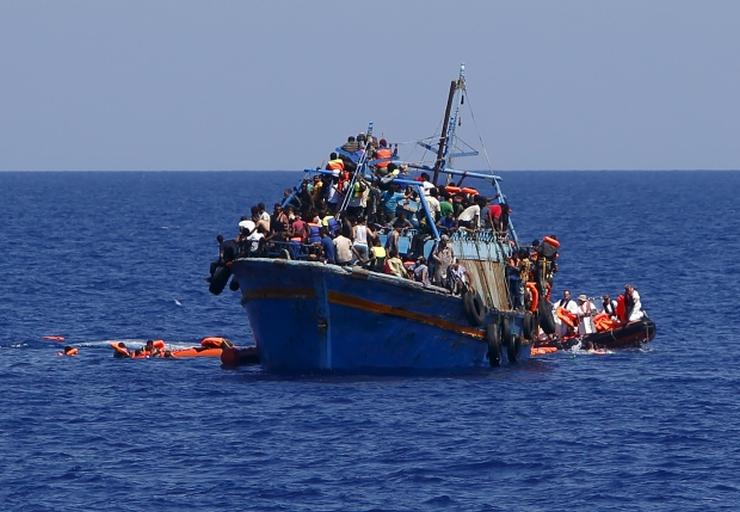 A statement issued by the Commission of the Bishops’ Conferences of the European Community (COMECE) outlines the Commission’s view of the implications of the refugee crisis for Europeans.

A benchmark moment; a moment that will definitely influence the future; an example for Europe, which must respond to the refugee crisis:  COMECE’s description of Pope Francis’ visit to the island of Lesbos encapsulates the full spectrum of their expectations.

In a statement issued on April 14th, COMECE’s secretary Patrick H. Daly expressed the bishops’ pastoral attention to a problem that is rocking Europe. He said the Catholic Church aims to be part of the solution.

The statement expresses that the Pope’s visit to Lesbos “is not only a humanitarian gesture of extraordinary significance but the ecumenical context in which it is taking place, together with the Ecumenical Patriarch Bartholomew, Archbishop Ieronymos of Athens, Primate of the Church of Greece, is particularly welcome”.

The Bishops are well aware of the extreme uncertainty that has befallen European societies as a result of the migrant and refugee crisis. They have been working for months to counter this and build a welcoming mentality instead. But no one denies the difficulty of speaking to people’s consciences, even – above all, in fact – the consciences of so many Christians.

The Bishops recall how “at the very outset of his pontificate, in visiting the rocky Italian outpost of Lampedusa, Pope Francis displayed his concern for those many migrants who put their lives at risk in order to seek refuge in Europe”.

They also point out that “the fate of migrants and asylum seekers has long been a central concern of COMECE and we repeatedly saluted the way in which the Holy Father, in word and deed, has drawn attention to the plight of those fleeing the dangers and suffering of war and violence and/or desperate poverty in their home countries to reach a better life in Europe”.

But just like the Holy Father, EU bishops are adamant that raising awareness requires a common Christian strategy, and they recall all the ecumenical work that has been done over the years in the Brussels offices to ensure that the voice of churches is heard loud and clear on the issue of migration.

“We would plead that the dignity of human beings, their fundamental rights, including the right to seek protection, the humane treatment, the best interests of children, the ‘non-refoulement’ obligation and the right to family life, be respected under all circumstances,” the Bishops write, raising the issue of the illegal entry of many who then risk falling prey to human traffickers and other criminals.

According to the Bishops, “the only way out of the crisis is coordinated action among all EU governments. A series of proposals are now on the table, but politics alone cannot provide the answers because, as they recalled at the last World Day of Migrants and Refugees, ‘welcoming others means welcoming God in person’”.

PreviousEcuador: “We are afraid that the earth will quake again”
NextTanzania: The God of our Ancestors