Mongolia: A Small Yet Vital Church 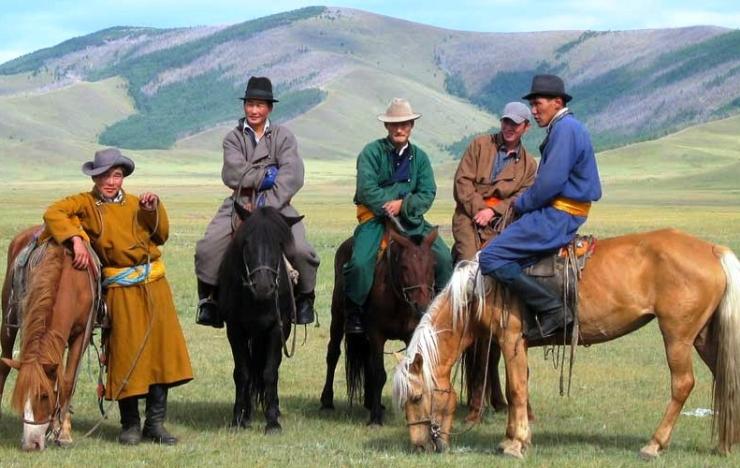 The Catholic Church in Mongolia is the youngest church in the world, at a mere 20 years old. The apostolic prefect of Ulaanbataar, Monsignor Wenceslao Padilla, tells the story and highlights the challenges of this young community.

The story starts with three missionaries from the Congregation of the Immaculate Heart of Mary (CICM Missionaries) who set foot in Mongolia twenty years ago. It seemed like an adventure: establishing a mission where the church had no structures nor members it could call its own. Since the beginning, the idea of making a church from nothing seemed an operation of titanic proportions, full of challenges. Exciting. The missionaries arrived when the Republic of Mongolia had just been freed from Russia’s influence and the nation was taking its first steps on its own.

The first years were ones of survival, adaptation, and adjustment to the reality of the country and of its people. They were years of true discernment, enculturation, and initial evangelisation.

The priests were not worried about the hurdles and challenges, which included hard winters, language problems, lack of comforts, the popularity of Buddhism, Shamanism, and Islam and of other Christian denominations and sects, and the complete lack of Catholic believers and churches. The situation was both a challenge and an opportunity.

Looking back on the first twenty years of Catholic presence in Mongolia, we can see how the number of missionaries grew from three, the ‘pioneers’, to 81 – belonging to 22 different nationalities and 13 different religious congregations. While there was initially a Catholic population of zero, there are now 835 Baptised Mongolians. Many more have been introduced to the Catholic faith and are following different catechetical programmes with the missionaries.

Thanks to the increase in personnel – missionaries and local collaborators – pastoral, social, humanitarian, and charitable projects in the area are progressing well. All projects are aimed at improving the living conditions of the poor.

Caritas Mongolia is digging deep wells, repairing and building homes for the destitute, fostering sustainable agriculture, food security, services, and assistance in rural areas, and fighting human trafficking. Moreover, a centre for spiritual retreats was built, in addition to centres with poverty reduction programmes, where scholarships are given to poor students from the cities and the countryside. Furthermore, two young Mongolians are currently preparing to become priests in a South Korean seminary annexed to the Catholic University of Daejeon. Now we look to the future with more trust and hope. Patiently but resolutely, the Church aims to reach those who did not receive Baptism.

The country’s transformation following the introduction of democracy and the market economy put Mongolia on the road to a future that was previously unimaginable for many. Now the country is in the spotlight – foreign investors are attracted by its natural resources. The mining industry has boomed in recent years and is drawing a migratory movement away from the cities. There has also been an influx of foreign experts and engineers who are developing infrastructures and carrying out the first digging operations.

Thanks to the advances brought on by this transformation, the living standards of the Mongolian population are improving – but the cost of living and of basic goods is rising. To deal with this, people receive state subsidies: the Government is already receiving large amounts of money from the mining companies’ investments. The state is already using the profits – which are yet to materialise – of the mining sector to keep the prices of basic goods low. A frequently asked question is, how long can it last? We know the largest part of state revenue from the mining sector will probably go back into investors’ pockets once the activities are fully developed and begin to create profit.

One of the greatest challenges for the Catholic Church is financial support. Nowadays, the Church depends entirely on foreign aid, and with the current economic crisis, it has been forced to reduce many activities in scope.

Another challenge is the rebirth of Shamanism, a religion with deep cultural roots. Also known as Tengerism, it involves worshipping natural elements like the sky. People are going back to ancestral cultural habits and traditional beliefs. And finally, another challenge is the growing need for mineworkers: the Church is increasingly involved in the migratory flows from the cities to the countryside.

We are convinced that the Church must look to the future and adjust itself to the needs of a society which is changing under the influence of democracy, the market economy, materialism, and consumerism. It is shifting from being a nomadic community of shepherds to a society where most people reside in cities and at mining sites. With the proliferation of a sedentary form of life, a new kind of service and apostolate has to be adopted in order to fulfil the mission of announcing and spreading the Gospel. The moment has come to strengthen the Church’s educational and pastoral role. Education, in all its aspects, has to be a priority. At the same time, the Church must preserve its reputation as a shelter and a guardian for the poor.

A strong cooperative spirit is needed to organise and integrate the different features of religious congregations in a common vision and a shared effort. A spirit of unity and communion among missionaries is crucial: it would be a strong testimony for the Mongolian people. The mission in Mongolia is going forward, but much remains to be done. This is the real challenge of being true missionaries, called to help and transform the lives of those they meet – particularly the poorest and those most in need.