Guinea-Bissau: The Sacrifice of the Rooster 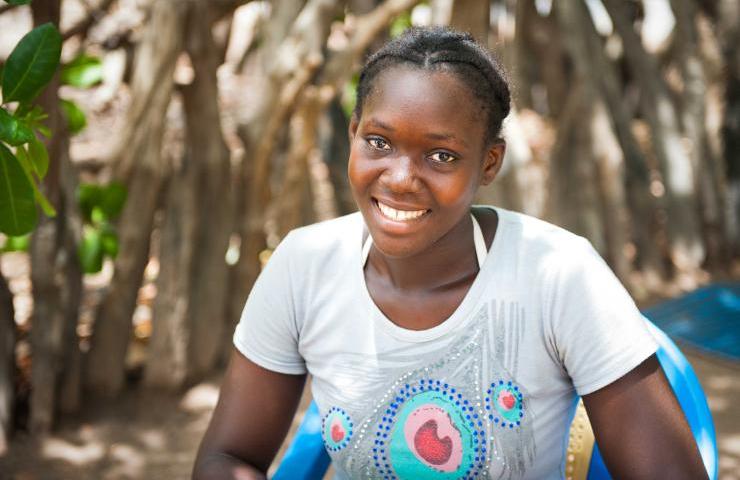 The Manjak people are an ethnic group living in Guinea-Bissau. They number about 100,000 and are scattered throughout the continental and insular region. They are mainly rice cultivators. Keeping cultural traditions like the ritual of marriage alive is very important for this group.

During the kakaw, when rice begins to sprout, the young people of the villages organise parties with dinners and dances. Girls also attend dances and, on these occasions, they wear the dress that they will wear on the day they leave their parental home to get married.

The commitment between a couple becomes official when members of the man’s family (on the father’s side) visit the woman’s family and bring them two or three pumpkin bowls filled with palm wine. The acceptance of the gifts means that a tie has been established between the two families. At this point, the girl visits her future parents-in-law and stays with them for about two weeks. During this time, she helps them with housework and gets to know the habits of her future husband’s family. The family patriarch’s wife assists her, and in most cases the two of them become friends.

On the eve of the girl’s departure from home, the naekkalo (the family patriarch) consults a soothsayer and offers sacrifices to the u-caay, the spirit of the house, and to the p-cap, the spirits of the ancestors. On the departure day, at nightfall, the namaka (the patriarch’s wife) anoints the spouse’s body with palm oil and helps her to wear the pagne (wedding dress), then covers her shoulders with the kalenj kafang (the funeral pagne) as they reach the place where two bridesmaids are waiting. The bride leaves her home and, helped by the bridesmaids, joins a procession made up of women and her future husband’s friends. The procession moves slowly; it is supposed to reach the bride and groom’s future house only at dawn. The bride sings a song which she has composed herself, along with the bridesmaids and the other women.

Men mark the rhythm. The women, in turn, give advice to the bride during breaks in the singing and remind her of the ritual she must perform once she has reached the threshold of her future house.

An old woman is waiting for the people in the procession outside the bride’s future house. She holds a rooster in one hand and a gourd in the other, welcoming the people attending the ceremony and proceeding with the kalat uging ritual. She draws a line on the floor and pours a little wine. She then lays the rooster down on the line and invites the bride to come closer. Another woman grasps the bride’s right foot and places it on the head of the rooster. The old woman then beheads the bird with a sudden jerk. A third woman takes the bride’s little finger and helps her to cross the line soaked with blood: the marriage is consecrated.

The bride promises to respect marriage commitments – any infringement would have serious consequences. When the ritual is over, the people enter the house and split into two groups. The men, with the husband’s friends and relatives, reach the courtyard where the “pumpkins of the night” have been placed. The bride’s sisters and the other women stay inside the house. The older wife offers the young bride a gourd full of palm wine, and the girl pours some drops on the floor as a sacrificial gesture and drinks some of it. She then invites the other women to enjoy the banquet.

The day after the wedding celebration, the family patriarch and his wife take rice for the wedding dinners from the barn. The eldest sister of the family is in charge of preparing the dinners. She will cook and supervise the four meals, presenting the bride with a rice-based menu featuring palm oil, bananas, and chicken.

The first four nights after the wedding ceremony, the bride and the groom do not sleep together; the bride shares the house with two bridesmaids. Finally, on the fifth night, an old woman takes the bride to her husband. On the sixth day, the bride returns to her parents to pick up the gifts the couple received. She then visits the relatives of both families to ask for more gifts, after which she will visit the peers and the elders of the village. Before returning to the conjugal house, the bride gives half of the gifts she received to her family.