Report Finds 46 Million People around the World in Modern Slavery 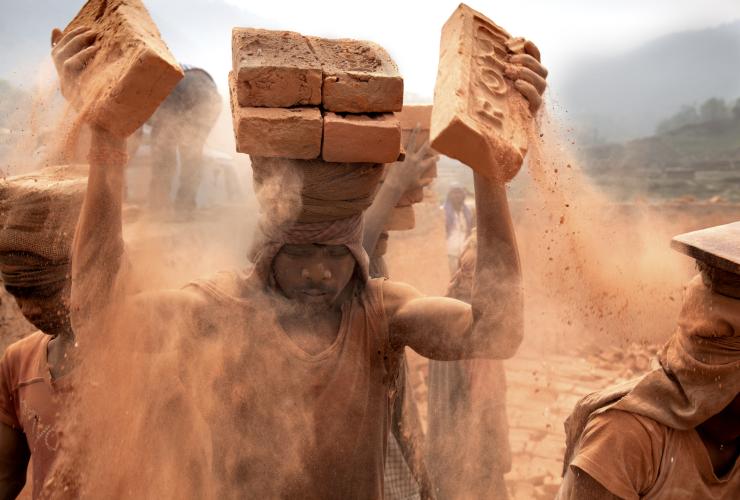 An estimated 45.8 million men, women, and children around the world are currently trapped in modern slavery – 28% more than previously estimated, according to the Walk Free Foundation’s 2016 Global Slavery Index.

The 2016 Global Slavery Index represents a 28% rise in reported slavery from the 2014 edition. This significant increase is due to enhanced data collection and research methodology. Survey research for the 2016 Global Slavery Index included over 42,000 interviews conducted in 53 languages across 25 countries, including 15 state-level surveys in India. These representative surveys cover 44% of the global population.

Sub-Saharan Africa accounted for approximately 13.6% (6,245,800) of the world’s total enslaved population. Within the region, the Democratic Republic of the Congo, Sudan, South Sudan, Somalia, and the Central African Republic have the highest prevalence of modern slavery (all at 1.13%).

As evident from surveys conducted in Ghana, Nigeria, South Africa and Ethiopia by the Walk Free Foundation, slavery in Sub-Saharan Africa takes the form of forced labour and forced marriage. In Ghana, survey results suggest a population of 103,300 people in modern forms of slavery, of which 85% are in forced labour, and 15% are in forced marriage. The main industries in which forced labour occurs are farming and fishing, retail sales, and then manual labour and factory work. In Nigeria, survey results suggest that forced labour occurs predominantly within the domestic sector, although it was impossible to carry out the survey in three regions which were active conflict zones. In South Africa, the industries most reported in the survey include the commercial sex industry, manual labour industries such as construction, manufacturing and factory work, and drug trafficking.

In Mauritania, the national survey revealed that 1.06% of the population are in some form of modern slavery. This represents a substantial decrease from previous estimates, but it is closer to the true figure due to the higher level of rigour in random sample surveys. While Mauritania has been the focus of extensive interest and reporting in the past, it has not had the benefit of a national survey until now. The extent of slavery in Mauritania is still high; but more reliable methods indicate that it is not as high as previously thought.

The Global Slavery Index also tracks government actions and responses to modern slavery. Of the 161 countries assessed, 124 have criminalised human trafficking in line with the UN Trafficking Protocol, and 96 have developed national action plans to co-ordinate government response. The governments leading the charge against modern slavery are The Netherlands, the United States of America, the United Kingdom, Sweden, Australia, Portugal, Croatia, Spain, Belgium and Norway.