The Catholic Church in Nepal: Committed to the Poor 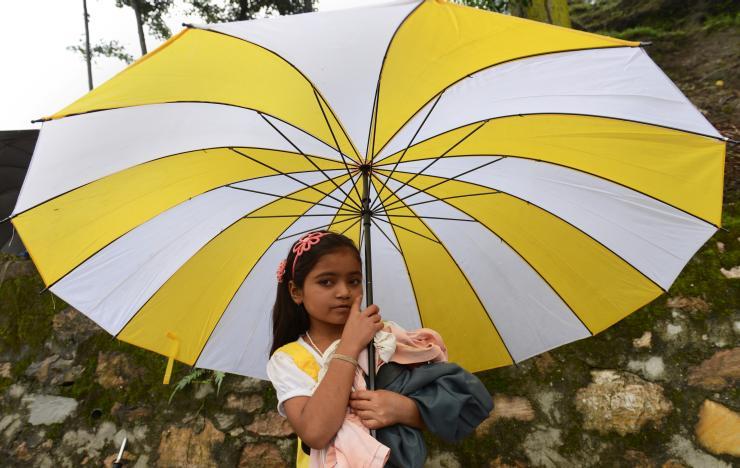 The tiny Nepalese Catholic Church is organised into 8 parishes with 39 churches, 16 local priests, 60 religious, and 165 sisters — all in a single vicariate. The total Catholic community comprises around eight thousand people.

Since the arrival of the Portuguese Jesuit João Cabral at the Nepalese court in 1628, the Church of Nepal has survived the hostility of the elite in a country that has Hinduism at the centre of its identity. In 1715 Italian Capuchin friars tried to take the Gospel message to Nepal as part of a broader project to evangelise Tibet. Local Catholicism risked annihilation under the subsequent closure of the Kingdom by the British until 1947. The Jesuit Marshall Morgan pioneered the Catholic revival in Nepal from 1949 with a series of social and educational activities carried out in agreement with the government of Kathmandu. In 1983 the local church split from the Indian diocese of Patna and the Jesuit Father Anthony Sharma was appointed Ecclesiastical Superior of the sui iuris mission. He was subsequently appointed apostolic prefect in November 1996 and in February 2007 apostolic vicar – in a move that was intended to consolidate the small Nepalese Church and fully integrate it into the Universal Church. Last April, Bishop Anthony Sharma resigned and Pope Francis appointed Bishop Paul Simick as new Vicar Apostolic of Nepal.

The Catholic community comprises people of Indian origin and foreigners in particular, half of whom are concentrated in the eastern cities of Biratnagar (the second largest city in the country), Damak, Dharan and Sirsia. The 1991 Constitution gave them freedom of worship and also decreed the end of Hinduism as the state religion; but proselytism is very limited. The Constitution of 2007 reinforces this situation. Life is made difficult for the local church not just by a form of Hinduism that wants to represent and include the entire Nepalese population. Human Rights Watch has repeatedly denounced the discrimination experienced by Nepal’s Christian community, despite the process of transformation begun in 2006 – towards a fragile parliamentary democracy.

The Catholic Church supported the country in this difficult journey; but the demands of minority groups were not acknowledged in the Constitution. Last October the Nepalese Prime Minister Sushil Koirala made a public commitment that religious freedom will be upheld in the country’s long-awaited constitution.

There have been episodes of intolerance and sometimes of real violence, such as the bombing of the Church of the Assumption in the Kathmandu suburb of Lalitpur, the only authorised place of Catholic worship in the country, on 24 May 2009. Fliers belonging to the NDA (Nepal Defence Army), calling for the country to be declared a Hindu state and for the monarchy to be restored, were found among the debris. A similar flier was found on the spot where Father John Prakash, a Salesian priest who ran the Don Bosco School in the eastern town of Sirsiya, was murdered on 1 July 2008. The Lalitpur bombing, in which three people died, was the first attack against a Catholic place of worship in Nepal. Other movements on the border between activism and banditry, such as Save the Hindu Nation, have targeted religious minorities with acts of intimidation and extortion.

The Bishop presents his vision of a Vicariate which is centred on the Word of God and focused on formation in the faith and pastoral care. He believes in the necessity to promote small Christian communities, to form commissions for different fields of pastoral care, and to reach out to people in remote places offering education, health care services, and programmes for development.

In a recent meeting with local men and religious, Bishop Paul Simick underlined important aspects of church life in Nepal, including: on-going formation by means of regular catechesis; social service programmes; awareness building; and pastoral care for families and students. The Vicar Apostolic spoke of “a lack of qualified leadership among the local laity”, adding that formation must “begin with students and school children”.

One of the important aspects of the Catholic Church in Nepal is its action on social issues.

Through Caritas Nepal, present in 50 of the 75 districts, the Catholic Church is working to respond to the need of the Nepalese people; and not only Christians. The activities Caritas carries out are designed “to empower the poor, women, marginalised, and disadvantaged people”.

About two thirds of the population are dependent on agriculture for their livelihood. Chirendra Satyal, Director of Caritas Nepal, said: “One of the main intervention areas of Caritas Nepal is to promote sustainable agriculture to enable small farmer households to realise food security and sustainable livelihoods. Caritas has implemented a national campaign, ‘Program for Small Farmers’, in 24 districts of Nepal to distribute seeds, promote the use of vermin-composting and animal waste for organic fertilisers, and encourage small farmers to improve their household food security, incomes, and farming sustainability.

“In addition, Caritas Nepal has instituted a national programme on prevention of trafficking and HIV/AIDS, through measures such as awareness-raising sessions, a radio programme, and street drama. Smaller projects, often carried out through partner agencies, include skills development, savings and credit programmes, and education programmes for children displaced by the war”.

Caritas Nepal has also been carrying out a prevention programme on human trafficking, unsafe migration, and violence against women in Jhapa and Morang – two districts that border India. According to the Government of Nepal, Jhapa is one of the most heavily trafficked areas.