The Macua People in Mozambique: Living in Harmony 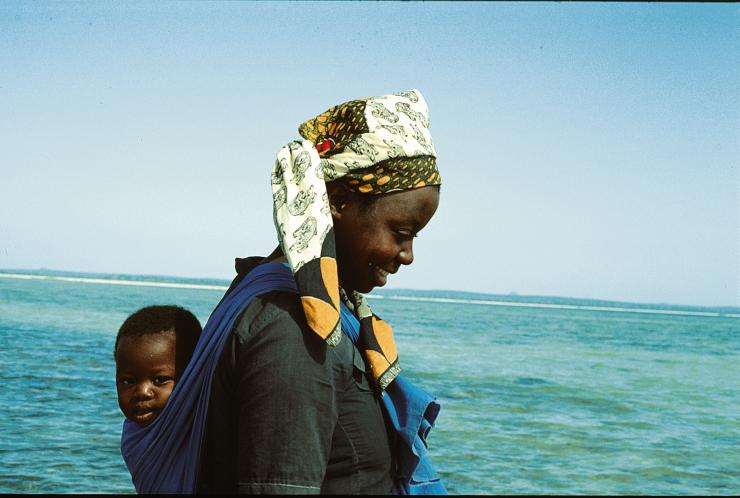 The Macua are the largest ethnic group in Mozambique, and the following describes some of their cultural traits.

The region inhabited by the Macua overlooks the Indian Ocean to the east, with more than 600 km of coastline, and it covers an area of about 200,000 sq km. It is bordered to the north, towards Tanzania, by the Makonde’s territory; on the west by Lake Malawi, which separates it from Malawi; and in the southern part, the region extends to the city of Quelimane, inhabited by the Chuabo – a small group of people who are ethnic cousins of the Macua. This entire vast region is affected by monsoons. The moisture-laden winds start blowing from the Indian Ocean in October, at the beginning of the rainy season, called eyira.

The highlands of the hinterland – Upper Zambezia and Niassa – are abundant with rain in November, while December brings rain to the coast. It is normal among the Macua to invoke God to ask for rain, offering propitiatory sacrifices. Rain is considered a concrete sign of God’s blessing.

The Macua people number approximately 4,000,000, and they are the largest ethnic group in Mozambique. The Macua social order is matriarchal. The nihimo (“clan/birth”) is a community made up of the mother (called pyamwene), children, grandchildren, great-grandchildren, and other descendants inthe matrilineal line. Women and men are carriers of the same ‘heritage’, inherited from a common ancestor; but only women have the privilege and are entitled to pass it down to their children. The nihimo is a permanent and almost mystical entity that unites all those descending from the original female ancestor and unites both the living and the deceased in a single community. When Macua individuals, boys and girls, are born, they become members of a nihimo, to which they belong by right. All individuals belonging to the same nihimo, therefore, consider themselves family. They are shaped by their clan and in accordance with the nihimo they belong to, and they cannot escape it. Children belong to their mother’s nihimo. Men in a clan seem to have the marginal role of generating offspring – nothing more. Each nihimo refers to a progenitor. The Mwene, the clan chief, is chosen from female line descendants.

In Macua society, individuals know exactly what they are supposed to do. Men’s tasks are: building houses, hunting, clearing the land, and selling the products of the fields. Women’s duties are: collecting grass for the roof, taking care of the children, cooking, and farming the land. Men seem to do the toughest jobs; but as a matter of fact, women work much more. Children are welcomed with joy, and infertility is one of the most common reasons for divorce.There are several taboos (mwikho) with regard to conception and birth. During pregnancy, mothers are not supposed to eat certain foods that are believed to adversely affect the normal development of the unborn child. The Macua people organise initiation rites for children between 5 and 12, to mark their formal entrance into the community. Previously, initiation rituals went on for months; several of them represented the death of the child and the birth of the individual as an adult. Individuals were supposed to undergo several physical tests: bearing hunger and cold, being beaten for the very first time in their life, and suffering humiliation. The person taking initiation was introduced to a school of practical life. For instance, they were taught what to do in case of illness, or how to bury dead people.

In Macua society, the elderly are highly respected as natural repositories of wisdom and tradition. Not one among the young people would ever dare to contradict them. Old people are still considered reference points. Macua people have reverential awe for the elderly. They think that dead people can take revenge and cause misfortune if they were mistreated during life. These people’s attitude towards death is generally serene. They are fond of life, but consider death a natural event. They are scared of becoming ill; not of dying. They say “Okhwa orowa” – “Dying means going somewhere else”. Where? In the world of the spirits roaming in the woods, especially around baobab trees; or in the caves of mountains. The Macua strongly believe in survival, and especially in communion and communication between living people and their ancestors. The dead are considered much more powerful than the living. They are able to give health and rain to the living – or deny them, if they are mistreated. The Macua think ancestors can also manifest themselves through dreams or soothsayers, and ask for sacrifices.

The Macuas’ religious feelings and beliefs embrace the whole cosmos. In their belief system, the universe is populated by material and spiritual beings, which form a single reality. In the Macua cosmos, men are not something separate, as they live in symbiosis with nature. Macua people believe that there is someone in the universe who puts everything in motion. They are not really interested in knowing God and living in communion with Him. They are much more interested in receiving from God or His intermediaries their basic needs: health, food, and rain – all the precious things that are not under their control.

The relationship these people have with God could be compared to that between a ship and the sea. The sea is something taken for granted, and so is God to the Macua people: something they can rely on and that will always be there to help.

The Macuas’ main law is ‘Living in communion’. What fosters communion is moral; what opposes it is immoral. The meaning of ‘communion’ is interpreted in a broad sense. The Macuas’ first rule is living in communion with the universe. This means respecting nature, not breaking its rules, and behaving in such a way that nature is well disposed towards men – respecting it and living in harmony with it. The boundary between the animate and the inanimate is rather vague. What is extremely important to them is living peacefully with others. Hence the respect and the utmost care not to argue or fall out with anyone. The Macua are aware that once balance is compromised it is unlikely to be restored; in their words: “mulattu khununtta!” meaning “disputes never end”, and quarrelling always leaves an aftermath of bad feeling.

PreviousThe Street Children of New Delhi, India: In Search of their Future
NextUruguay: Mate, the Herb of Friendship