Uruguay: Mate, the Herb of Friendship 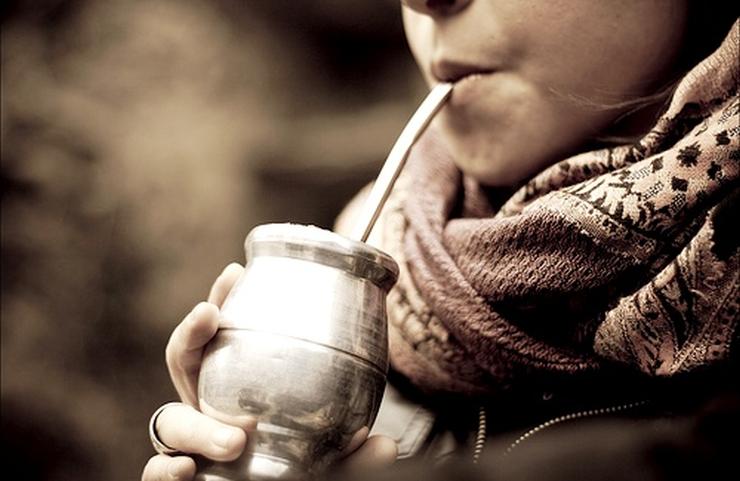 Visitors aren’t truly immersed in Uruguay until they try their first round of mate. It is the supreme proof of friendship, rooted in the history of the Southern Horn of Latin America.

Not everyone enjoys the initiation. But once they overcome their reluctance to sharing the same pot with others and digesting a hot, bitter infusion, mate becomes useful against the cold and rain of Montevideo, Uruguay – even more so with the help of old and new friends.

The Uruguayan anthropologist Daniel Vidart said: “After the liturgical ritual of preparing and consuming the mate, a new vision of the world and of life appears… mate overcomes the native’s shy inclination… it joins social classes… and it’s always mate that makes a circle of friends”.

The popular Uruguayan ritual has become one of the most important symbols of national culture. One also finds it in neighbouring Argentina, Brazil, Paraguay, and in parts of Chile and Bolivia.

Uruguay is the world’s largest consumer of the mate herb. They drink around 400 million litres a year, more than all other cold drinks added together (around 290 million litres), according to commercial sources.

Other statistics estimate imports of mate in this country – with a population of just over 3 million inhabitants – at 32 million kilos per year. At the same time, it exports 200,000 kilos a year to Uruguayans living in various countries, and to Syria, where there is a large community who used to live in the Southern Horn of Latin America. Native Guaranis have a ritual of planting the herb in the tombs of their loved ones and harvesting it later. By drinking it together with their families, they believe the spirits of the dead pass into their bodies.

Spanish colonisers noted that mate served as an energising food for indigenous peoples, and came to consider it as a threat. The Church even forbade what they called “the devil’s herb”.

Every attempt to eradicate mate failed miserably, as can be seen in the homes, cafés, parks, and streets of Uruguay. Ilex Paraguayensis, as the herb is also known, makes an excellent tonic, diuretic, antioxidant, and anti-depressant – and is not addictive. The term mate comes from the Quechwa word “matí” (calabash). One sips the infusion through a “bombilla”, a type of drinking straw which has a seed inserted in the top, acting as a filter.

Preparing the mate entails filling a calabash three-quarters full of the herb, closing the opening, turning it upside-down, and shaking it so the smaller particles stay in the upper part. It is then turned upright again, water is added, and it is left to stand. Lastly, the container is filled with hot water and covered for a few moments before introducing the straw. This ritual varies according to the family’s tastes and customs and according to the occasion. There is a great variety of ways to prepare mate.

Despite the criticisms of traditionalists, the market offers many varieties: milk mate, tea mate, and lately, even a fizzy mate drink and mate beers.

Polemics apart, any visitor will agree that mate always reflects the deepest feelings of Uruguayans.