Colombia: A Young Church Among Water, Forest, War, and Coca 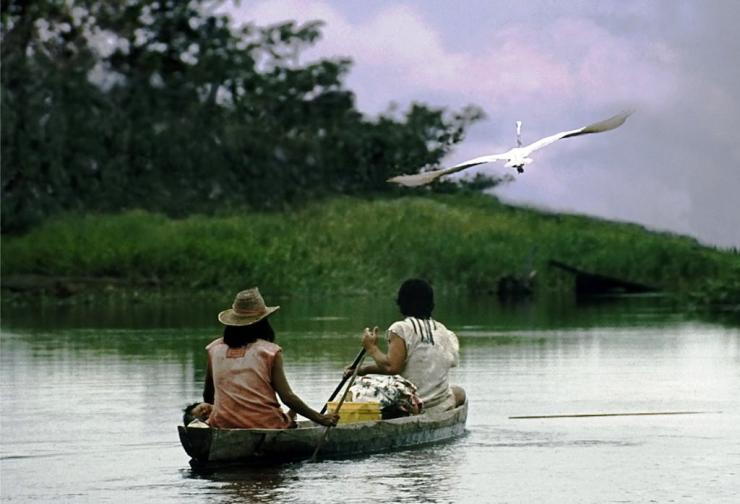 The Apostolic Vicariate of Puerto Leguízamo–Solano was established only two years ago. Monsignor Joaquín Humberto Pinzόn sent us some impressions.

The Vicariate covers an immense territory of 64,912 square km, inhabited by 56,000 people, almost all Catholics. It is located in the south of Colombia on the border with Peru and Ecuador, and is crossed by two major rivers, the Caquetá and Putumayo. These rivers with their tributaries constitute a huge hydrographic basin, which hosts one of the most biodiverse regions of Colombia. The rivers are also the only means of communication existing in the area.

The great natural, biological, and social potential of Colombia contrasts strongly with a whole set of problems which historically have limited the development of the country; and this region is not an exception. The absence of the State, the ongoing armed conflict, sustainable development, respect for the environment, the problems of children and the youth are challenges of such a scale that they can only be faced when all the forces operating in the area – and the church is one of them – begin to work together for the common good.

Diversity, in the territory of the Vicariate, is not only biological but also cultural. ln this region, in addition to the native indigenous communities (Murui, Kichwa, Coreguaja, Murui-Muinane, and Nasa), we also find Afro and farmer populations, who arrived from other areas of Colombia and settled there mainly in the second half of the last century. There are also populations of Peruvian, Ecuadorian and Brazilian origin. All these people, who interact and live together with their different customs and traditions, are gradually building and normalising a new mixed-race society. Some of them are concentrated in the two major urban centres of the region (Puerto Leguízamo and Solano), while other small groups live along the banks of the Caquetá and Putumayo rivers.

The living conditions of these people, scattered in a vast territory almost entirely without communication media, are a formidable challenge for us who are committed to accompany them with our pastoral work. Given the current circumstances, it is difficult to even imagine improving the quality of life of these communities. Their difficult living conditions also affect their daily experience of faith. In order to be more effective, the Church must find leaders willing to closely accompany each community so that the pastoral organisation can be enhanced, alongside the reception of people and the authenticity of the experience of faith.

The Vicariate has five parishes. Two of them are located in the city centre of Puerto Leguízamo; another two in two small towns belonging to the same municipality. The fifth parish is in Solano, the other major urban centre of the Vicariate. In addition to the parishes, there is also a worship centre in Puerto Alegría.

The pastoral activity of the Vicariate is entrusted to 12 priests, 8 religious, and a lay missionary. In addition to the traditional parish pastoral plan, we have also tried to organise an indigenous rural and urban pastoral project.

We believe that the best way to grow as a Church is to enhance the training of indigenous leaders and farmers in the different communities – supporting, at the same time, women, youth and children through specific organisations. This is why we wanted to launch a campaign whose basic concept is ‘Training is loving’. The campaign was conceived as part of the Jubilee Year of Mercy, and it is aimed at creating meaningful spaces where the spirituality of forgiveness and reconciliation can be cultivated. A spirituality attentive to creation, to communion between people and the communities of the Church and society.

PreviousMyanmar: Tattoo, Not Taboo
NextSudan: A Glass of Water for the Kafir