Mozambique: In the Shadow of the Baobab 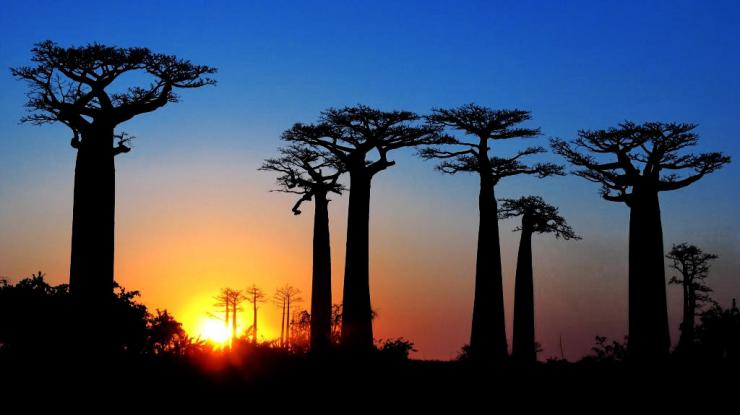 One day a group of young people gathered under a Baobab tree to listen to Kibaykita, one of the most respected village elders. The old man began to speak…

Baobab trees stand sporadically on the sides of roads through the Africa. They tower like steeples, pagodas, or domes. The Baobab is a burly tree, growing to the sky thanks to the support of the tangle of its stilt roots. This impressive tree is the symbol of the savannah, a sculptural example of the plant kingdom. A Baobab tree may live to be over 500 years old and can reach 25m in height with a 15m diameter trunk – a real giant of nature.

In Africa, the Baobab is the gravitational centre of the social life of villages. Local markets, the meetings of the elders, the hearings of the courts, ritual dances and children’s games are all held under the shadow of baobab trees. It is an essential element of the landscape. In the shadow of the tree, wisdom is passed down from one generation to the next.

One day a group of young people gathered under a baobab to listen to Kibaykita, one of the most respected elders in the village.  His pearls of wisdom remain etched in the minds of his listeners. He pulled out from under his stool a tomato glass jar, and placed it in front of him on the tangle of the baobab roots. Next, he pulled out a bag of stones from under his stool, and placed them one by one in the jar until it was full. Lifting his gaze to the young people around him asked, “Is the jar full?”. Everybody answered, “Yes”. He paused for a moment and replied, ”Really?”. Once again he reached under the stool and pulled out a bag full of pebbles. Carefully, the old man poured the pebbles in and slightly rattled the jar, allowing the pebbles to slip through the larger stones, until they settled at the bottom. Again, he lifted his gaze to his audience and asked, “Is the jar full?”.

At this point, the people around him began to understand his intentions, and they replied, “Apparently not!”. “Correct”, replied Kibaykita, now pulling out a bag of sand from under the stool. He poured the sand into the jar. The sand filled up the spaces between the stones and the pebbles. Again, the old man asked, “Is the jar full?”. Everybody replied in unison, “No!”. “Correct”, replied Kibaykita who then reached out for a pitcher of water and poured it in the jar until it was completely full. At this point, he asked, “What great truth can we surmise from all this?”. A young man replied, “We learn that as full as our schedules may appear, if we only increase our effort, it is always possible to add something more”. “No”, replied the old man, “the truth we learn is this: if we do not put all the larger stones in the jar first, we will never be able to fit all of them in later”. Then Kibaykita continued and asked his audience, “What are the large stones in your life? Your sons? Your family? Your goals? Health? Fighting for a cause? Doing what you love? Taking time for yourself? What we must remember is that it is most important to include the larger stones in our lives, because if we don’t do so, we are likely to miss out on life altogether. If we give priority to the small things in life (pebbles and sand), our lives will be filled up with less important things, leaving little or no time for the things in our lives that are most important to us (stones)”.

And if you want to reflect on Kibaykita’s wise teaching, you should ask yourself, ‘What are the large stones in my life?’. And once you identify them, be sure to put them first in your jar of life.