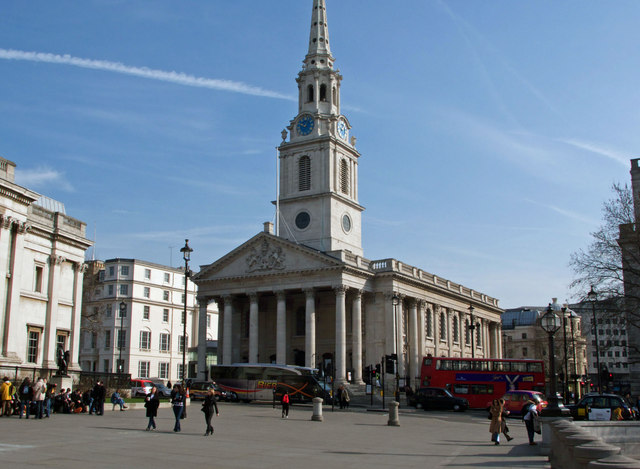 Pan pipe music from Bolivia filled St Martin-in-the-Fields Church at Trafalgar Square and brought a flavour of Latin America to the opening of the annual Romero service in London.

The ecumenical service this year marked the 36th anniversary of the martyrdom of Archbishop Oscar Romero. The theme of the event was ‘The violence of peace-making – Archbishop Romero and the Search for Peace’.

Julian Filochowski, Chair of the Archbishop Romero Trust in his welcome recalled the beatification of Romero in San Salvador which took place on 23 May 2015, and remembered the rare solar rainbow that circled the sun during much of the ceremony. He suggested it gave the event a cosmological dimension whilst others had compared it to the opening of the heavens as Jesus appeared after his baptism in Jordan.

The rainbow around the sun had appeared once Cardinal Angelo Amato, prefect of the Congregation for the Causes of Saints, had finished reading the official decree proclaiming Oscar Romero as a martyr and Blessed. Romero oversaw the diocese of San Salvador from 1977 until 24 March 1980. He challenged violence in his country but was shot and killed whilst saying Mass.

The keynote speaker at the Romero service in London was Fr Francisco de Roux SJ. He said that he had long been “touched and inspired by Oscar Romero”. Since the 1980s Fr de Roux has been a leading voice in the efforts to seek a peaceful settlement in Colombia and he thanked CAFOD and Christian Aid for their support. He has received numerous awards recognising his contribution to human rights and peace-building: among them the French Légion d’Honneur and Colombia’s National Peace Prize.

In his talk he reflected on working with communities in violent areas, “we discovered that there is no safety in weapons, and that the only true and sustainable protection comes through trusting people”. He hopes that in Columbia plans for a peace agreement between the State and the FARC guerrillas will bring peace, ending the 50 years of violent conflict.

“Urban and especially rural communities are desperate and exhausted by the war” he said. He deplored the “cult of violence” in Colombia and the threats he and fellow Jesuit Javier Jiraldo faced whilst undertaking their peacebuilding work. He said “today Romero is asking you, in the name of Jesus, to continue your support for people, Christians and non-Christians alike, women and men who keep on believing in the non-violent struggle for peace.”

Revd Richard Carter of St Martin-in-the-Fields concluded that the search for peace can be dangerous and violent, as evidenced by the famous peacemakers such as Gandhi, Martin Luther King and Romero who all died violently. He praised Fr Pacho for his work to bring peace to communities around the world and suggested, “We too must be seeds of peace wherever we are”.

Readers at the service included Bishop John Rawsthorne, Emeritus of Hallam and Clare Dixon of CAFOD (both trustees of the Archbishop Romero Trust), Christine Allen of Christian Aid, Pat Gaffney of Pax Christi and Fr Joe Ryan, Chair of Westminster Diocese Justice and Peace Commission. The musicians led songs on the theme of peace, including ‘Bearers of Peace’ by Bernadette Farrell, and the Romero Song.