African Myths: A Door to the Mysteries of Creation 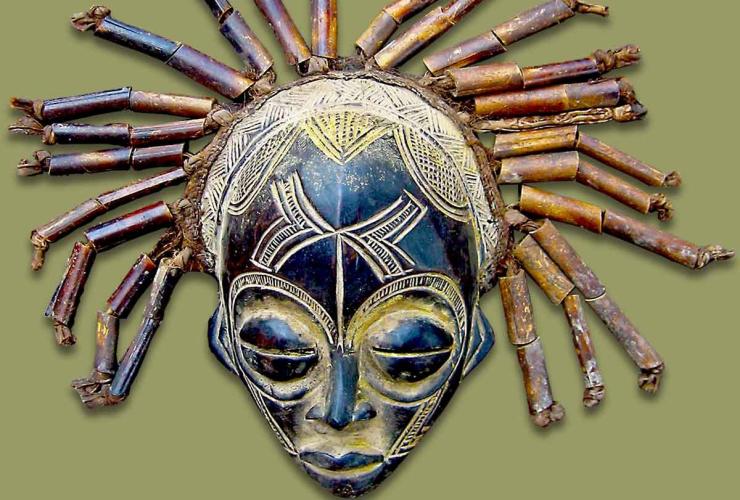 Across the continent of Africa, there are thousands of myths. They are an attempt to answer the great questions that, sooner or later, we put to ourselves about the world, the past, life, death, happiness, and evil.

There are questions and answers that every generation asks itself, and then passes on to the next. Myths are many: they deal with the universe, the heavens, weather phenomena, the beginning of life, social organisation, and much more. It has been estimated that in Africa alone, myths, popular stories, and the legends that contain them, could be as many as 250,000.

They are almost always transmitted by means of rites, ceremonies, dances, invocations, and celebrations that allow the individual to integrate with nature and with the invisible. Myths mean the individual does not have to remain at the mercy of transient events; above all those of suffering and death.

Many myths refer to creation – to how the universe was put in order. In almost all, we encounter the notion of ‘high’ and ‘low’: the Divinity being ‘up there’ in heaven, and human beings, animals, and plants being ‘down here’ on earth. Almost always, human beings appear last. A myth from Kiga, Uganda says that Imana (the ‘One-who-dwells-with-us’) in the beginning created two countries: one above the clouds made up of the sun, the moon, and the stars; and the other below the clouds. It is this second one that we inhabit, together with the trees and the animals created by Imana.

In the stories, we see a golden age, when the divinity was living close to human beings and sending them messages by entrusting them to the so-called ‘mythical ancestors’ – who are referred to as ‘cultural heroes’ within the discipline of anthropology. The Gbaya people of the Central African Republic speak of the mythical ancestor, the first human being, the cultural hero who brought people the seeds of plants and taught them how to cultivate the land. He was cunning and, if necessary, a liar, a provoker, and an anti-conformist. The Chagga people of Tanzania say that God had a servant to whom he used to entrust the tasks to be executed. It was this servant who discovered that humans, disobeying God’s order, had eaten a certain type of tuber. God then decided to punish them with sickness, famine, war, and death.

As for the circumstances of the arrival of human beings in this world, there are many versions of the story. The idea of the creation of human beings from clay, for example, is very widespread across the continent.

In order to mould the human being, God acted like a potter. Shilluk people in Sudan think that God used clay of different colours, and this would explain the different pigmentation of humans. The Bambuti pigmies of the Democratic Republic of Congo say that the Divinity, Arebati, shaped the first human being from clay; then he covered him with skin and poured blood on the lifeless body; and only then did the first human being start breathing and became alive. The Batwa pigmies say that they are ‘children of God’. The Tivs in Nigeria believe that the first human beings didn’t know how to cultivate the land until the day when Aondo taught them; from that day, the joy was great. To the Bambuti, God taught blacksmithing, so that they might build for themselves the weapons and necessary implements for a life of hunting in the forest. “You will never lack game” is what Kmvum swore to them.

The sin of disobedience. Then came the separation of the two worlds, with ill-omened results for humanity. Communication between God and the people was interrupted; the messages destined for human beings were no longer there or were no longer understood. Many myths explain how the happy relationship between the Creator and humanity ended in a definite way. Most accounts attribute this to an open disobedience on the part of the human beings: God imposed laws on them, but they didn’t respect them or take them seriously. An Ewe myth in Togo tells us that God had decided to live with the people He had created. He used to come down to earth regularly, sliding down a rope, and thus able to encounter His creatures and solve their problems. However, he had ordered: “Let nobody touch this rope for any reason whatsoever”. But one day, a woman, driven by curiosity, decided to touch the rope. God then got angry; He went back to heaven, cut the rope and swore that He would never come back again.

The Bari, Fajulu, Toposa and Madi (Sudan and Uganda) share the story that, in the beginning, heaven and earth were united by a rope or a bridge, and that God from time to time came down to earth to spend time with the people. The rope, however, accidentally tore or was eaten by a hyena, so the link between God and humanity came to an end. Without paying attention to the reason that brought about God’s estrangement from the earth – whether because of a disobedience or an unwelcome accident provoked by humans, – in all the stories it is evident that those who drove humanity into perdition were the human beings themselves.

Life and Death. Several myths try to explain the entrance of death into the world. Life and death are the greatest unknown factors of human experience. In many cases, death is attributed to a ‘message that never arrived’.

According to several stories, God sent His life and death messages by entrusting them to animals; in particular to a dog and a hare. To the former, He entrusted the life message; to the latter, the death message. They both set out running. The dog, however, came across a bone, and stopped to gnaw it, whereas the hare continued the journey. This is why the message received by the human beings was: “God said that You will die”.

An Ashanti myth from Ghana tells us that, after having gone to live far away from humans, the Divinity, Onyankopon, sent them a goat with this message: “There is something called death. One day, it will kill one of you. Even if you die, however, you will not be completely lost: you will come to Me in heaven.” A little way along the road, the goat stopped to graze. Seeing this, Onyankopon sent a ram with the same message. Upon arrival, however, the ram changed the content of the message: “Onyankopon lets you know that death is for everybody.” When the goat arrived and passed on God’s exact words, nobody paid attention.

There are also myths about the end of the world or the cosmos. According to a story of the Songo in Tanzania, when the end of the world is near, the sun will become dark. Then another two suns will appear: one from the East and the other from the West. The two celestial bodies will meet in the middle of their route, and then the world will end. When this takes place, Khambegu, the hero-god of the traditional religion, will come down to earth and save the Songo people, while the rest of humanity will be lost.