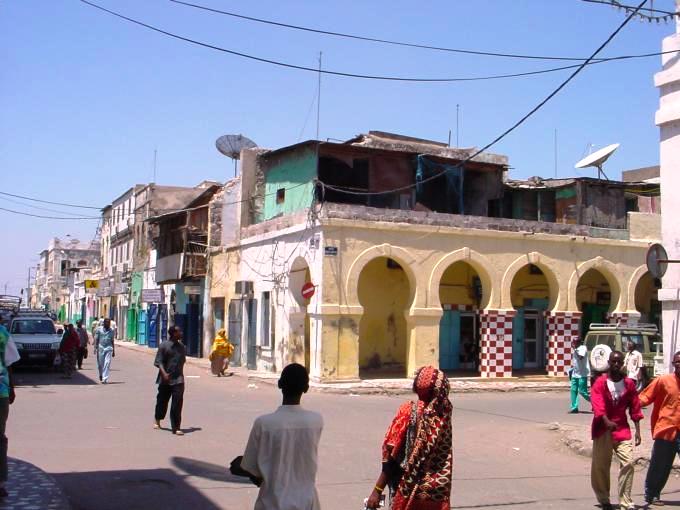 Being a missionary in Dijbouti means seeking a dialogue with Islam and being confronted with the situation of the migrants and refugees in the country.

Djibouti is often quoted in the press because of its strategic and military relevance or, more recently, for its ambitions as a potential commercial and economic gateway for both Africa and Asia. To Fr. Mark Desser, however, it is something slightly different. “The Jewish reality Christ lived in is not terribly different from what one can find here”, says this 41-year-old US-born missionary, who first came to the country in 2007.

He adds: “For instance, Dijbouti is a tribal society, as ancient Israel was, and that is probably the first thing you discover”. This has nothing to do with development: on the capital city’s seafront, Chinese workers are busy working on a new port which has the ambition to compete with that of Mombasa as a hub for the Indian Ocean cargo trade. In addition to this, the country wants to build two airports, a modern railway, and several industrial areas, for a total cost of over $14 billion, mainly provided by Chinese banks. Nevertheless, from a cultural point of view, according to Fr. Desser, “the tribal roots influence everything: this has both good and bad aspects and it also has some consequences on how we live our missionary life. We have to be sensitive to tribal elders and to the different relationships between the groups”.

“In my opinion this kind of mentality is even deeper than the Islamic reality, even if the latter is also an essential element in the way people are thinking and acting: the two things, in some way, are coexisting side by side”, Fr. Desser said. It is difficult to underestimate the influence of Muslim beliefs in a country which is 97% Islamic, and where Christians account for just 1.7% of the population. Foreign missionaries, however, are tolerated, and the Catholic Church has been in the country since 1885. They also opened the first western-style schools. Fr. Desser, who teaches in one of these schools, says: “Even now we have old men, who used to be students in the 1950s, coming and remembering the time when other missionaries were here”.

Despite the introduction of a stricter, less tolerant, version of Islam in the country through foreign influences, education is one of the areas in which common ground can be found more easily. This is according to the American missionary, who has been teaching Ethics to both Christian and Muslim pupils for two years now. “When we discussed the Charlie Hebdo shooting in Paris, for instance, the discussion was very rich and very educational because of the different perspectives of the people, and we tried to move away from the ‘eye for eye, tooth for tooth’ reaction”.

When looking at the bigger picture, however, it is clear that Djibouti is not free from tensions. Since gaining independence in 1977, the former French colony has had only two presidents – Hassan Gouled Aptidon and, from 1999, Ismail Omar Guelleh. For many years the government also faced a rebellion led by the Front for the Restoration of Unity and Democracy (FRUD), which overlapped with clashes between the two main ethnic groups, the Issa and the Afar. The small Horn of Africa state also suffered consequences from the decades-long war in Somalia, which started in 1991, and the lack of economic opportunities for many in the neighbouring country of Ethiopia. Dijbouti acts as a transit point for migratory routes – primarily for the one which leads thousands of Ethiopians and Somalis to Saudi Arabia and other Persian Gulf countries. This flow, however, has been in some way modified and almost interrupted because of the war in Yemen, on the opposite side of the Red Sea.

This same conflict is also the main reason why the country has been in the spotlight in the last few months: thousands of Yemenis began fleeing to Dijbouti in order to avoid violence in their home country. However, Fr. Desser underlines that “there are many more people in the same condition: among them are the former combatants of the Somali war who, in some cases, have been in the Ali Addeh camp, in the south of the country, for more than twenty years!”. In this context, the Catholic missionary says, “it is very difficult to help people develop any sort of life: there are children who were born in the camp and that’s the only reality they know!”

The situation of the Ethiopians who used the country as a transit point wasn’t any better. Fr. Desser recalls the day in 2012 when a highly overloaded truck, carrying 90 migrants, overturned near Obock in the north of the country. The inexperienced driver was trying to outrun the police pursuing him, but he lost control of the lorry and more than 20 people died as a consequence. The US-born priest remembers: “I was on that road, that day, and it was me, together with a young Ethiopian and two soldiers, who had to bury the bodies shoulder by shoulder in a big grave that was dug on the side of the road: I am waiting for the day when it will at least be possible to carve a stone to mark the place”.

These people, whose names he has never known, are to Fr. Desser another example of an issue he firmly believes in dedicating his efforts to. Addressing the root causes of migration is well beyond the capacity of a single human being, but one should never forget that “everything happening at an institutional level also has an impact on a personal level” for each one of us.