India: Mother Teresa, A Message For Our Times 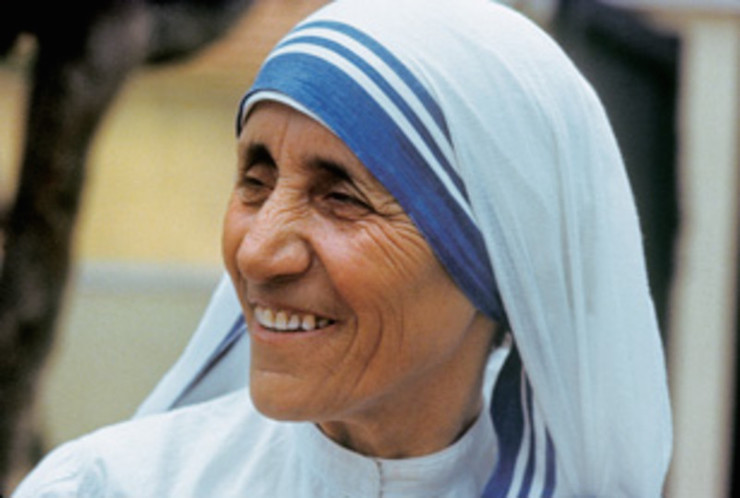 Having known Mother Teresa very well over a period of four decades, what has impressed me the most has been her visible sense of compassion, self-forgetful attention to others, bubbling enthusiasm, and unfailing resilience in the face of difficulties.

I first met Mother Teresa as a young seminarian, in 1958 at Bandel Church. Her work was about ten years old and wasn’t known beyond the immediate neighbourhood. Those who knew her closely spoke of the ‘impossible’ measure of generosity of the new initiative. She was young, quick on her feet, and walked to the Church or around the Marian Shrine with a group of young Sisters at an amazing pace. Such an external expression of dynamism was combined with spiritual depth, a profound sense of vocation, and contagious joy. She was a mystic in action.

The first time I met her as a bishop was when I was travelling from Mumbai to Calcutta (Kolkata). I noticed Mother Teresa sitting a few seats ahead of me. It was past midnight when we eventually reached Kolkata. She asked me whether someone was waiting for me; if not, she would take me to the place where I was intending to stay. I thanked her for the offer but insisted that I knew Kolkata well, and that she should not trouble herself at such a late hour to help me – but she would have none of that. Her Sisters had been waiting for her with a jeep; she seated me in the front and she herself, the Nobel Prize winner, sat in the back with her companions. Finally, after driving through many circuitous lanes, we reached the religious house where I was going to stay. Even after I got off the jeep, Mother Teresa refused to leave until the gatekeeper opened the gate and recognised me. As I thanked her, I asked her to pray for me. She replied “I will,” in a way that I will never forget.

It was on the 10th September 1946, while travelling to Darjeeling, that young Teresa of the Loreto Sisters heard an inner voice asking her to come out into the streets of Kolkata and look after the poorest of the poor. Industrialisation had brought wealth to the city, but had also thrust a large number of people into degrading conditions. She had only a few cents in her pocket when she ventured on that mighty undertaking which was to stun the world. She accomplished the unbelievable. Though not physically strong, she vibrated with life and exuded energy all the time.

Mother Teresa never ran short of ideas and always found fresh energies within herself. From the obscure slums of Kolkata, she won the attention of the world. Her message was always the same: to love the poor and to show compassion. She related to everyone, including Kolkata’s poor. For her, everyone was equal. She had no other topic for conversation but the needs of the poor. Mother Teresa recognised the seed of greatness in every human being, no matter their condition. Each person is unique and every individual uniquely precious. She did not argue the point but established the truth in action and in life. That was her style. In her own manner of communicating, she was eloquent beyond description.

Mother Teresa’s message to everyone is: “Be an adult today, and take on responsibility for the rest of humanity” – just as she did.

The dignity of the human person implies something even profounder. Is the human being best described as a diligent producer and ardent consumer? Is there a deeper significance linked to one’s identity, for example a call to be an artist, a prophet, a sage or a saint? Can one discover and unveil the hero within? Can one come to understand that ordinary people have a vocation to live extraordinary lives; and that greatness is not only for the few, but the calling for everyone?

Mother Teresa has shown on the streets of Kolkata how true this assertion is. One has to make a bold choice, risk a daring decision, and pay the price.

It calls for painstaking effort coupled with a change of attitude. Change the landscape of your mind and you will not just change your life, but the world.

Mother Teresa confronts us today with even more challenges. She says “question your life of compromise, dialogue with the challenges you face and keep close to pain and those who have to live with it”. Listen to the message that human agonies have for you. You may be surprised to find, as she did, that pain is a wonderful teacher and that an inner agony can be a gift. In fact, the pains she suffered were not merely linked with the hardships of her ministry, but also with the strains of her spiritual journey in search of God who seemed to be constantly absent.

While she was perfectly sure that the work she was doing was God-mandated, he himself seemed to keep a distance, leaving this much admired nun in deep inner distress. St John of the Cross calls this experience the ‘dark night of the soul’. Mother Teresa struggled with this deep spiritual pain of inner emptiness for years and we would have known nothing of it if not for her diary, which was preserved for posterity against her own will.

Such an experience can help us to unwrap our cosy little lives and give us a chance to know the secrets of our soul and firmly hold that God is near.

One of the criticisms that I have heard of Mother Teresa is that she was what she was and not what others wanted her to be. They wanted her to go beyond the ‘impossible’ and she was unable to do this. In other words, what she has actually done in itself is amazing. It is unfair to expect anything more from her. For example, she has been accused of associating with the high and mighty, not denouncing those who headed unfair structures and even accepting assistance from them.

Indeed, she rejoiced that there were many who traced injustice to the roots. But she pleaded that her own mission was different – it entailed helping humanity where it
was most wounded.

I would end with these words of Lao Tzu, which fit the great saint from the streets of Calcutta so well: “The wise shine because they do not want to impress. They achieve great things because they do not look for recognition. Their wisdom is contained in what they are. They refuse to argue, so no one argues with them; but their message convinces”.

PreviousMexico: The Ritual Dance of the Flyers
NextJapan: The Way of the Kami