The Garo People in India: Culture and Dances 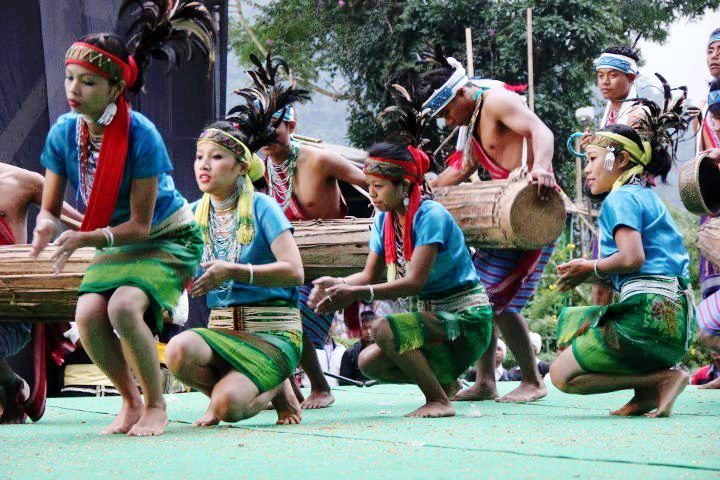 The Garos live in the northeast of India, in the state of Meghalaya. They are distributed over a hilly area — hence the name, Garo Hills. After the territorial partition that created modern India and Pakistan, over one hundred thousand now live across the border, in north-eastern Bangladesh. Those living in Bangladesh generally prefer to call themselves ‘Mandis’. Many cultural traditions enrich these people’s lives. The Garos’ cultural heritage is represented well by the Wangala festival, which is one of the most striking and peculiar events among this group.

Wangala is considered to be the national festival among Garos; it takes place between October and November, after the rice harvesting. The date of the celebration varies across different villages; therefore, neighbouring groups can participate in other villages’ celebrations. Wangala is mainly a celebration of thanksgiving after harvest, in which Saljong, the sun-god of fertility, the Great Giver, is honoured.

In the past, from rice sowing to harvesting, it took almost eight months. During the months of January and February, the village chief, a woman (referred to as the Nokma), chose the most suitable areas inside the forest for rice cultivation. The local shaman sacrificed a rooster to the gods to purify the land and chase away evil spirits; the rooster’s blood was supposed to fertilise the field. Then, people using a heavy axe, called Atte, cleared the land of weeds, plants, and bushes. Twigs were then left to dry under the hot sun during March and April, only to be burned later and used as fertiliser. The rice-sowing was also preceded by the sacrifice of another rooster — offered to the deity, and its blood poured onto the ground; again to guarantee a plentiful harvest.

The Nokma performs a ritual a day before the start of the festival, during which freshly brewed rice-beer (called Bitchi or Ciù), cooked rice, and boiled vegetables are offered to the Misi Salong as thanksgiving for a rich harvest season. The brewed rice-beer is then mixed with the rooster’s blood that the Nokma has previously sacrificed. The following day, an incense-offering ritual marks the beginning of the Wangala celebrations, which take place at the village chief’s house. Wangala rites are generally held close to the village chief’s house to emphasise his authority in the community. In the past, the festival lasted a week; these days it lasts for three days, and in several villages, it fills only one day.

Dances, songs, and jokes create the right atmosphere for matchmaking. Only on this occasion do girls and young men have the opportunity to find a husband or wife.

The rhythmic beats of drums, accompanied by the sound of the traditional ancient flutes made of buffalo horn, create a surreal atmosphere. The sounds and movements of the dances are inspired by the voices and movements of the animals of the forest, such as monkeys, tigers, or snakes. Some repetitive gestures of the dance evoke the effort of rice planting and harvesting. In this hectic rhythm of sounds and symbolic gestures, people feel united to their deities.

The Wangala dances are mostly group dances. The dancers make two lines in parallel, one of which is made up of girls, the other of young men. All participants dance in lines while the drums are played in a cadenced manner. Young men wear the dhoti, a turban adorned with rooster feathers, and carry a drum with shoulder strap (the dama). Girls wear colourful dresses and their hair is adorned with coloured plumes.

According to a pre-set sequence; dance groups move along with all participants from various houses singing and dancing. Every family is supposed to offer food and drinks — and then more drinks! — for everyone, all night long.

The Wangala celebration has varied over time. The Garos’ lives have changed too. Nowadays, many of them leave their villages in search of a job in the urban and industrial areas, far from their regions. The introduction of compulsory education among these groups, once excluded, obliges many boys and girls at an early age to leave their villages to integrate themselves into different realities, where they meet peers from other cultures and religions. The number of Garo girls marrying non-Garo young men is increasing. Nowadays, Garo indigenous people have to deal with big changes.

Over the past few years, both India and Bangladesh’s governments have placed particular stress on traditional festivals. National and regional governments try to send a political message through traditional dances, songs, and costumes, which is intended to draw attention to ethno-religious minorities. Keeping alive their traditions could be the last chance for minorities to reassert their identity and their dignity — often denied by majorities — within national boundaries.

While in the past, Wangala dances, rites and songs have celebrated harvest, fertility, and divinity, nowadays they have become an instrument for minorities to make their presence known and to assert their rights where majority rule prevails.