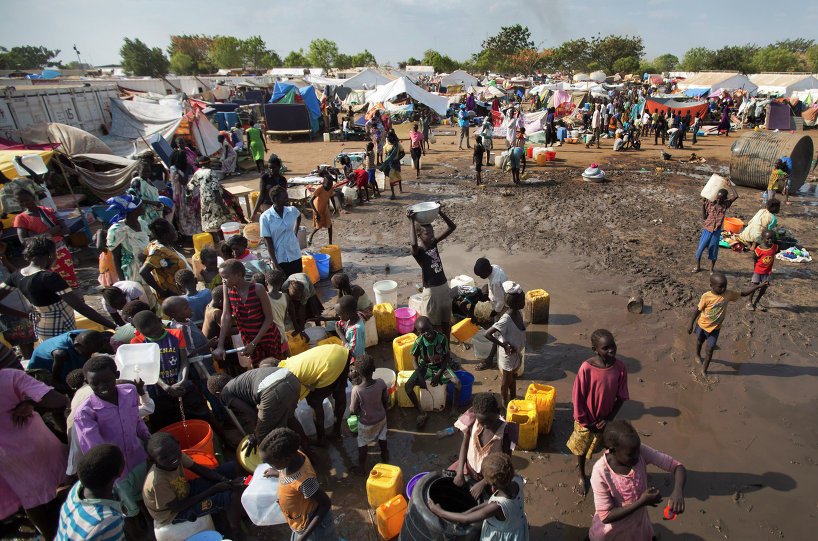 A period of renewed violence in July forced thousands to flee to neighbouring countries, many of whom are women and children, and are survivors of violent attacks. The number of refugees fleeing the country has now reached over one million. According to the United Nations (UN), this is one of the world’s worst humanitarian disasters.

South Sudan is the world’s youngest nation, having gained independence from Sudan in 2011. It now joins with Syria, Afghanistan and Somalia having produced more than a million refugees.

Leo Dobbs, a spokesperson for the UN refugee agency, the UNHCR said:

“This is a very sad milestone. Most of those fleeing South Sudan are women and children. They include survivors of violent attacks, sexual assault, children that have been separated from their parents or travelled alone, the disabled, the elderly and people in need of urgent medical care.

“Fighting has shattered hopes for a real breakthrough and triggered new waves of displacement and suffering.”

Fighting in South Sudan’s capital city of Juba in July between supporters of President Kiir and the previous Vice President, Riek Machar, has meant that since the beginning of that month, around 185,000 people have fled South Sudan. Both civilians and foreigners (including aid workers) were targeted in the fighting.

In 2013, two years after South Sudan gained independence from Sudan, civil war began when President Kiir accused Vice President Machar of plotting against him. The subsequent peace deal which was reached in 2015 has been violated by the fighting.

Other countries that have taken a large number of refugees include Ethiopia, Kenya, Sudan, Congo and Central African Republic. Refugees arrive exhausted after days of walking without food or water.

South Sudan’s landmark of having produced one million refugees comes in the week that the country’s leaders were accused of amassing a huge fortune at the expense of the state.