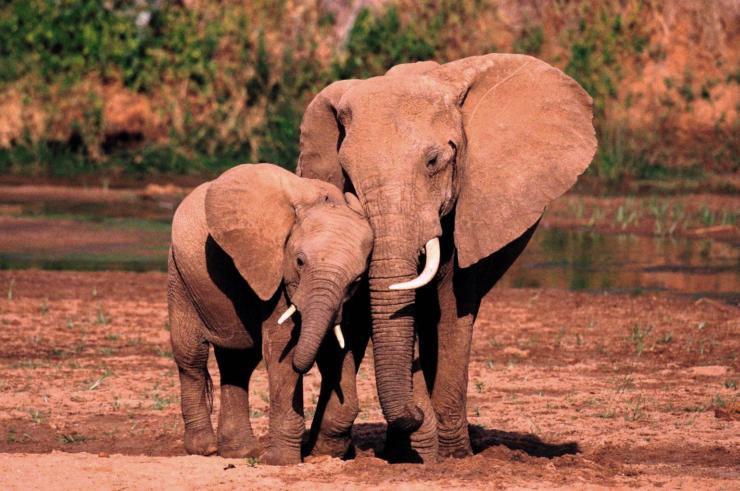 Africa’s elephant population fell 20 percent between 2006 and 2015, according to the International Union for Conservation of Nature (IUCN), due to an increase in ivory poaching. The IUCN is based in Switzerland and is regarded as the most authoritative sauce on animal populations. Their recent report launched by the Elephant special Group called the African Elephant Status Report 2016, was released at the end of September. In it, they describe the urgent need for particular countries to keep the global ivory trade shut.

“This is yet another set of data clearly indicating that governments must take all necessary actions to address the crisis.”

In the report, the IUCN said:

“The surge in poaching for ivory that began approximately a decade ago – the worst that Africa has experienced since the 1970s and 1980s – has been the main driver of the decline.”

Having drawn on a range of estimates and data to produce the report, the IUCN states that it has a reasonably accurate count of 415,000 elephants in Africa. In some areas, systematic surveys could not be carried out, meaning it is difficult to report on what is happening those areas. The number of elephants they believe are included was down from 500,000 in 2006. Areas where it is more difficult to carry out analysis include South Sudan, Liberia and areas of the Central African Republic.

The report does, however, show that the losses have been extremely significant. In Tanzania, there has been a 60 percent decline to their elephant numbers, particularly worrying for a country which relies heavily on wildlife tourism.

Elephant poaching has grown in order to meet the demand coming out of fast-growing consumer markets in Asian economies, including China. Here, ivory is highly desirable, and is often used in carving, and ornamental accessories.

The report notes that populations of elephants in Nambia, South Africa and Zimbabwe are actually increasing, as well as in Botswana. However, elephant numbers have been in steep decline in Mozambique.

Two African nations, Namibia and Zimbabwe have asked the UN’s Convention of International Trade in Endangered Species (CITES) for permission to lift the global ban on the ivory trade. But this remains opposed by nations including Kenya, who fear that it could stimulate demand for ivory, the source for which is always a dead elephant.