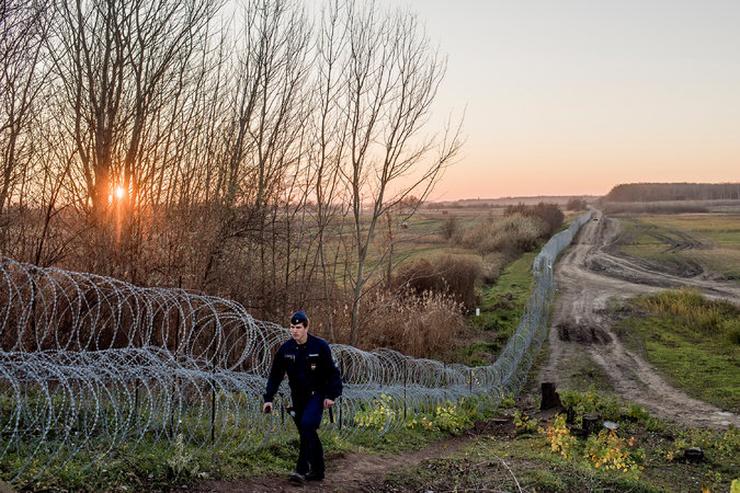 European Justice and Peace commissions issued the following statement at the end of their Workshop and General Assembly in Luxembourg last week, which examined security across the continent.

We, delegates from 21 European Justice & Peace Commissions, came together in Luxembourg from 30 September to 3 October 2016 to fulfil our responsibility to explore the challenges of security facing Europe in dialogue with representatives of politics, the military, EU institutions and civil society.

At the conclusion of this International Workshop and General Assembly, we adopted the following declaration:

In Europe today, many people are deeply concerned about security. Their concerns are justified. From terrorist attacks to cyberwarfare, from the refugee crisis to the effects of climate change, from increasing economic inequality and social injustice to high levels of unemployment, from the sovereign debt crisis to Brexit, Europeans face challenges to the social, cultural, economic and political order that has ensured security in Europe in recent times.

Security is essential and positive. It protects human dignity in order that it may flourish. It is a precondition for freedom and for the pursuit of wellbeing and happiness. True security, therefore, must be bound with respect for justice and human rights (cf. Gaudium et Spes, no. 78 and no. 81).

When security becomes detached from justice and human rights, it loses this positive value. Instead, it alienates the other, prevents mutual exchange and eventually becomes a new cause for conflict and division. True security can only exist in peace, and peace encompasses being able to live with – even to love – one’s neighbour, whatever their nationality, colour, religion or economic status.

Measures to protect security must therefore be proportional to respect for justice and human rights. When laws uphold the dignity of the human person, they bind a society together in mutual respect. When they do not, they diminish the rule of law and undermine social cohesion. The same is true in international law.

We warn against the idea that Europe can achieve security for itself by building walls. The nature of the threats to Europe’s security is too diverse and too complex for walls to be effective. Instead, walls exclude and discriminate, and create a sense of injustice. Security for Europe will only be achieved when all inhabitants of this world can perceive the world order as just.

That is why Europe’s security will be strengthened by measures to make the world more just. Europe’s institutions must keep looking beyond the immediate crisis in order to address its real root causes. This demands new ideas that take account of the new reality: that we live in a world of limited, not unlimited, resources; that a world order based on territorial states cannot control cyberspace. Let us not forget that threats to our security emerge as much – if not more – from within our society than from outside.

Security is also a subjective perception. Life is fragile; we can never be completely secure. If we are fearful and anxious regardless of how real or close danger may be, then we feel unsecure. We must be able to distinguish between justified concern about real threats and deep but groundless fears of the future or of the other.

We warn therefore against exaggerated fears of threats to our security that prevent us from taking advantage of the positive opportunities of the present time. Peace is more than security. Our goal must thus be to ensure that every person can live her and his life in dignity. When States struggle to provide security, achieving peace depends even more on citizens’ individual responsibility for the society in which we live. As Christians, we are called to bear witness through our everyday choices and behaviour to a society that respects justice and human dignity and thus provides true security for all.

PreviousAuxiliary Bishop of Juba, South Sudan: “There is no peace without justice”
NextUganda: Between Gestures and Words