Comboni Missionaries in the Democratic Republic of the Congo: “Our concern over the worsening social tensions” 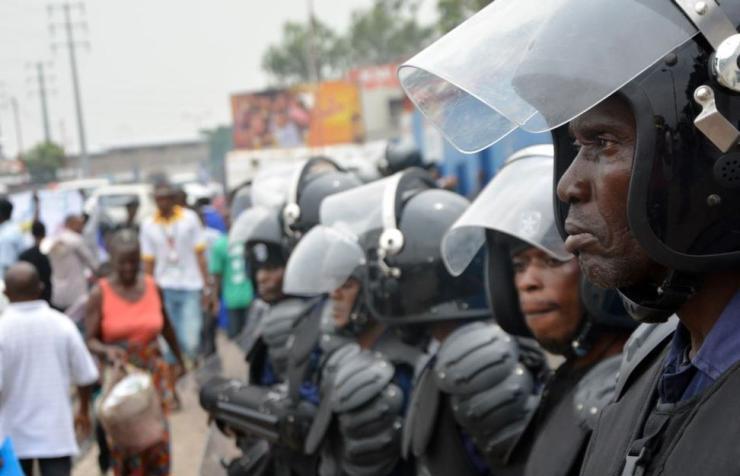 Worried about the events taking place in the Democratic Republic of Congo (DRC), the Superior General of the Comboni Missionaries, Father Tesfaye Tadesse Gebresilasie, and the Superior General of the Comboni Missionary Sisters, Sister Luigia Coccia, have written a letter on behalf of their organisations, expressing solidarity with the people and the Church. The letter was addressed to the bishops of the Episcopal Conference of the DRC.

In the letter, the religious leaders said:

“We, the Comboni Missionaries and Comboni Missionary Sisters, wish to express our total solidarity to you, to the Catholic faithful and to the Congolese people in the difficult national situation precipitated by the current serious political crisis. We admire the prophetic daring with which you sided with legality and the rule of law, standing by all those who in Congo fight for justice and for respect for the rules of democracy. From the very beginning you have publicly shown your firm opposition to any attempt to change the Constitution so that it will authorize in the coming elections the re-election of Joseph Kabila to a third term”.

The letter continues: “We share your concern over the worsening social tensions and the fear that the situation will get out of hand, thus plunging the country into chaos. We deplore the brutal repression at the hands of the security forces in Kinshasa, who used their weapons against civilians who were demanding that the government call presidential elections without delay. This intervention caused dozens of fatalities and over a hundred wounded victims. The tragic death of so many people is part of the strategy of those who hold power, in order to discourage and intimidate people from taking part in public demonstrations, the only peaceful recourse left to the citizens who want to show their dissent.

“We admire the courage of your decision to suspend, as a sign of your protest, your participation in the national dialogue between majority and opposition, and to condition your return to the negotiating table to the exclusion of president Kabila from the upcoming elections. We join you in believing that ‘only a frank and sincere national dialogue’ can help your country to come out of this enduring crisis. And this dialogue must be inclusive and respectful of the Constitution. We join our voices with yours in support of the request by the United Nations and other countries in the international community that in your country presidential elections may be held at the earliest, with due respect for constitutional details and in a spirit of peace, without intimidation or violence”.

The letter concludes: “We united ourselves in prayer with you, shepherds of the Church, that the rule of law may soon be reinstated in the DRC and that all citizen may have the possibility to cast their vote for the advancement of democracy and the promotion of development for all, particularly for the poor”.

There is not yet a date for the presidential and political elections, but there are intermediate election dates for the start of the electoral process. A government of national unity led by an opposition Premier will be created, while incumbent President Joseph Kabila will remain in office after the expiry of his mandate on 19th December, until a new Head of State is elected. These are the salient points of the agreement reached by the presidential majority and by the part of the opposition that participated in the national dialogue.

The agreement highlights that the deadline for the presentation of candidates is 30th October 2017, and that the election must be held within six months, i.e. by April 2018.

Once all parties have signed the agreement, the government of national unity will be formed within 21 days. A support committee consisting of seven members of the majority party, seven from the Opposition, and three from civil society will gather within a month.