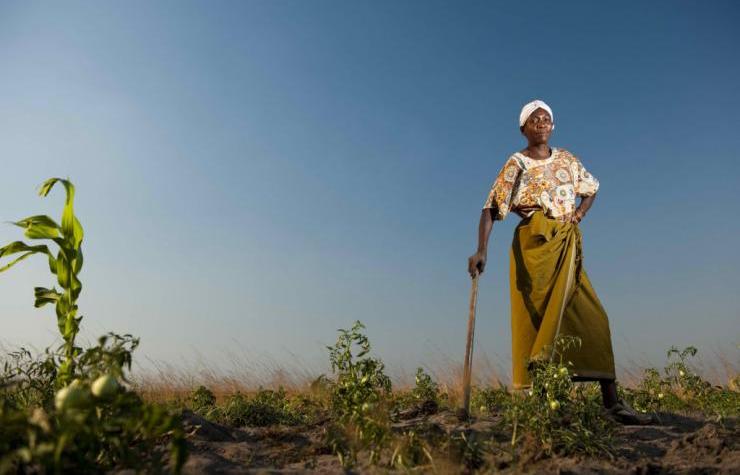 Land grabbing literally means taking land by force. The phenomenon is spreading like an oil slick across not only Ghana but also all of Africa.

“A huge portion of land has been regularly expropriated for years, and previous crops, chiefly food crops, now produce biofuels,” according to Mgr. John Kwofie, Bishop of Sekondi-Takoradi, Ghana’s fourth biggest city in terms of inhabitants and an important economic centre in the country, situated on the south-westernmost strip.

“The land is being devastated, the locals are not producing the food needed for subsistence, and on top of that, they are losing their jobs or are employed in different sectors with tying contracts,” he continued.

In the report ‘Unmasking Land Grabbing in Ghana; Restoring Livelihoods; paving the way for Sustainable Development Goals’, published at the end of last August, Ghana’s Episcopal Conference in collaboration with Caritas Ghana openly denounced land grabbing, revealing the perverse mechanisms regulating it. “Inadequate administration by many local politicians has created fertile ground for this situation which risks upsetting biodiversity and forcing entire swathes of the population to emigrate, in addition to causing enormous environmental damage and trampling all over fundamental human rights.”

Mgr. Kwofie added: “Western businessmen are unscrupulous; they never consult the local people before intervening, or when they do, they propose contracts that take advantage of simple people’s good faith, which has been bought with false promises. Once the land has been taken, it is stripped of existing crops that have always at least guaranteed food self-sufficiency and farmers become dependent on foreign investors.”

The report was presented to the national and local governments, and a cautious optimism is spreading regarding its positive political reception. Ghana could give rise to a movement that will hopefully reach out as widely and involve as many people in Africa as possible.

The land grabbing phenomenon is spreading like an oil slick across not only Ghana but all of Africa, where over 10 million hectares have already been acquired by Middle Eastern and European investors, with the aim to radically change the type of crop and make massive profits. This results in serious land degradation, the transformation of the labour market at the expense of local farmers and breeders, and the creation of islands within states that essentially belong to other entities.

Bishop Kwofie concludes: “Since the ‘Laudato Si’ encyclical was published, we bishops have felt a deep sense of understanding with regard to our problems on the one hand, but also an impulse to take action on the other. We will play an active role in this battle for justice and will try to force the government to take measures as soon as possible. In some inland areas, the land has already been irretrievably damaged, and there are areas such as the Volta region where it is now impossible to grow and produce food.

“I wanted the focus of my diocese’s latest synod to be precisely this. I urged: ‘Let us wake up and protect our land,’ and called on my faithful to adopt a clear stance against this horrible phenomenon.”