The Maasai in Tanzania: “They are asleep” 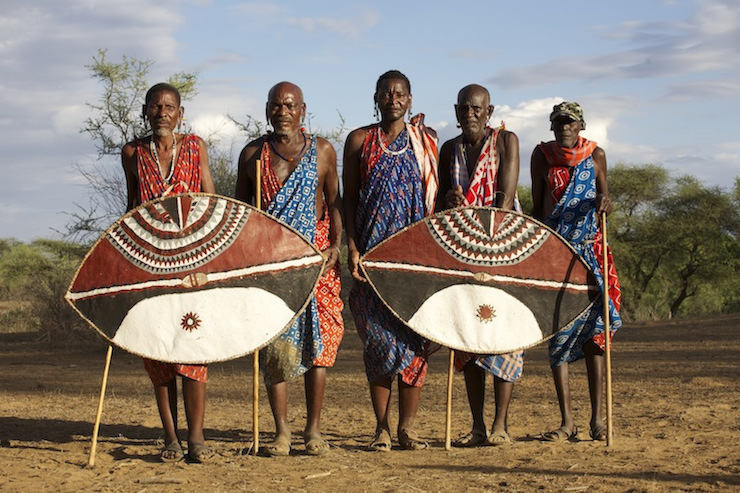 Only people who had a long life are remembered by the community.

To the Maasai, death is a mystery. They do not like death to occur within the settlement. When an adult approaches their death, he or she will be carried outside the settlement on a cowhide. Someone will stay with the dying person until they pass away.

If, however, a Maasai dies within the settlement, the whole of it is burnt down and the inhabitants will move away. But since the Maasai are subdivided into at least thirteen il-oshon, sections, with a degree of independence from each other, the observance of rituals and customs is not the same amongst all of them.

When speaking about death, a Maasai might say etua — he or she is dead. This is said of any living thing which no longer lives; be it plant, animal, or human. Il-oo-tuata are the dead, the deceased. But in the case of humans, the Maasai prefer to say e-shomo, he or she went. They also frequently use the term e-irura, he or she is asleep.

Such terminology is important to note, because it gives us an insight into the Maasai ideas about death. These are not mere euphemisms, but point to a vague notion that death is not an abrupt end. While in the past they would say e-shomo, today the Maasai prefer to say e-shomo Enkai: he or she went to God.

This may be a development caused by the influence of Christian mission-work, but such a hypothesis would have to be proved. The Maasai are by nature a very religious people and easily invoke the name of God. It is said that the Maasai do not believe in an afterlife. Yet some of their customs contain a vague notion, call it a hope, of a continued presence somewhere.

When an important elder dies, his whole body is anointed with oil. Burial takes various forms. Normally the dead are laid out in the open, placed on one side of the body and wrapped in a skin, and placed some distance away from the settlement. This ceremony is called e-nukata: the folding up. The dead are not buried in the ground.

All the ornaments on their bodies are removed and broken and placed next to the body in the skin. Even in the case of very small children, the few strings of beads they wear are torn and placed next to the child. If the dead person is a very important or venerable elder, the body is given a grave, en-kurare. This means that his body, after being laid out, is covered with a large heap of stones, forming a cairn.

Such cairns are often seen in the Loita Highlands near the Valley of the Iloibonok. Another famous one is the cairn of Olonana, historically the best-known Maasai leader and oloiboni. It is supposed to be located between Nairobi and a place called Ongata Ronkai, just south of Nairobi. Also well-known is the grave of Olegilisho, in the Lemek Valley, at a nook in the hills which bears his name. Everyone who passes such a cairn is supposed to add one stone to the heap and say a short prayer. This brings us to another interesting point.

The Maasai do invoke in prayer the names of some of these great elders of the past, especially Senteu, the father of Olonana, and Olonana himself. This is another indication of awareness that these men are with us and that they can assist us. From what has just been described, it is clear that Maasai society is still very much male-dominated and orientated. After the death of an elder, his sons will come together to discuss the inheritance — primarily the herd of cows belonging to their father.

They will from now on also wear ol-kataar, a simple undecorated iron bracelet worn on the wrist by men, indicating that their father has died. Is this simply an indication of the death; is it a reminder or memory of who their father was; or does it signify a means of contact with the deceased person? It is clear that questions like these will need further research as regards their deeper meaning and significance.

PreviousEgypt: The Hidden Charm of Graves
NextMexican Catrina: A Celebration of Life