Love the Earth as Yourself 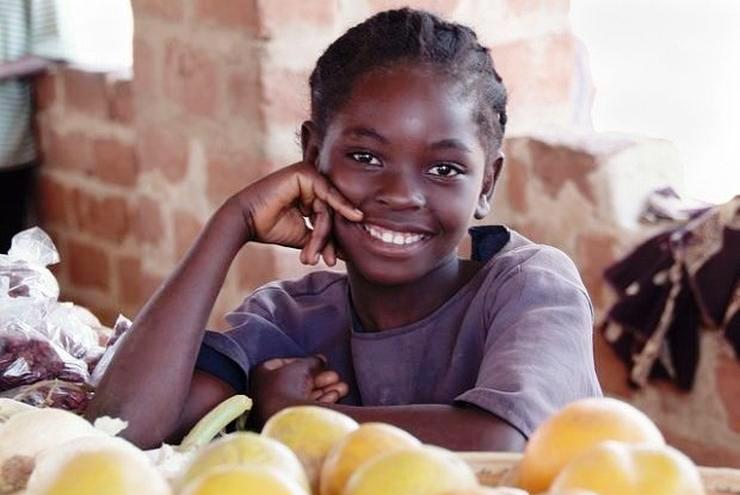 The world was created by God so that all could have nourishment: “Food is not something to be consumed, but a gift of God to be shared”. A reflection by Enzo Bianchi, Prior of the Monastic Community of Bose, Italy.

God created a world in which the living could live and therefore find nourishment. The first pages of Genesis tell the story of creation. God entrusts food to humanity in the man/woman polarity: “See, I give you all the seed-bearing plants that are upon the whole earth, and all the trees with seed-bearing fruit; this shall be your food. And so it was. God saw all that he had made and indeed it was very good” (Gn. 1, 29).

All the fruits of the earth are given to man but there is emphasis on grass and seed-bearing trees, immediately showing that the seed is not meant only to be eaten with the fruit, but can fall to earth. And this is a human action: sowing requires care and cultivation by man. This page of the Bible reveals a great truth: Mother Earth nourishes us, but we must practise ‘culture’ in the truest sense of the word: that is, we must cultivate it.

Mother Earth is given to us as a garden to be cultivated, and it is written in the Bible: “The Lord God took the man and settled him in the Garden of Eden to cultivate and take care of it” (Gn. 2, 15). Here, nature and culture find the celebration of their eternally indissoluble link: a protective link that is respect, protection, intelligent and loving care. Yes, Mother Earth! Here we may detect the presence, even if not explicit, of a commandment: “Love the earth as yourself!”

This earth is to be worked on with the sweat of one’s brow, but man draws life from it (Gn. 3, 17-19). Mother Earth generates food and life; the earth which, in the end, will receive our mortal bodies – since from the earth we were made.

Food is, above all, the desire of God, good and beautiful. It is that which man earns by his work, and which man will make ever more capable of nourishing him and making him more human! Not for nothing is the beginning of culture recorded together with eating; not for nothing was language born around a rock that, like a table, gathered round itself men and women who had decided to eat together and no longer like the animals.

The manner of living out the act of eating determines its meaning and decides the role and function of food. One may use food as something to be consumed, or make of food an idol just to satisfy certain individual needs or one’s own desires. Or one can see food as a gift of the earth meant for all – not, therefore, as booty – and transform a meal into a ritual of sharing with others, and of deep communion with nature.

All food is therefore good, and it was only later that men introduced the category of clean and unclean food to construct a separating wall between holy people and impure people, the pagans. Faced with the danger of constructing an obsessive separation between foods one may eat and those that are forbidden, we must not forget what Jesus said about this: “You have heard that it was once said … but I say to you”, having recourse to the authority of a new legislator that was conferred on him by God. Mark testifies how Jesus, faced with a decision concerning the pure and impure, proclaimed: “That which comes into a man from outside cannot make him unclean because it does not enter his heart, but accomplishes its physiological function… but it is what comes out of the heart that makes him unclean!” (Mk. 7, 17-19). And so he declared pure and purified all food.

The word of Jesus declaring all food to be pure, healthy, and life-giving is decisive: all things are good as God declared them to be at the creation, and they can never become bad, not even when man uses them perversely: but if he steals them, accumulates them, and keeps them for himself, consumes them without respect or forbids them, then this becomes hell, evil!

It is not easy to accept this liberating word of Jesus! Religion with its observances, in fact, fostered mistrust towards some foods. Peter himself, twenty years after the death of Jesus, already a missionary among the pagans of Antioch, is unwilling to eat with the pagans who had become Christians, because they would eat unclean food or meat that had not been slaughtered according to the law. For this, Paul would rebuke him (Gal 2, 11-14).

This notwithstanding, he had, while at a pagan’s house, heard a voice from heaven saying: “What God has made clean, you have no right to call profane!” (Acts l0, 15). Neither food nor persons are unclean, separate, but all of them are God’s creatures desired by him and seen by him to be “very good”! It was not a mere coincidence that Paul was again obliged to rebuke those Christians attracted by religious rules, saying: “Why do you still let rules dictate to you… like it is forbidden to pick up this, to taste that, it is forbidden to touch something else? These man-made regulations, teachings with the appearance of wisdom, are but false devotions with pointless self-mortifications” (Col. 2, 20-23).

All foodstuffs are there for our use and are good, but these gifts of the earth and the work of human hands bring with them responsibilities: are we filled with wonder and amazement when we see them? Are we able to contemplate and recognise them? Are we able to give a basic summary of how they originate, grow, are harvested, prepared and cooked? Do we respect them or easily throw them away? Do we see in food the work of the earth that produces it, and the work of man required to have it reach our table as food? Are we able to accept the consequences of the fact that foodstuffs are meant for everyone, and that, instead, many human beings are deprived of them and are hungry?

There are one billion people, out of the seven billion that live on this earth – men, women and children – who are undernourished and hungry because we, the better off, grab the food for ourselves and deprive the hungry of them. The relationship with food then becomes an occasion for the wisdom of life and an appeal to our responsibility: even when we eat, the demanding question resounds: “What have you done with your brother?”

PreviousPope Francis: “I am ready to visit South Sudan”
NextKenya – Maasai: The Drinking of Milk Ceremony