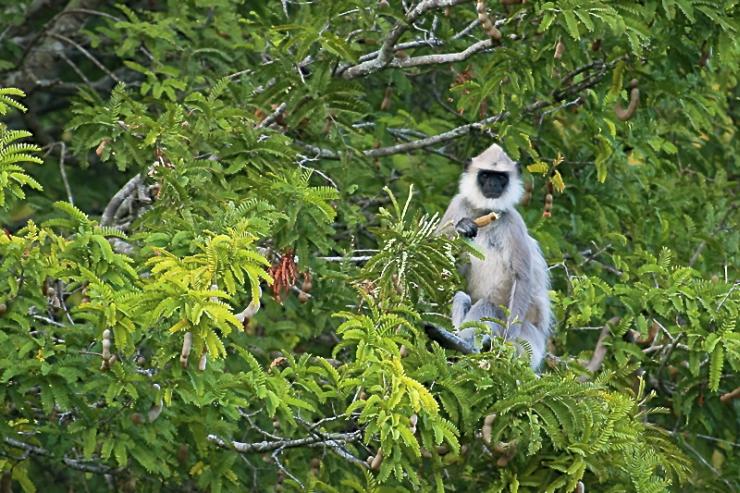 Tamarind (Tamarindus indica) is an evergreen tropical tree that grows wild mostly in the semi-arid parts of Africa. It belongs to the plant family Fabaceae and subfamily Caesalpinioidae. It is used for various medicinal, culinary, food and ornamental purposes.

The plant is indigenous to tropical Africa but has become naturalised in North and South America and is also cultivated in subtropical China, India, Pakistan, Indochina, Philippines, Java and Spain. The plant is mainly propagated by means of seeds. Different communities across Africa have different names for this unique plant.

In Uganda, for instance, the tree is known as ‘Chwa’ among the Acholi tribe, ‘Enkooge’ among the Baganda tribe and ‘Apeduru’ among the Iteso tribe.

In Benin, among the Peulh ethnic group, the plant is known as ‘Djatani’.

In Mali, the Dogon ethnic group refers to it as ‘Somé’.

In Senegal, the Wolof ethnic group refers to the plant as ‘Dahar’.

While in Kenya, the plant is referred to as ‘Mkwaju’ in the Kiswahili language.

Every part of the Tamarindus indica plant including roots, stems, fruits and leaves not only has rich nutritional values but also has broad usage in traditional medicine. The ripened fruit pulps are both sweet and sour in taste and are used for various medicinal, culinary, food and ornamental purposes.

Among the many woody plants with economic importance commonly used in semi-arid lands, Tamarindus indica is a multipurpose tree species used daily by locals for food, medicine and culture. The wood is hard and durable and the leaves and bark have numerous applications in traditional medicine and are said to improve one’s overall health, if consumed on a regular basis.

The main attractions of this wonder-plant, however, lies to a greater extent in its fruit production. Initially, the fruit shows a reddish-brown colour that turns black-brown, becoming more aromatic and sour on ripening.

Tamarind fruit pulp is most often eaten directly or soaked in water with the extract then being drunk or mixed with other foods like porridge. Many communities encourage drinking the extract from the fruit pulp to reduce the risk of heart attack and other heart-related diseases in humans. The fruit juice is also administered to quench thirst and to improve bowel movement so as to get rid of constipation. It’s also given as an energiser and for weight loss in case one is obese. Some traditional healers use the fruit pulp as a poultice applied to foreheads to relieve fever. The fruit syrup can be mixed with sugar and used to ease skin-burning sensation. The pulp is also believed to improve appetite as well as the restoration of sensation in cases of paralysis.

The fruit pulp is used for seasoning, as a food component and in juices. Its fruit is regarded as a digestive, carminative, laxative, expectorant and blood tonic. In a number of African communities, Tamarindus indica pulp is used as a sweetener in sorghum and millet porridge. Traditional healers use the pounded paste mixture of fruit pulps, leaves, flowers of Tamarindus indica to relieve pain by applying it over swollen and painful joints.

The fresh stem bark and fresh leaves of Tamarindus indica are used to make a decoction which is mixed with potash for the treatment of stomach disorder, general body pain, jaundice, yellow fever and as a blood tonic and skin cleanser. The Tamarindus indica plant together with Sterculia africana is used for stopping diarrhea and dysentery. Small parts of the twigs of the latter and leaves of the former are boiled together and a cupful of the decoction is administered orally after cooling. A root decoction is administered as a cure for coughs and fevers and also to treat menorrhagia. In cattle raring communities in some parts of Africa, Tamarindus indica pulp and leaves are added to animal feeds to enhance milk production in livestock.

Apart from the medicinal properties of Tamarindus indica, its pulp is a key ingredient in flavouring meals and snacks. It is used in desserts, as a jam, blended into juices, or sweetened drinks, sorbets, ice creams and other snacks. The hard green pulp of a young fruit is considered by many to be too sour, but is often used as a component of savoury dishes in a number of African communities.

Tamarind wood has high density and durability and is also used in making furniture and wood flooring, as well as also being widely cultivated as an ornamental tree in many homes and tourism sites.

In conclusion, the Tamarindus indica tree remains one of the most interesting and highly valued medicinal plants in a wide range of communities in Africa, particularly as a plant with huge potential disease-healing ingredients. With the aid of modern techniques, the population of Tamarindus indica can be significantly increased to meet the ever growing demand for it.

PreviousMariachi: The Soul of Mexican Music
NextBurundi: A Place For Remembering