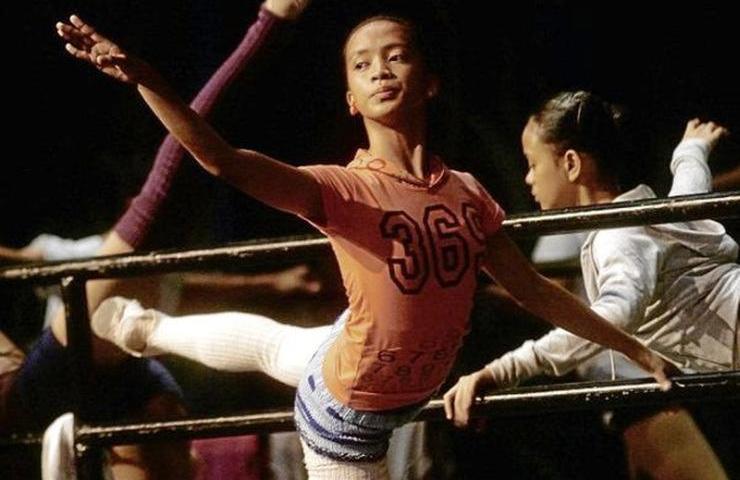 From the slums of Tondo, Manila, this 18-year-old painstakingly earned her place in the international spotlight as a professional and competitive ballerina.

In Tondo, which is the biggest slum in Manila located around one of the largest open-air dumps in the world, the ‘Smokey Mountain’, people go to the dump in search of food or any object that can be reutilised from the garbage.

Jessa Balots was 10 when she began to earn a living from salvaging garbage. Like her peers, Jessa would tag along with her parents and go from house to house to collecting rubbish, which they would then sell to secure meals for the next day.

One day, the Philippine Christian Foundation gave Jessa a chance to improve her life with free education and material support from the institution founded by British Jane Walker. Yet, after classes, Jessa would still help her parents between 8 and 10 o’clock each night to scavenge garbage. When Jessa was recruited to be a scholar of Lisa Macuja-Elizalde’s ‘Project Ballet Futures’ (PBF), she finally ‘graduated’ from scavenging.

Following in the footsteps of her older brother, who was also a PCF and PBF scholar, Jessa was initially intimidated yet amazed by ballet. “Wow, my ‘kuya’ (older brother) was dancing. I thought, ‘he’s already an actor’”, says Jessa, as she recounts her first time watching her brother in a ballet show.

Eventually, Jessa became curious and she wanted to learn how her brother and the others were able to dance gracefully on their toes and how they easily managed to perform splits on the dance floor. Before being exposed to ballet, Jessa had performed folk dances and other genres familiar to her age.

“I was motivated by my kuya. When the next audition was held for PBF scholars, he taught me the basic positions and helped me practice. I forced myself to pass the auditions because I was afraid that my brother would bully me at home”, she recounts.

At the age of 10, Jessa passed the audition and was part of the original 25 PCF scholars who were given free classical ballet training at Ballet Manila through the efforts of Macuja-Elizalde, the Philippines’ prima ballerina. They were also provided with dancing attire, ballet shoes and nutritious food as part of the PBF scholarship.

After seven years of training, Jessa is one of the two scholars from the original group of 25 who remain. She is also a consistent top student at PCF. Looking back, Jessa said that if it wasn’t for ballet, she would have remained a typical student. “If I wasn’t given the chance to learn ballet, I would have just stayed at school and focused on my studies. If it wasn’t for ballet, I wouldn’t have been able to go to other countries to perform like I do now,” she said.

Since her audition in 2008, Jessa has performed in a variety of ballet productions including Swan Lake, Pinocchio, Don Quixote and Cinderella. At age 14, she became a finalist of the 2012 Asian Grand Prix in Hong Kong and performed in Macau a year later. Early this year, Jessa flew to London to perform during a fund-raising event for the PCF. Jessa’s ballet teachers saw potential in her and eventually promoted her as a Ballet Manila company member, who is entitled to a monthly honorarium from Ballet Manila. Jessa’s allowance from Ballet Manila and honorarium from occasional ballet productions has added to the regular family income. From this, Jessa was able to provide capital for her father’s fish vending business and to convince her mother to stop scavenging. Two of her sisters continue on as rubbish pickers to augment the family’s income, however.

Aside from the exposure she got, Jessa learned the values of discipline and respect from ballet. “We need discipline in order to learn. Even if only one of us makes a mistake, we will start from the beginning. We also have to show respect to our teachers and to our fellow dancers because without respect, we will not learn anything,” she says.

The training she received and the values she imbibed prove handy beyond the walls of the ballet school. Despite being a professional ballet dancer, Jessa still dreams of finishing her studies to become a teacher someday. Jessa wants to teach Math, Science, and English.

“I want to go to college and continue ballet training simultaneously. I want to, eventually, teach and still continue with ballet as I’ve learned to love it. I can also be a ballet teacher and I dream of having a ballet school of my own someday where I will teach poor dancers like me,” she said. At 18 years old, already, Jessa is starting to teach fellow slum dwellers at a ballet studio recently inaugurated inside the PCF school.

“Whenever I look back, I wonder how I was able to get to where I am right now. I was only a scavenger and yet, I was able to attend ballet classes that only well-off dancers could afford,” she says.

“It all seemed a dream to me. All I wanted was to learn. But I received more than just training because I am now starting to make a difference to my family’s future.”