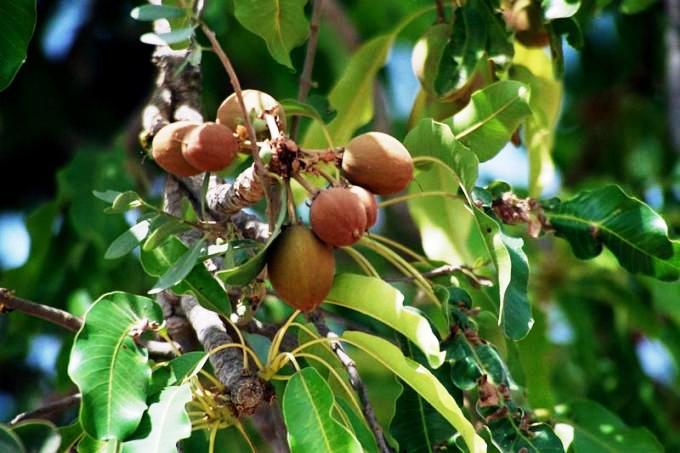 The Shea butter tree is a multi-purpose tree, highly valued not only for its economic and dietary value, but also for its medicinal uses. It is considered sacred in many communities around Africa because of the goodness it can bring to the skin, hair, beauty and health of a person.

It has two sub-species: Vitellaria Nilotica, found mainly in East Africa, and Butyrospermum Parkii, which is found only in West Africa. The Shea butter tree is a deciduous, small to medium-sized tree growing up to a height of 15-25m, and is reported to be able to survive for 200 years. Currently, it grows mainly in the wild, though it is becoming semi-domesticated on farmlands. The leaves of the butter tree are spirally arranged, mostly in dense clusters at the tips of branches. Its fruits have 1 to 2 seeds, weighing 10-50g, and are initially green when raw but turn a yellowish green or brown when ripe.

The shea butter tree is a multi-purpose tree and is highly valued not only for the economic and dietary value, but also for its medicinal uses. Shea butter has been a food security for centuries as it provides the communities with an immediate source of energy, particularly in the dry season. It is an important part of the human diet, since its oil is used in many communities for frying food and making stews. The more one eats its fruits and uses its butter, the more one loves it.

In fact the importance of the shea butter tree mostly lies in the oil extracted from its seeds called ‘shea butter’ oil. To obtain the oil, the seeds or nuts are collected for extraction of shea butter after eating the fruits. The shea nuts are among the high oil producing seeds with an extraction yield of 45-60%. For centuries, shea butter has been extracted using indigenous artisan methods, but the extraction rate has been low (just less than 20%). However, modern extraction techniques using cold press extraction technology have been applied to improve the yield more recently.

Apart from being edible, shea butter has been used as a cosmetic for centuries because of its high skin penetrating properties with anti-aging and anti-wrinkling properties. In Africa, the Shea butter tree is considered sacred in many communities because of the goodness it can have for the skin, hair, beauty and general health of a person. Indeed, shea butter has been used for centuries in many communities in Africa, not only as a natural conditioner for hair but also as a moisturizer, which makes it a favourite skincare product with therapeutic qualities. It is also known to heal burns and injuries, and has the ability to get rid of surgical marks, dermatitis, and stretch marks.

Traditionally, Shea butter has been known to maintain the skin and keep it clear and healthy, besides preventing premature wrinkles and facial lines by restoring elasticity to the skin, reducing the aging process. In addition, it is also known to soothe rough and dry skin and also to soften dry or damaged hair.

Shea butter can also be used as a natural sunscreen; it provides protection against the ultraviolet radiations of the sun.

In some communities, it is applied to the umbilical cord of newborn babies to hasten its healing and it is always preferred to other body creams for newborn babies. In fact, it is very frequently used for massaging the body of babies during their daily bath, as it is deemed pure and contains natural moisturisers and vitamins that give babies a smooth skin.

In addition to the oil, the shea butter tree roots, leaves and stem bark also have important medicinal uses. Traditional healers have been reported to use the root decoction for the treatment and management of stomach disorders.

The tree has also been widely exploited for charcoal because it burns slowly. This has resulted in over exploitation of this important plant for short term gain. The wood has also been used for making sitting stools, ox-plough yoke, pestle and mortar for pounding.

More stringent measures need to be taken so that this unique plant is conserved at all cost.

PreviousBenin: Dancing With The Spirits
NextRadio ‘Voice of Peace’: The Radio Station of the Nuba People