India: The Healing Path Of Yoga 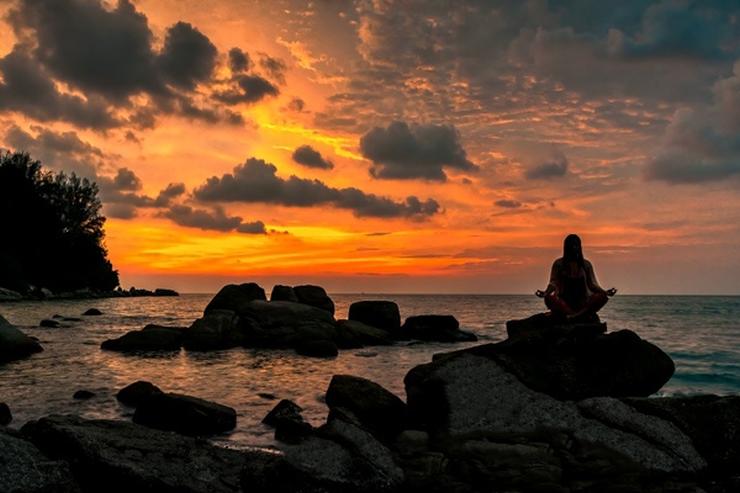 “I had severe back pain and wheezing while studying nursing in Kerala in 1976. I took medicine for a long time. But the pain was always strong. In 1985, I met a yoga guru who came to the institution where I was studying. I decided to talk him about my health problems. He advised me to take up yoga and taught me how to do it. I began to feel better and had finally had some relief from my back pain and wheezing. I felt it was a blessing from God. I then decided to make yoga a part of my life”, Sister Infant Tresa, talks calmly, smiling at us.

Sister Tresa is both a Catholic nun and a yoga teacher. She belongs to the Franciscan Clarist Congregation, a Kerala-based congregation with the largest number of religious women in India. Prior to becoming a full-time professional yoga teacher, she worked as a nurse in various hospitals and medical colleges in Kerala. “In 2006, after retiring as a nurse, I decided to teach yoga to help others. In the same year, I set up a yoga centre at the Nirmala Medical Centre in Muvattupuzha, Kerala state. After a few years, I set up another yoga centre in Thodupuzha, a nearby town where I now teach two days a week”, Sister Tresa said.

To Join Together As One

As a 3,000 year-old tradition, yoga originates from India and is derived from the Sanskrit word ‘Yuj‘ which means to unite, to join together as one. It is physical, mental, intellectual, emotional and spiritual. It is a discipline and a holistic science. It touches all aspects of human life. As Sister Tresa points out, “Yoga promotes physical and mental health, including mind control. Yoga can change our lifestyle. I believe that yoga can change a person physically, mentally and spiritually for the better and can provide a great deal of inner strength”.

According to the sister, “Yoga enhances concentration, improves meditation and helps people stay focused. It helps people to be in the moment in which they live. Gradually they become aware, first of their bodies and then of their breath. Yoga brings them to focus on it, to control it. Once that has been achieved, the transformation has begun”.

The Most Popular Types Of Yoga

There are five popular types of yoga:

Hatha Yoga is the most widely practiced type of yoga and is an excellent introduction for beginners. It is gentle, with slow and smooth movement, and the focus is on holding the poses and integrating breathing into the movement.

Iyengar Yoga focuses more on body alignment and balance, holding body positions for longer and using props such as straps, blankets and blocks. As well as Hatha Yoga, it is also a good choice for beginners.

Kundalini Yoga empathises rapid movement through the poses and positions and involves breathing, chanting and meditation. It has a more spiritual feel than Hatha and focuses on energy balance in the body.

Bikram Yoga is derived from traditional Hatha Yoga, but there is a difference. It is practiced in a room heated at around 105 degrees Fahrenheit. The objective is to loosen muscles and to sweat, in order to cleanse the blood and remove symptoms of diseases and chronic pain.

Finally Ashtanga Yoga or sometimes known as power yoga, is an ancient system of yoga. It is taught by one of the great masters of yoga, Sri K. Pattabhi Jois and is an aggressive workout where somebody moves quickly from one position to another to build strength and endurance.

Sister Tresa comments, “Most human illness can be cured by yoga. Yoga helps in generating correct quantities of hormones from all glands in a human body. Diseased organs in a human body are repaired, encouraged, rejuvenated. Muscles and bones, nerves, respiratory, excretory and circulatory systems are coordinated and make the body flexible, healthy and able to adjust to the environment”.

At present, two yoga centres function under Sister Tresa’s supervision. She has taught yoga for nearly 4,000 people at the two yoga centres. She concludes, “My spirituality, my faith, my mental and physical health, and strength that I gained through yoga are my assets. I’m a person of positive thinking and a committed religious woman”.

PreviousCharles de Foucauld: The Spirit of the Desert
NextSenegal: A Shelter For The Talibés