Kenya: An insight into Maasai culture 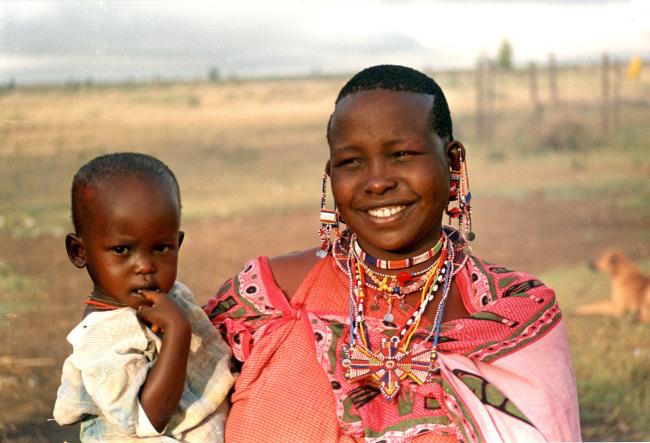 The Maasai people are an ethnic group who live in Southern Kenya and northern Tanzania. They are a unique tribe who live a traditional life, accounting for around 0.7 percent of Kenya’s population. There are many divisions and groups within the Maasai culture.

The Foundations of the Maasai

The founder of the Massai was Maasai Massinta. He was said to have had two wives, the first of which had three sons, and the second had two. The five sons make up the founding fathers of the Maasai.

Divisions: The Right and Left Hand

Each Maasai belongs to one of two houses – either enkaji nado ilasho, which literally means ‘the house of which the calves are red’ or enkaji narok ilasho, meaning ‘the house of which the calves are black’. These two major divisions are called ‘moieties’. The names from these houses come from the wives of the group’s founder, Maasai Massinta. One of his wives lived on the right hand side of the entrance into the house, and she had cattle that were red. The second wife lived on the left hand side of the entrance and her calves were all black.

There are three clans in Masaai culture, and this is the second most important division for the people, as they regulate rules of marriage, inheritance and hospitality.

As the clans and people grew and expanded, they acquired new names for each group based on their varying tendencies.  Groups are referred to as ol-osho.

The names of groups include:

Growing up a Maasai

When a child is born into the Maasai culture, traditionally when the umbilical cord is cut after child both, the mother or midwife will say:

“Hold onto your own life and I will hold on to mine!”

While this implies that the child will have to fight for survival by themselves and stand on their own two feet, this couldn’t be further from the reality. Maasai life is very much community based. Even childbirth itself is a community activity. When having a baby, a woman will give birth in her mother’s house, and women from the community will come to witness this.

The child will from then on never be alone. From the moment they are born, they join different groups with their own rules and traditions. These will go on to regulate the child’s actions and way of life without being too strict, but will ultimately also protect the child.

PreviousEcuador: An Afro Community Celebrates Christmas
NextEthiopia: The Symbol Of The Cross