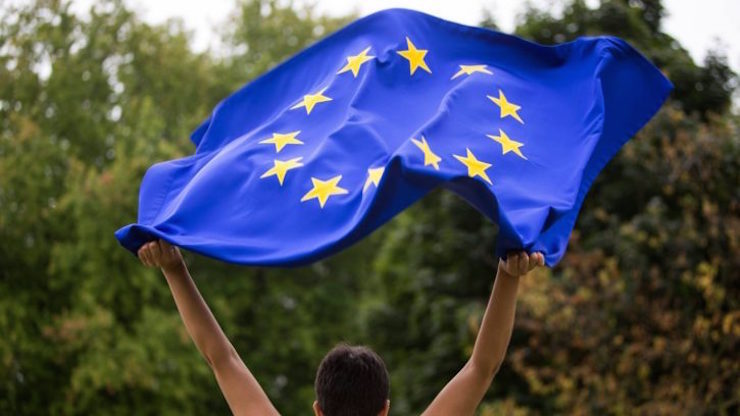 Combating regional disparities throughout the EU; caring for the natural environment and eliminating food waste; curbing the export of weapons in armed conflict areas and respect for human rights by multinational companies. These are 4 priority areas that the members of the new European Parliament will be called to address, highlighted by Justice and Peace Europe in a Report released ahead of next May’s European elections, titled “Adjust Europe to the common good.”

A comprehensive European regional policy to combat territorial disparities within Europe; care for the natural environment and eliminate the unacceptable high levels of food waste; curb arms export to areas of war and armed conflict and respect for human rights enforced with a legally binding instruments at international level for multinational companies.

These are the four “priority areas” that the next European Parliament is called to take into account. The priorities were identified by Justice and Peace Europe (a network representing national Commissions), in a document titled “Adjust Europe to the common good” released with a view to the elections for the renewal of the European Parliament that will take place next May 23-26.

Regional disparities and migration within the EU is the first issue highlighted by J&P Europe. In 2017 average hourly labour costs in the EU ranged from 4,90€ in Bulgaria to 42,50€ in Denmark. Regional disparities are to a certain extent unavoidable in the single market but the current differential is of such an order of importance that many Europeans decide to leave their region or country of origin and migrate to places with better jobs and opportunities. For example, over the past 25 years, Bulgaria lost 10% of its population and often those who leave are the most qualified and belong to the younger generation.

According to the Report we are facing a veritable “exodus from rural and underdeveloped areas.” The depopulation of vast parts of the European Union and the impoverishment of those who stay behind – states Justice and Peace – are negative side effects of the Single market, which must not be tolerated.” The next European Parliament – reads the Report – should declare this a matter of priority because the high level of distrust in European institutions, including the European Parliament, results at least partly from their perceived or real inefficiency in the face of growing social and territorial disparities within the EU.

Food waste – a model of production and consumption that urgently needs correction. This is the second point highlighted in the Justice and Peace Report. “The enormous food waste in developed countries is a scandalous illustration of the negative side effects of the prevailing modes of production and consumption” that the next European Parliament will need to take it into account.

In the EU the amount of food waste is estimated at 88 million tons per year, which is more than one fifth of the production. At such levels drastic changes must take place in the food production system, including consumer behaviour. Justice and Peace calls upon the European Parliament to ask for “the introduction of an obligatory food waste reduction target at the EU level along with a unified and agreed methodology to measure food waste.” Promoting peace in the world and curbing irregular EU arms export. In the last years weapons produced in the European single market have been used in many wars and armed conflicts.

In 2017 the EU 28 countries had a share of 24% of total weapon exports after the USA (57%) and before Russia (9.5%) according to the Stockholm International Peace Research Institute (SIPRI). Whilst the overall exports of weapons from the EU increased by 10% in the period 2013-2017 as compared to 2008-2012, the exports to the Middle East increased by as much as 103% during this period. “It is sad to acknowledge – writes Justice and Peace – that European weapons factories have been among the most important weapon providers to the region.” The Report enlists the Codes of Conduct and sanction mechanisms regulating arms export. However, these rules have been “frequently violated.” Justice and Peace thus asks the members of the next European Parliament to actively promote adequate measures along with an effective system of sanctions in case member States violate the rules.

Respect for human rights. A number of multinationals – larger ones in particular- operate in world countries in ways that may constitute human rights violations. It’s the last denunciation highlighted in the Report. Justice and Peace Europe calls upon the next European Parliament to continue to promote an active and constructive engagement of the European Union with the open-ended Intergovernmental Working Group on transnational corporations and other business enterprises with respect to human rights. (M. Chiara Biagioni /SIR)