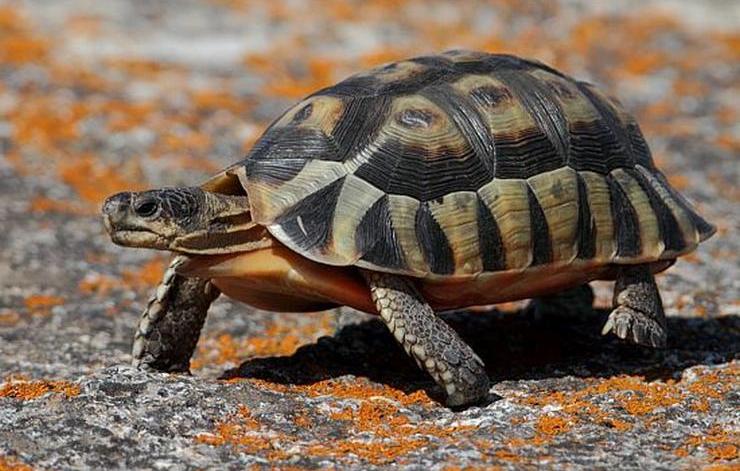 Tortoise and Hare were chatting when Tortoise declared: “I bet I can beat you in a race.” Hare was stunned for a minute. He wasn’t sure he heard Tortoise correctly. “Did you say something about a race?” Hare asked. Tortoise elaborated: “I challenge you to a race and I want all the animals present to witness your defeat.”

Hare started to laugh, “This is the most ridiculous thing I have ever heard” he said. “It will take you many years to cover the distance I can run in one day. It is silly to race against you. Everyone knows that I will win.”

The race began and Hare bounded away, eager to get the race over with. He still thought it was ridiculous to be competing against Tortoise in a race. But what Hare didn’t know was that Tortoise had positioned his cousins along the race path while Tortoise himself waited near the finish line.

As Hare turned the corner around the forest path, he saw Tortoise walking ahead of him. “This is impossible!” he exclaimed. “How did you get here? he asked.

“Though I walk slowly, when I run fast, I run so fast you don’t even see me pass you” Tortoise replied. “Impossible!” muttered Hare as he ran past Tortoise.

Hare started to run faster. As he turned another corner in the forest path, he again saw Tortoise walking ahead of him. “You’ve got to be kidding me!” said Hare as he approached Tortoise. “How did you get in front of me again? Hare asked.

“Though I walk slowly, when I run fast, I run so fast you don’t even see me pass you” Tortoise replied as he slowly walked along. “Impossible!” muttered Hare as he ran past Tortoise.

Hare started to run even faster. Again, he turned a corner and saw Tortoise walking ahead of him. “Oh no! This cannot be happening” thought Hare as he ran past Tortoise. He wasn’t going to stop to talk anymore. He tried to run even faster but he couldn’t because he was tired from running so fast.

Then, as he turned the corner to run the last stretch of the race, he saw Tortoise walking across the finish line ahead of him. “Impossible! Impossible!!” shouted Hare as Tortoise was declared the winner of the race.

Oral literature: why the bananas belong to the monkey