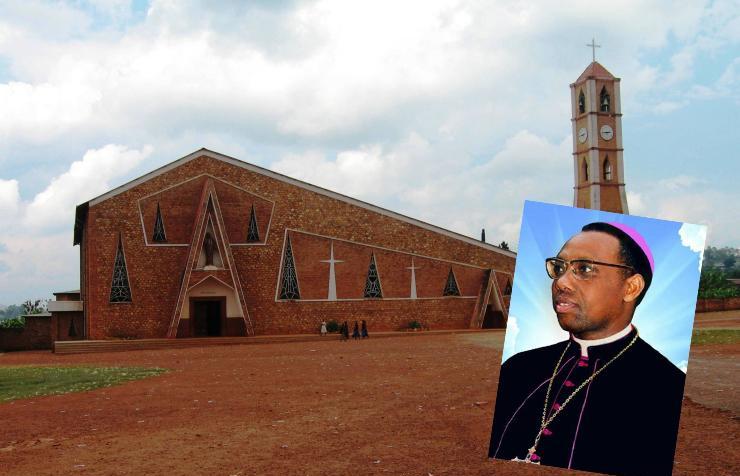 On September 9, 1996, his car was attacked by a gang of armed men. Mons. Ruhuna and a religious sister were killed on the spot. “He spoke clearly and powerfully condemned atrocities. His message was repeated everywhere, and it signed his death warrant.”

Joachim Ruhuna was born on October 27, 1933 in Nyabikere to a deeply Christian family. His father was a catechist and although originally from Buyogoma, was sent to Mugera, Burundi’s second oldest parish, founded in 1899. With the help of Fr. Nutyahaga, future bishop of Bujumbura and the first native Burundian bishop, Joachim entered the minor seminary of Mugera.

As to his growth towards a priestly vocation, his classmate, Fr. Pascal Nizigiyimana, testified: “We had enormous esteem for young Ruhuna. He was kind and intelligent. As he matured, his love of prayer was his most obvious passion. From the very beginning, he told us that he wanted to become a priest. It’s surprising, I never heard him voice any doubts.”

Ruhuna continued his studies at Burasira and then spent two years at Kinshasa where he obtained his baccalaureate in theology. He was ordained in 1962.

He was appointed Inspector of Schools from 1962 to 1966. He continued his theological studies in Rome from 1966 to 1970, and his doctoral thesis was entitled, “Le Sacerdoce Pré-chrétien dans les Croyances et Pratiques Religieuses du Burundi” (The Pre-Christian Priesthood in the Beliefs and Religious Practices of Burundi).

From 1970 to 1973, Ruhuna served as the rector of the Major Seminary of Bujumbura. In 1973, he was named bishop of the new diocese of Ruyigi. He brought in several religious congregations in order to encourage evangelization and development. He became the coadjutor Bishop of Gitega in 1980 and in 1983 was named archbishop of the same diocese, an office he held until his death in 1996.

Ruhuna sought to be close to the people of God. He loved visiting his parishes and their subsidiaries so that he might help their growth, offer encouragement, and correct any errors. He loved to foster vocations, especially those to the priesthood. He also founded a new religious congregation, “Les Apôtres du Bon Pasteur et de la Reine du Cénacle” [The Apostles of the Good Shepherd and of the Queen of the Cenacle]. By means of this group, he wanted to make it possible for young people to join a local congregation that was intimately familiar with Burundi’s unique pastoral needs.

Development was also one of his priorities. With the assistance of many organizations and in cooperation with the diocesan office of development, Ruhuna undertook several important construction projects. Of these, schools were on the top of his list.

The assassination of Burundi’s first democratically-elected president, the Hutu Melchior Ndadaye, plunged the country into civil war. Although deeply grieved by this disaster, Ruhuna did everything he possibly could to stop the violence and to protect innocent victims, regardless of their ethnicity. Many times, while working for peace, Ruhuna barely escaped death.

On July 13, 1996, he celebrated a funeral mass for hundreds of displaced Tutsis who had been slaughtered by armed bands of men. He spoke clearly and powerfully condemned the atrocity. His message was repeated everywhere, and it signed his death warrant.

On September 9, his car was attacked by a gang of armed men while he was returning from the seminary of Burasira. Ruhuna and a religious sister were killed on the spot.

A consecrated laywoman died later, but four of the vehicle’s occupants were unharmed. Thus, ended the life of a faithful shepherd, a life that was consecrated by the supreme sacrifice: “Greater love than this no one has, that one lay down his life for his friends.” (John 15:13).

Mons. Simon Ntamwana, Archbishop of Bunjumbura, said the attack against the archbishop was an “extremely serious aggression against the church.” He called Ruhuna a “very moderate man who had sought dialogue and fraternity.”

At least 12 priests were assassinated in Burundi since a coup attempt in October 1993 in which the country’s first Hutu president, Melchior Ndadaye, was killed.