Many rivers to cross for President Biden 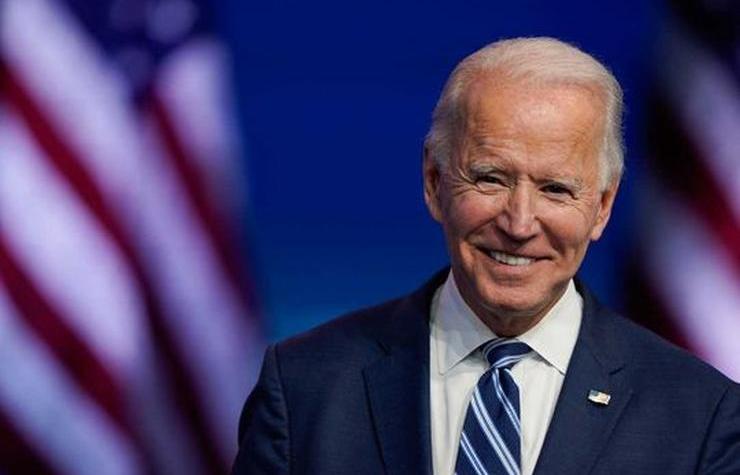 There are different contending stories about the 2020 US Presidential election. The comforting one is that Joseph Biden, with his running mate Kamala Harris, won a popular mandate by seven million votes.

The disturbing one is that Donald Trump increased his popular vote by over eleven million. It is estimated that 93% of those who voted Republican in 2016 renewed their support, undeterred by the evidence of four years of misrule by a manipulative demagogue consciously cultivating resentful, violent, and what Yale History Professor Timothy Snyder calls pre-fascist movements promoting the politics of white supremacy. Besides the pandemic, four rivers stand out for President Biden to cross.

The first is 74 million voters who chose Trump. What got into almost a quarter of the country’s population? The short answer is fear. There is nothing novel about that. McCarthy knew how to tap into it in the 1950s. But from the beginning US political culture, born in the lonely conquest of an expanding frontier and a violent confrontation with Native Americans was imbued with fear.

In the South, slave owners’ own violence was projected onto its black victims. An abiding anxiety that only brutal punishment stood in the way of insurrection and retaliation, was the result. What other country has a powerful and successful lobby persuading families of the need to own guns for protection? And in what other country do gun sales soar when protests take to the streets against unlawful police killings of black people?

A substantial number of angry Americans seem to see, or countenance, white supremacy as a defence against black, or non-white, advancement. Demographic changes in the USA are felt as a zero-sum game. Non-Hispanic Whites make up 60% of America’s population but to many the Obama Presidency, despite his best efforts, looked like a period when the White majority lost control.

Trump’s attempt to undo everything Obama had achieved spoke to his supporters: he understood their fears and resentments, he was their champion. The Biden team must now promote the traditional promise of the ‘City upon a Hill’ and destroy the lie that equality of opportunity and fairness is an evil un-American force called Socialism. Failing that, Biden may have to fall back on his Catholicism for a coherent counter-narrative.

The second swirling river to cross is the Republican Party itself. Trump drew in a rag-bag of small extremist movements addicted to racism, wild conspiracy stories and hatred of ‘elites’. They now both support and threaten the hundred or so Republican congressmen and perhaps ten senators, shaped by the former Tea Party movement and fearful of their voter base, who went along even after 6 January with what they knew to be Trump’s blatant lies, and particularly his biggest lie of having won the election.

Professor Timothy Snyder divides these elected representatives into two categories: the ‘gamers’ who cynically surf the wave of popular feeling rather than lose office and the ‘breakers’, quasi-anarchists bent on destroying ‘the system’. Were the Republican Party to split, the ‘breakers’ would form the core of a Trumpist Party. The Republican Party as it now stands is a huge obstacle in the path of national reconciliation and, while the Senate is so evenly balanced, will make it very difficult for Biden to produce economic gains for his supporters and the disaffected workers who once would have voted Democrat. Already a daunting task after the pandemic’s damage to the economy.

Democrats will also have to tackle Republican power at a state level. Where Republicans control state legislatures and governorships gerrymandering and voter suppression on a large scale will persist. Frightened people are gullible. In key states voters behaved differently from expectations. For example 18% of the black vote in electorally all-important Florida, voted Republican in addition to the state’s Cubans and Venezuelans, taken in by the portrayal of Biden as a Socialist Front candidate propped up by a female Vice-President who as a public prosecutor had sent a lot of black Americans to jail. In South Texas (along the Mexican border) the Biden Democrats took the Latino and farmworker vote for granted but they fared worse than Hillary Clinton.

A third river to get over for Biden, and crucial to Trump’s success, is the endless flow of misinformation from radio and TV stations which act as echo chambers for his lies presenting him as the leader of victimised white Americans. Equally, until the shock of the storming of the Capitol pushed the great social media platforms to ban Trump, they’d given almost free play to various pre-fascist and conspiracy groups of different kinds. The internet giants then tried to put the genie back in the bottle. Their regulation by government will be a complex task. Curbing the impact of pernicious radio and TV shock-jocks and their popular angry and emotional presentation of politics will be equally difficult. Biden will have to establish some kind of consensus about a regulatory programme consonant with the freedoms guaranteed by the Constitution.

Fourthly and finally, reversing the flow of foreign policy directed by Trump won’t be simple. Multilateralism has a price tag in domestic approval and dollars. Isolationism is popular. Given domestic pressures, Biden will be disinclined to cut the Gordian knot that is Israel, a knot tightened by Trump. The difficulties of re-opening a peace process based on a serious two-state solution are great. The US needs to support Lebanon in danger of disintegration.

Attempts to reinstate the nuclear deal with Iran will not be welcomed by the Islamic Revolutionary Guards nor by concessions from the Supreme Leader, nor by those pre-occupied by Iran’s proxy militias in the region. The Iranians have already increased uranium enrichment to 20% in retaliation for Trump’s reneging on the international nuclear treaty. China is the key to effective action on climate change, said to be Biden’s priority, and is crucial in blocking North Korea’s nuclear weapons programme. But, post-Trump, how can there be any Nixonesque diplomatic demarche towards China given its appalling human rights record which the incoming administration cannot ignore?

Electoral defeat for Trump doesn’t mean that the pursuit of white supremacy and Trumpism will disappear. At last, after the debacle of 6 January, the focus of national security has swung towards the internal threat of armed militias and white supremacist terrorism. Biden has to decide how to clamp down hard on the leadership of such extremist groups without creating martyrs. The currency of white domination is fear and violence. Biden’s greatest immediate task is to stop its circulation. To do so he must make America less angry and less fearful. Many rivers to cross and they run deep and wide and flow fast.

PreviousMalawi: Dancing with the Spirit
NextSudan: An incubator for young entrepreneurs