EU Bishops urge access to COVID-19 vaccines for all 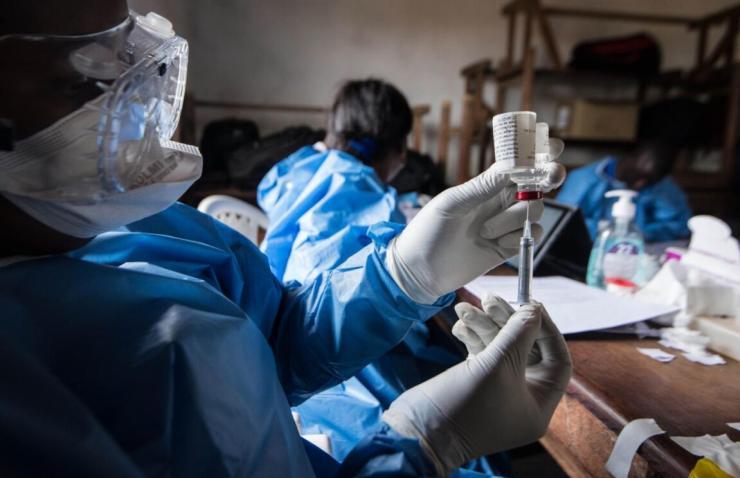 The Commission of the Bishops’ Conferences of the European Union (COMECE) and Caritas Europa are urging the EU institutions to ensure vaccine access for all, promoting a “widescale vaccination not only for Europe’s own safety and protection, but also for global public health as a public good.”

With COVID-19 vaccines finally being administered to populations especially in the global North, richer countries can increasingly see a light at the end of the tunnel to this health and economic catastrophe.

The scientific community moved quickly to initiate the research needed to identify appropriate vaccine solutions. EU Member States – under the lead of the EU institutions – took steps to mobilise economic resources to support that research.  Investments were made at the interface between public institutions and private companies. With astonishing speed and without skipping the necessary safety and efficacy testing for new vaccines, humanity now has effective tools to address the pandemic.

This new paradigm should help to offset some of the devastating impact of the crisis in terms of anxiety over one’s own health and that of others, emerging social inequalities, and the impoverishment of large segments of the world’s population. But with this paradigm shift emerged a number of concerns and some confusion: how were deals negotiated between the EU institutions and the pharmaceutical companies? How would vaccines be allocated, especially in the early months of production? Who would receive vaccines first?  How can production capacity be increased, with the means of production not always within EU borders? And why were public institutions so seemingly unprepared?

The European Union plays an important and crucial role in this entire process. This Union is built on the foundation of the principle of solidarity. Commitment to solidarity must be the decisive criterion in this historic moment. It is urgent to implement mass vaccination campaigns quickly.

We urge the European Union to promote widescale vaccination not only for Europe sown safety and protection, but also for global public health as a public good, benefiting people living in poorer nations as much as they benefit people living in countries with the resources to create and produce the vaccines. Ensuring vaccine access for all – that they are available and affordable – is a global moral urgency.

The EU Vaccine Strategy must be quickly defined in detail. After the accelerated development of the vaccines, a stronger focus must be put on manufacturing and deployment. This calls for stronger interdisciplinary support by all EU institutions. We welcome the establishment of the new HERA incubator instrument by the European Commission to identify and eliminate bottlenecks in vaccine production and to adjust output to the emergence of new virus variants. Organisational and logistical capabilities must be developed to meet the demand for mass vaccination: all work toward this goal must be supported and encouraged.

The European Union should support Member States in favour of accurate health education to actively promote mass information and advocacy campaigns to overcome fears of vaccination and misinformation. From a global perspective, access to vaccination has regrettably been unequal and inequitable so far.

We are witnessing deplorable tendencies toward “vaccine competition” and “vaccine nationalism” in the form of export bans and other protectionist measures to lock vaccine supplies away from poorer countries. Already vulnerable countries are made even more isolated and vulnerable, risking to reverse decades of human development and threatening to stall humanity’s progress toward the achievement of the 2030 Sustainable Development Goals.

With Pope Francis, we believe that if vaccines are to ensure our collective well-being, they “need to be available to all… especially the most vulnerable and needy of all regions of the planet” (Urbi et Orbi Christmas message, 2020). As has been stressed by the World Health Organization’s Director-General, Tedros Adhanom, “the priority must be given to vaccinating some people in all countries, rather than all people in some countries”.

We therefore urge the European Union and its Member States not to cede to a worrying prevalence of national or economic interests, but to persevere in having its internal and external actions   guided by the principles of fraternity, solidarity, subsidiarity, social justice and inclusiveness, in order to enable equitable access to vaccines both within individual countries as well as across the EU and the global community.

We welcome the EU’s commitment through its Team Europe approach to the establishment of the global COVAX facility, aiming to allow equitable access to COVID-19 vaccines also in economically weaker regions in Africa, Latin America and Asia, and we call for the Union’s continuing active engagement in view of making this tool an effective instrument of global solidarity.

Moreover, we encourage a constructive cooperation between the EU institutions and Member States on a swift operationalisation of the recently announced common EU vaccine sharing mechanism, so as to allow additional vaccine supplies to flow to the needy regions in the EU’s Neighbourhood, Africa and other parts of the world.

The EU’s multilateral engagement is also required to address intellectual property issues, with the aim of facilitating localised production of vaccines, while strengthening local manufacturing capacities by providing technical advice and support to do so.

In this context, the EU should promote a multi-stakeholder approach by involving local actors, including Churches and faith-based organisations, who often provide medical care and support to the most vulnerable communities in even the most remote rural areas.

Europe should invite what is constructive criticism and listen to the voices calling for vaccine justice.
Europe can make its COVID-19 vaccine policy not only the “beginning of the end” of the pandemic crisis, but also put it as the “beginning of a new beginning”, for a renewed policy in the service of the common good and solidarity.