Reflection: Global Warming Can be Stopped 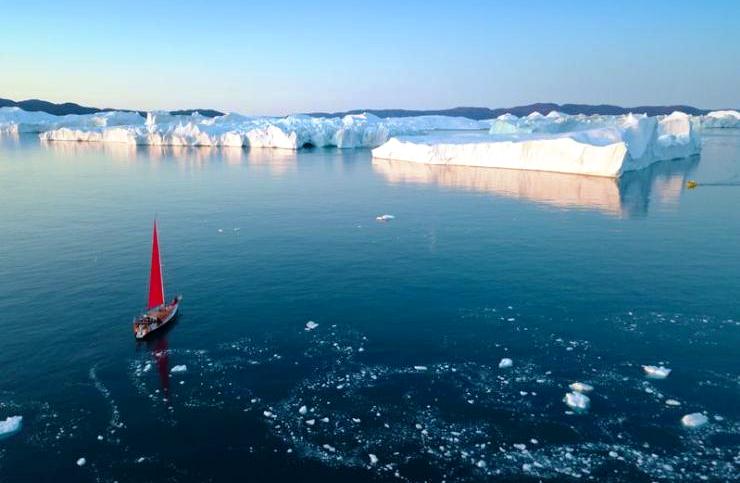 One of the most famous and committed protectors of the natural world and defender of the planet is David Attenborough. Recently, he gave a speech online to the UN members of the Security Council on climate change and security. Climate change is disrupting our world and the temperature has risen one degree centigrade and it will not go back. There is no going back, he said. We have reached a point of no return and that is a security risk to the planet and to every nation. We can stop it rising higher.

One of the grave security risks is the increase in number and severity of natural disasters that is turning millions of people into victims of draughts where rice fields are turning to deserts in one part of the world and becoming permanent lakes in others. The devastating fires around the world have driven thousands from their homes and killed millions of animals. Wildlife is fast disappearing. Many people are so complacent to see birds flying and fish swimming in the sea cannot and cannot imagine or accept that they may soon be no more as many are already diminished or extinct because of us and our fossil fuel-based lifestyles.

Millions of poor people are the worst affected and will live in greater poverty than before. Climate refugees are becoming the greatest threat as millions are displaced by natural disasters and head to other nations asking for help and work. Their numbers will continue to increase.

Besides, the growing increase in CO2 from coal plants and vehicles is making the earth warmer. Vast tracts of marsh lands in Siberia and near the Arctic Circle are melting, releasing billions of tons of methane into the atmosphere. This, too, is adding to the blanket of gas that is insulating the planet and preventing the heat from escaping while the sun beats down roasting everything on the planet.

Winters are already harsher, colder and more prolonged as happened this year again in the northern hemisphere reaching as far south as Texas in the USA, cutting the electric power grid and people almost dying of cold as one child did. This is unheard of in many years. Nothing like this increase in global temperatures has happened for millions of years and when it did, the earth was uninhabitable, even animals could hardly survive, and thousands of species became extinct. It’s happening again all because of us humans, the species with the big intelligent brains who should know better. We do know better, but good choice does not always follow the facts.

Many politicians and corporate bosses especially in the developed economies refuse to face and admit the truth of global warming and dangerous climate change simply because of corporate greed, the love of comfort and money and to retain political power and economic growth. David Attenborough tried to convince the Security Council of this fact.

The near absence of political will and the blindness of denial are allowing the planet’s temperature to creep upward to the maximum allowable temperature increase of 2 degrees before even greater disaster will occur. Even this one degree increases, the experts say, is already a calamity. An increase of .75 degrees is causing the death of the coral reefs- the life-giving food of thousands of species of fish upon which millions of families depend for a daily meal.

The oceans are under threat, too, not only from over-fishing but they are absorbing all the CO2 they can and they are becoming more acidic. Global fish stocks are threatened as a result. There will be more massive crop failures, drought, floods, rising sea levels, greater forest destruction and massive population migrations. The prices of food commodities are increasing at an alarming rate and as production drops, famine could once again kill millions in some countries in Sub-Saharan Africa. It is not only war but war against nature that is endangering the world population.

It sounds all gloom and doom, it is, and we have to take serious action to stop it. The deadline is a tipping point of global temperature that when reached could make the warming irreversible and perhaps it already is. If we humans continue destructive behaviours, like destroying forests and burning fossil fuels in coal plants to make electricity and populating the world with billions of methane-making cattle, we are making big trouble for ourselves and the rest of humankind.

The forests are threatened not only by humans in Hungary, the Amazon and South East Asia, by logging and growing soya and raising cattle for beef but by disease due to the warmer temperature where tree-destroying diseases and insects thrive. The billion cattle in the world are releasing methane, a greenhouse gas and dangerous to the planet.

Committed environmentalist march, demonstrate and petition and electing “green” politicians to push governments and corporate tycoons to stop building more coal plants and turn to non-destructive and renewable ways of making electricity such as geothermal, solar and wind power.

We too can change our community to be more climate friendly by protecting our local environment, speaking out against logging, planting trees, recycling, and establishing organic food gardens to feed ourselves and eat less meat. This is the challenge for our future and the future of our families and the next generation. Each of us can find a way to be involved in saving the environment in our community.