Oral Literature: The Leopard and The Hare 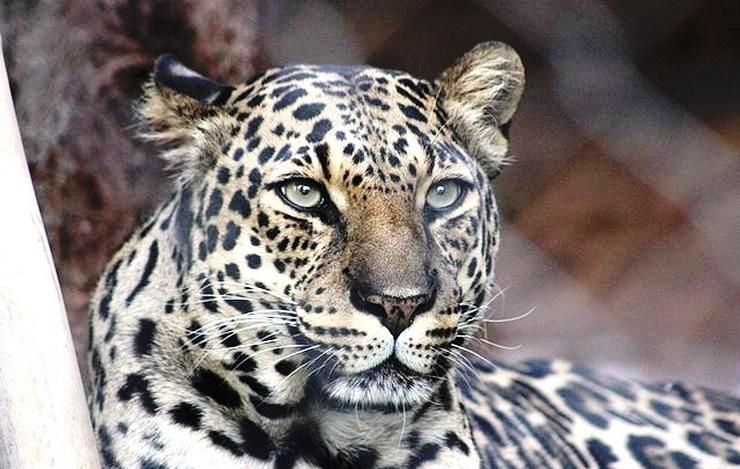 Once upon a time, there was some trouble between a leopard and a hare. The leopard had cheated the hare of his goat. As the leopard could not find the means to repay the hare, the leopard asked the hare to go with him to visit some kinsfolk on an island where he might obtain a goat to pay the debt.

The leopard said to the hare: “Makeup four lunches, because the part of the lake we have to cross is dangerous, and unless you throw some food into it to appease the lake spirit you cannot cross it safely. I will also take four lunches and throw them into the lake.”

The leopard, however, instead of tying up food, tied up four stones as packages and took his food in a bag. When they had floated some distance on a raft, the leopard said to the hare: “Throw over your food here.” So, the hare threw his lunches into the lake.

When they reached the island and were walking up from the shore, the leopard said: “In the bag of a great person there is always something to eat,” and he took out some food and began to eat it, but he did not give the hare any.

The hare understood then that the leopard meant to starve him to death to escape paying his debt. When they had gone a little further, the leopard said: “When the host brings us beer to drink in the place to which we are going, you go and bring a beer tube with which to drink it.”

The hare promised to do so. When they arrived at the garden, they were given some beer, and the hare went to bring a beer tube, but when he came back, he found the leopard had drunk all the beer.

In like manner when they were about to have a meal, the leopard said to the hare: “Go and bring a plantain stem with which we may wash our hands.” The hare went, but before he could return with it, the leopard had eaten all the food without washing his hands. The hare was very hungry but said nothing.

In the evening after dark the leopard, unobserved, slipped out quietly, stole a little goat from the neighbours, and killed and ate it. He took some of the blood and smeared it over the head and eyebrows of the hare while he was asleep.

Early the next morning the people missed their little goat and accused the visitors of stealing it because they traced the footprints to the house. The leopard came out saying: “I know nothing about it, perhaps my companion does.”

When the hare came out, the blood was on his head, and he was accused, tried, and condemned. The leopard pretended before the people that he was very angry, saying: “I will not go about with a thief; take him and kill him.” The hare was then killed.

When the leopard returned home, he told a long story and pretended to be sorry for his companion who had thus been caught and killed. The brother of the hare did not believe the story. He, therefore, went to one of the spirits and asked his advice. The brother was told how the leopard had caused the death of the hare.

The brother, therefore, went to the leopard and said: “You must pay me that debt now that my brother is dead.” The leopard agreed to do so, and also expressed his sorrow for the death of the hare. The leopard said: “Let us go to the island where my people live; they may help me to pay the debt.”

When they reached the place where the leopard said the lake spirit had to be appeased, they dropped their packages into the lake and then proceeded on the raft to the island. When they arrived and were walking up from the lake, the leopard said, “In the bag of a great person there is always food.”

The brother of the hare said: “No.” He put his hand into his bag and brought out some food. When the leopard saw this, he was very angry and said: “Eat mine also; I don’t like impertinent people.”

When they reached the border of the garden, the leopard said: “When we come to these people and they offer us beer, you must run and bring a beer tube.” The brother of the hare thought for a moment what he could do to be even with the leopard, so he said: “I feel sick, wait while I turn aside into the grass.” He had, however, gone to cut a beer tube, which he hid away in his clothing to be a match for the leopard in the next trick he would try to play.

When they reached the garden, the leopard said: “When we are given food you bring a plantain stem to wash our hands.” The brother of the hare said he would, but he made an excuse to turn aside again; and while he was away, he got the plantain stem and hid that also in his clothing.

When they were given beer, the leopard said: “Bring a tube for us to drink the beer.” The brother of the hare ran away, then, to get it, and came back at once with it, saying: “Do you see how quickly I run? Here is the tube.” When they were given food the leopard said, “Bring a plantain stem for us to wash our hands.” The brother of the hare ran off and came back almost at once, saying: “See how fast I run; here it is.”

After sunset when they went to rest, the brother of the hare took his two cowry shells and fixed them on his eyes and went to bed. Presently the leopard slipped out quietly and stole a goat from their neighbours, which he killed and ate.

The leopard went away for a time and then tried again, but again he found the brother of the hare apparently awake and stole back to his bed. By this time, it was daylight and the people had missed their goat and followed the footprints to the house in which the guests were. There they called out, saying: “The visitors have stolen our goat.”

PreviousGhana: A New Chance At Life
NextReflection: With the Flute, on the back of the Buffalo